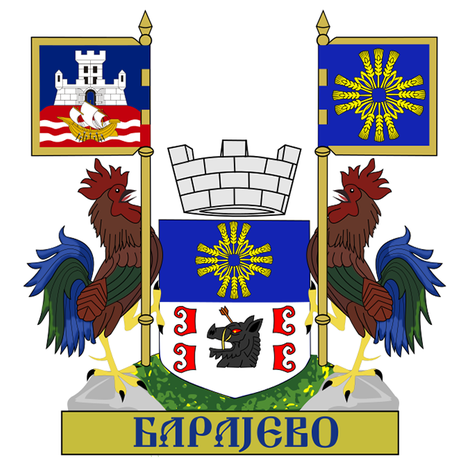 Once upon a time, while searching for a place to settle, some travelers came upon the area of today's Belgrade. Some of them really liked the place - it was abundant in water and vegetation and neither too far or to close to the city. They decided to settle here, but some of them decided to move on, saying 'this is only a pond' (bara je ovo), and that's how the municipality of Brajevo - according to legend - got its name.

The first settlements in the area of Barajevo appeared in the Neolithic age, around 5000 years ago. The largest Neolithic settlement stretched across 100 acres and was located in a place known as 'flint fields', near the Barajevo-Lipovica road.

Barajevo was inhabited by Illyrians, Celts and later on Romans. The period of initial Slavic settlement in this area isn't precisely known. Barajevo is mentioned for the first time in a cadaster survey performed by the Turks in 1536, as an alternative name for Baraj (which was first mentioned in 1528) while under Austrian occupation it had the same name it does today.

During the First Serbian uprising, this area gave rise to many famous names. The most famous is knez Sima Markovic from Great Borko, then Pavle Popovic from Vranici and the great hero Milisav Camdzija who remained known as the first person to lead the uprisers into the Kalemegdan fort.

It was in Great Borko in 1805 that on the day of Velika Gospojina, the first National assembly of uprising Serbia was held. It was then that the Serbian Law Soviet, the first organ of executive law, was established. Prota Mateja A. Nenadovic was named the first president of the Soviet and Pavle Popovic from Vranic was named the Soviet for Belgrade.

In Great Borko, during the first Serbian Uprising, operated the first ever post office in Serbia.

The seat of the municipality is situated in the Bagrdan settlement, surrounded by Cukarica, Vozdovac, Lazarevac and Obrenovac.

With its natural beauties, Barajevo is also home to many vacation houses, so during the weekends its population can rise by up to 3000 denizens.

Barajevo gained a lot of popularity in 2009, when the popular reality show 'Farm' began to air, filming in the village Lisovici.

Municipality's day: 28th of August, celebrated in the memory of 1805 when the first Serbian government was formed in Great Borko.