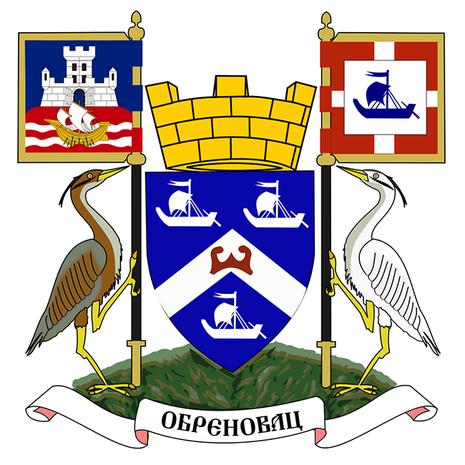 For the municipality of Obrenovac it's always been said that it has a "long past and a short history". Up until the 20th century, the town was located between Kolubara and Tamnava and had the Turkish name "Palez" which it kept since the start of the 18th century. The denizens were Serbian country folk and Turkish traders and craftsmen.

Under Austro-Hungarians, all the way up to 1739, was the seat of the Paleski county that included 73 villages, mostly consisting of Germans, Hungarians and Jewish people who named Obrenovac of the time Cvajbriken, alluding to two bridges that skipped over Kolubara and Tamnava.

The Turkish Palez was completely burned down during the Second Serbian Uprising and knez Milos Obrenovic rebuilt the town and named it after his father.

The Obrenovac municipality was included among Belgrade's municipalities in 1957.

A shift in cultures and civilizations

By the end of the paleolithic age, the first human settlements in this area began to appear. Five thousand years earlier the Neolithians arrive and their culture lasted around 2000 years. They were pushed back by the Illyrians, who brought in the iron age in the 4th century B.C. In Posavina lived the Celts and the Romans ruled this area at the start of I century B.C., only to be conquered by the Slavs in the 9th century.

In the middle ages this area changed hands several times. The 10th and 11th centuries were marked by Serbian rule. Between 1282 and 1319, this area is under Srem kingdom or the Macva bannorn whose ruler was king Dragutin Nemanjic. As his own foundation, he constructed monasteries in Grabovci and Mislodjin.

Shifting over to the left coast

Obrenovac is today located on the left shore of Tamnava where it was moved after it was burned down in 1815. The new Serbian Palez became the site of Posavski Srez for all villages on the left side of Kolubara. In those days there was already a town that gathered numerous traders and craftsmen and the many taverns that began work there were proof of the area's prosperity.

The junior school was constructed in Palez in 1824, after which came a church made out the stone that came from the demolished monastery in Mislodjin whose benefactor was king Dragutin. The place also got a post office in 1843.

The prospering town went to Knez MIlos in 1859 who had just returned to rule after being exiled with the appeal to rename Palez to Obrenovac. The Knez, who enjoyed a lot of support from the denizens of that settlement, approved the name which stuck until today.

By the end of the 19th century, Obrenovac got a Union, the first doctor and a pharmacy, a Singing Society, a Gymnast Society and even a spa which ended up making the town famous across the land.

Over the course of the next century, development continued at a rapid pace. That's how Obrenovac got its phone central in 1902 and six years later the railway Zabrezje-Obrenovac-Valjevo began to function. The railway encouraged trade and craftsmanship and the entire neighborhood became a trade center.

The denizens of Obrenovac managed to get through WWI and enthusiastically continued to advance. The first high school is opened in 1922 and not long after in 1928 the electric central began work, street lighting is set up and a new Obrenovac-Belgrade railway begins work.

The rapid development of Obrenovac was halted by new World War and in the post-war times the town continued to progress but in a much different direction.

The largest thermal power plant in Serbia - TE Nikola Tesla - was constructed in Obrenovac in 1956 and since then new blocks were added and the expansion continued on.