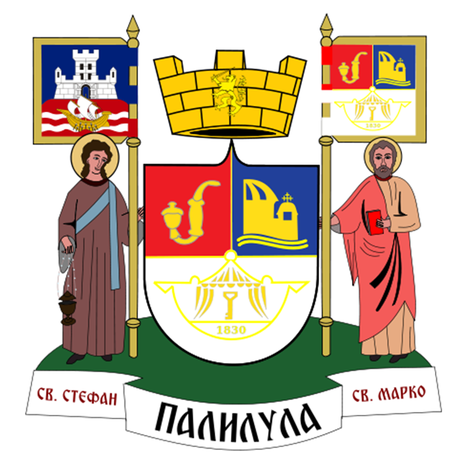 In the 19th century, Belgrade was surrounded by a moat and the village Palilula was located a short hour’s walk away. It was named by the pipe-smokers of the time who were forbidden from lighting tobacco in the city because of fire hazards, so they enjoyed their pipes in this village instead.

What’s interesting is that there is no record on who introduced this smoking ban to the city and when. Some believe it was the Turks, while others say that it was knez Milos himself who made this decision. There are written records from 1840 that state that there was a drawn pipe on one decree that signified all the locations where one could light a pipe.

Still, there is another story that states that the name came from the pottery production of that village. The ovens used for drying the pottery were called ‘pipes’ because of their shape and this name eventually spread around the village.

Either way, in 1860, Belgrade was divided into six quarts. Only 30 years later, Palilula became the largest settlement with 10563 denizens and it remained the largest Belgrade municipality to this day.

The proximity of Danube and the fertile soil resulted in ideal living conditions. The settlement began to form outside the walls of the city, between Vidin gate (where today stands the First Belgrade gymnasium) to Tasmajdan and Danube. In the 16th century, the larger settlements in the municipality began to appear. Borca and Ovca are mentioned in the historical texts of this age and Borca grew quickly thanks to the rivers retreating and the canal system being constructed and drained. This was how Borca became the largest settlement of the capital city. Around the halfway point of the 20th century, these but also newer settlements like Krnjaca, Kotez and Padinska skela were joined to Palilula.

Otherwise the archeological remnants from the Bronze and Iron ages were discovered in Borca as well as medallions, coins and figurines from the 3rd and 4th century B.C. The swampland concealed many traces of the earlier denizens but many old peoples such as Jaszs, Sarmats and Romans were confirmed to have lived here.

What’s interesting is that the entire Borca settlement was burned down in 1743 because of a plague outbreak.

On the other side of Danube, at the part towards Tasmajdan and today’s Cvijiceva street (Bulbuder stream) there were vineyards, meadows, mills and summer houses. It was the most beautiful part of the city at the start of the 18th century.

During the period between 1717 and 1739, the settlement Karlstal was located in this area which was connected with today’s Dusanova street (then known as Druga street) with the city behind the walls. The place was abundant in churches, monasteries, greenery and broad, nicely arranged streets. A true miniature paradise.

However, under the reign of knez Milos, Palilula became a village. Namely, he wanted to make Savamala into a true town, so he moved people out of the area and gifted them land near the Palilula village, in the area under the destroyed Batal mosque (in the place of today’s Serbia Congress hall).

Buildings and streets began to pop up in the fields of Palilula. The place began to bring in people from all parts of the country and the Austro-Hungarians also began to settle here. The country folk became factory workers and Palilula began to turn into an industrial suburb of Belgrade.

Among the larger historical events that took place in Palilula, the biggest one was certainly the reading of the hatti sheriff on 30th November 1830 according to the old calendar. On the day of St. Andrew in Tasmajdan near the place where the Turks burned the remains of St. Sava, it was said that the Great port acknowledges the full National independence to Serbia, grants the inheritable rule to knez Milos and the right to Belgrade to Serbs.

As soon as Serbia gained the right to build schools and hospitals, the denizens of Palilula were the first to request a school. That was how the third ever junior school in Belgrade was constructed in Tasmajdan. Already in 1870 after the suggestion of Belgrade’s gymnasium, Palilula’s semi-gymnasium was founded and six years later the students were able to attend the fifth grade there so the school became a real gymnasium.

At the time, the higher school “vaspitatelno zavedenije” for girls began work, enlisting the daughters of the most renowned Belgraders.

In this municipality the settlement called “Professor’s colony” especially stands out. It was a colony founded by over 40 professors from the Belgrade university between 1926 and 1929. The professors used their credit from Hipotekarna bank to build the homes with the help of the city.

Milutin Milankovic was the most famous denizen of this quart. He lived in Ljube Stojanovica street. It was Milankovic’s work that allow us to obtain an exact understanding of the Earth’s climatic history pulse, opening a path towards reliable climate prediction in our planet. NASA lists him among the giants of Earth sciences, so much so that one of the future Mars missions will bear his name.

Palilula today possesses a great economic potential and is one of the rare municipalities that features almost all branches of industry, agriculture and craftsmanship. Currently around 12000 companies are registered in this municipality.

Municipality’s holiday: Markovdan, 8th of May

Municipality’s day: 30th September, the day when in 1977 the decision about founding it was published in the Service newspaper of Belgrade.