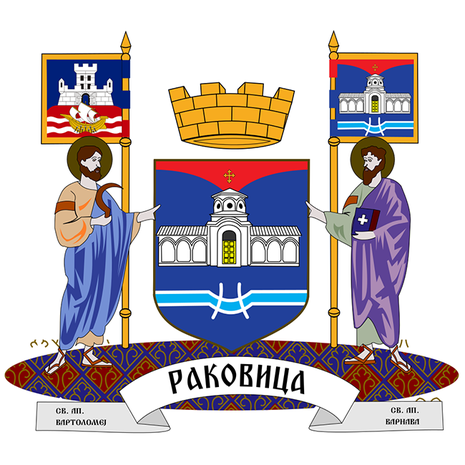 Rakovica stream was once a full-fledged river that was known for its clean waters and numerous crab population. The Archimandrite Ruvim in his monography about Rakovica monastery from 1909, wrote how in the 60’s of the 19th century, this stream was known as Rakovica river. This is confirmed by a Turkish writ from 1528 that states: “Mukata mezre Dolac, represented by a farm that stretches past the Rakovica river…” However, the massive de-forestation led to the springs which filled the river to dry up, today leaving behind just a narrow stream and the name that the municipality around it inherited.

As the name of the settlement, ‘Rakovica’ is mentioned for the first time in 1560, when the Turks performed another population survey. Back then as listed the village of Rakovica was inhabited mostly by Wallachians. The village was built alongside the river itself, beneath the Avala mountain. What’s interesting is that there is another Rakovica in the valley of Topcider river, that was founded around the beginning of the 20th century. Both Rakovicas are connected by the Rakovica stream that joins with the Topcider river.

Monastery as a link

Judging by all, the name Rakovica wasn’t linked to a specific geographical location up until the end of the 19th century.

The name itself gained weight when the railway was constructed in 1884 and the station in Topciderska valley was established. The train stop became known as Rakovica and the name synonymous with all the locations in this valley – Muminovac, Krecane, Rujice, Codice, Miljakovac…all of which existed from the time of the Turks.

As the settlements in this area expanded, they fell under Rakovica’s jurisdiction. Rakovica monastery had a special role in gathering the entire area under that single name. This church was originally located by the village Rakovica, but by the end of the 16th century it was burned down and destroyed by the Turks. Rakovica monastery was later constructed in its location today and throughout its history it has been the Orthodox Christianity center for all surrounding villages and it was why the entire area became known as Rakovica.

Up until 1952, Rakovica belonged to various regions. Between 1952 and 1960, it was a separate district. As of 1960, it was included within the Cukarica municipality, only to regain its independence starting 1974.

The oldest settlements in Rakovica municipality are Knezevac and Resnik, which are mentioned as early as the official Turkish cadaster writs from the first half of the 16th century. There are mentions dating back to that time of settlements that no longer exist – Hum near Knezevac and Dolac near today’s Rakovica monastery,

Knezevac (up until 1560 known as Humska) is especially vital for Rakovica, seeing how it was the home of many distinguished people. Namely in Maricka street you can find the attorney Blagojevic’s villa where today sits the Advent church and before WWII this street was blocked off by the home of attorney Djordjevic, one of the people who initiated the founding of the Rakovica school.

On the other hand, the Lisiciji stream in Kosutnjak in the period between two wars was inhabited by the workers from the National railway while Miljakovac housed the families of the railway staff.

Rakovica monastery is the biggest landmark of this Belgrade municipality. In historical sources it is first mentioned in 1502 but it was probably founded in the second half of the 14th century. It was demolished several times but managed to survive in this location, through the hardships of Turkish rule and see the renewal of liberated Serbia in the 19th century.

With the help of Obrenovic dynasty, most of all Tomanija, the wife of Milos’ brother Jevrem, the monastery Rakovica grew and increased its land ownerships, so that by 1897 it had up to 235 acres of fields, orchards, vineyards and forests.

In Rakovica monastery, two Serbian Patriarch found their eternal resting place: Dimitrius and Pavel, and this is also where the family tomb of Jevrem and Tomanija Obrenovic is located. Resting in this monastery is also General Milivoje Petrovic-Blaznacac, Vasa Carapic, the hero of the First Serbian Uprising.

Rakovica was the only Belgrade municipality during the NATO aggression against SRJ that was bombarded every night. Already on 24th of March, around 7:45PM, one cruising missile hit the Strazevica hill and after that the regular and mass bombings continued every next night and day, aiming for the many military objects in that area.

The most common goal, in addition to Strazevica was the Monastery forest where the Yugoslavian PVO was located. Around the middle of April, the entire municipality suffered immense material damages due to the detonation caused by a 2,5t bomb that landed on Strazevica.