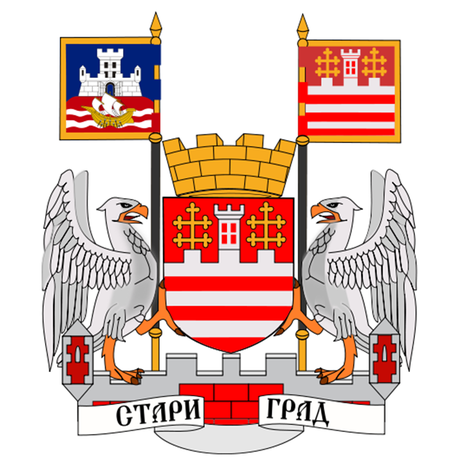 The municipality Stari grad is the tourist, cultural, political and historical, educational and business center that brings together 13 colleges, the Serbian academy of sciences and art, the Botanical garden, 18 museums, six theatres and a great number of cultural institutions as well as the unavoidable Skadarlija.

Numerous buildings and houses from old times still stand around here and with 200 buildings under the protection of the state such as Kneginja Ljubica’s home, Belgrade fort, Captain Misha’s building and the Congregation church, the Stari grad area is a touristic paradise yearning to be explored.

Kalemegdan and the fort

The Belgrade fort is one of the oldest and most beautiful forts that Europe has ever seen. It originated between the old and new era, around the time when Romans ruled this territory. Upon their departure, it was reconstructed by Byzantine emperors Anastasius and Justinian at the start of the 6th century and it got its form today during the time of despot Stefan Lazarevic between 1404 and 1427.

The fort was conquered in 1521 by the Turks and then in 1690 it fell under Austrian rule. The Austrians also rebuilt it between 1717 and 1739 and using the blueprints of General Nikola Doksat de Morez. After new conflicts, the Turks took over the fort once again, before it fell into the hands of the Serbs who exiled the Turks in 1867.

Over the course of the following 80 years, the walls of old Singidunum was home to Serbian (Yugoslavian) military.

The fort today represents a great cultural heritage site and is one of the famous pedestrian areas that Belgraders and tourists love to enjoy.

In front of the fort is Kalemegdan park. That name was given to it by Turks – Kale meaning hill and megdan meaning field. It was cleaned up and arranged around 1869, with the works lasting all the way up to 1905, when the area began to expand to Little Kalemegdan which stretches all the way to the Zoo.

The origins of Belgrade’s most famous promenade is linked to knez Mihailo Obrenovic, whose name it ended up having, as well as Emilijan Joksimovic, the first Serbian urbanist.

Josimovic’s urbanistic plan was published in 1867, not long after knez Mihailo received the keys to Belgrade fort from Ali-Riza pasha, signifying the end of Turkish reign.

The realization of the project began around two years later and the arrangement of Delijska street began immediately, ending when it became a part of Knez Mihajlova street after being cut all the way to Terazije, joining to Kalemegdan.

The full reconstruction of this street happened in 1988 following the project of the architect Branislav Jovin. Works began in May and on 20th October the street was open to pedestrians and turned into a pedestrian zone.