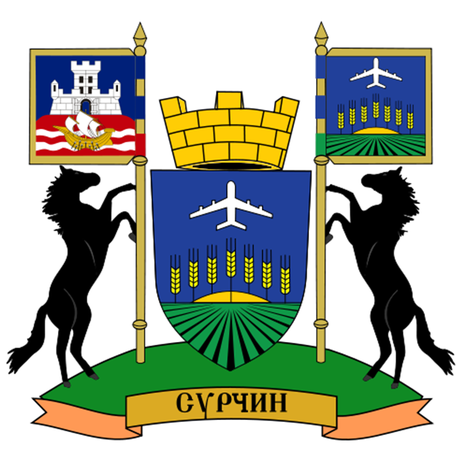 Surcin municipality is the youngest municipality of Belgrade, formed only in 2004 after separating from the Zemun municipality. It got its name from the Latin word that means 'shelter' but whether this happened in the time when Romans ruled over this area or in the time of the Turks, is not clearly known.

Archeological findings prove that this area had been settlement since very long ago. Stone tools, ornamental ceramics and prehistoric statues from the Vinca cultures tell tales of the stone age and there is also a multitude of evidence of the Celtic and Roman era in this area. From the Roman era come the sacrificial altar with engravings, the copper and silver coins and many more excavated relics.

Also in Jakovo was the significant discovery of the Germanic necropolis where well-preserved cups, amber jewelry and ceramic items were discovered.

The first written mention of settlements in Surcin dates back from 1404, the year when an estate was given by a royal decree to the feudal family Moroth (Markovic). After the Pozarevac peace, the estate enters the collective of Zemun count Senborn's properties who had his own court and a deer enclosure. However, in 1736, due to violent outbursts of the feudal lords there came to an uprising of local land owners. That's how in 1746, military purchased the entirety of this land and included it in the army estates.

After the military domain was founded, Croatians from Lika move to Surcin. They inhabit the east of Surcin towards Zemun, where in 1786 they completed the construction of their own church. On the other end, there had existed an Orthodox church in Surcin since 1786 and today's Orthodox church of St. Petka was built between 1788 and 1812.

In Surcin there had been a school already by 1786 but the first information about student number dates back to 1802, back when around 20 students attended the lessons. The school building was constructed in 1817 and the school worked with minor interruption throughout the 19th century. Between the centuries the student body was significantly increased, so by 1904 there had already been up to 205 students in the classrooms.

At the start of WWI, Surcin had three schools: Serbian, German and Croatian.

During WWI, the Serbian military conquered Surcin on 11th September 1914. Sadly, the army had to retreat quickly and the denizens of Surcin were left at the mercy of Austro-Hungarian soldiers. Many were taken away to camps where they tragically lost their lives.

During WWII, in May 1942, the first Partisan squadron is formed in Surcin and already in July the first activist division of SKOJ. The local people's liberation council was established in August as well as the first Partisan cell. Organized that way, the denizens of Surcin undertook various diversion strikes and led fierce battles against the German military, all the way up to 22nd October 1944, when the people's liberation army conquered the entire neighborhood.

The keepers of the airport

In Surcin at the time there was the largest Serbian airport Nikola Tesla, through which international civilian traffic took place. The image of an airplane even made its way onto the crest of the municipality.

The airport in 2006 was named after the famous Serbian scientist Nikola Tesla and in 2016 over 4,924,992 passengers passed through it.

Municipality's day: 24th November, the day that the 17th Belgrade municipality was founded