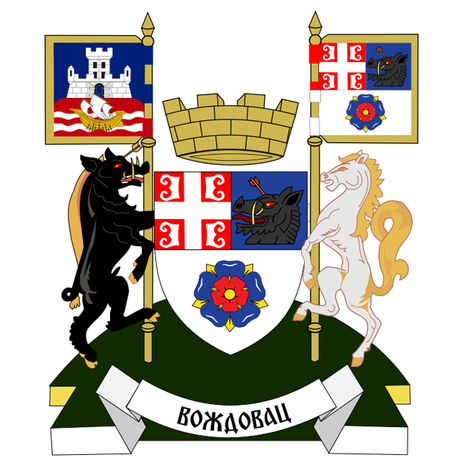 The year is 1806 and Duke Karadjordje is at the head of an army. Brave heroes set off into battle and liberate Belgrade from the Turks for the first time. The location where the 'Black Djordje' army assembled was thus named 'Vozdovo' (Duke's) settlement, which later grew into 'Vozdovac'.

After WWII, the territory of Vozdovac was re-named VI region until 1956, when the municipality of Vozdovac was formed by joining Leka's hill and the Vozdovac area. It has existed in its form today since 1960, when Ripanj was joined to it and the last settlement Stepa Stepanovic was constructed, which was finished in 2012.

A millennia of history

In the territory of Vozdovac there have been numerous archeological locations, ranging from those from pre-historic and ancient periods to excavations dating back to the middle ages. The two sites were even declared significant excavation sites by the Republic of Serbia - the locations Carsija in Ripanj and Usek in Banjica are from the pre-historic period and the location Svinjci in Beli potok has mining shafts from the ancient era.

* Duke Stepa Stepanovic who was born in Kumodraz on 12th March 1856. He was a famous participant in the national liberation wars between 1876 and 1918 and his birth home is a cultural heritage location today.
* Vasilije Vasa Carapic known as 'Zmaj od Avale' was one of the most prominent heroes in the uprising against the Dahijas. He died in 1806 fighting to liberate Belgrade.
* Milunka Savic was born in Koprivica near Raska on 24th June 1890. She participated in liberation battles, among others at Skadar and in the Bregalnicka battle in 1913.
* Mihajlo Nenadovic, the artillery brigade General, born in Zuce village on 20.08.1876.
* Djordje Popovic, who was a division general born in Kumodraz in 1883.
* Milan Milicevic born in Ripanj in 1831 and died in 1908, who was a famous Serbian writer.

In the middle of the 19th century Nikola Stefanovic constructed a tavern near what is today Autokomanda and a settlement popped up there, naturally named 'At Stefanovic tavern'.

Already by the end of the 19th century, the Stefanovic estate was purchased by the Ministry of Military. Instead of the tavern, cannon housing buildings were constructed, so people began calling this place 'Topovske supe' (Cannon sheds) which stuck until the cannons were replaced by cars.

The denizens of Vozdovac in 1912 get their electrical and water grid and as of 1926, a tramway began to circulate between Slavija and Vozdovac.

Interestingly, the settlement grew at a very rapid pace. In 1896 only 42 homes were registered in Vozdovac, but by the time WWI was at the door, there were 600 people living here in 95 homes.

At the time when Avala road was being constructed in 1927, leading between today's Oslobodjenja Boulevard and Vojvode Stepe Boulevard, the planned construction of the Cinovnicka colony began with credits from Hipotekarna bank. To the south of it the queen Marija's suburb was also constructed. In the period between two World Wars the Vozdovac settlements Pasha's hill, Dusanovac and Marinkova pond also popped up in that area.

Banjica, a settlement in Vozdovac, was the place where the German military constructed its notorious concentration camp that served to bring in and execute prisoners. The complex was divided into two parts - one under the control of Special police and the other held by Gestapo.

At the very least 23697 persons passed through the camp, several thousands of whom were shot in Jajinci. The exact number of victims will never be established with certainty because in 1943 most of the camp documentation was destroyed.

In Jajinci over 80,000 people of various nationalities were shot - predominantly Serbs. All the executions were done by the German 64th police battalion, usually early in the morning.

This was also where the monument to the victims, depicting a white dove as a symbol of peace was set up in the place where the largest mass grave was dug up for the shooting ground.