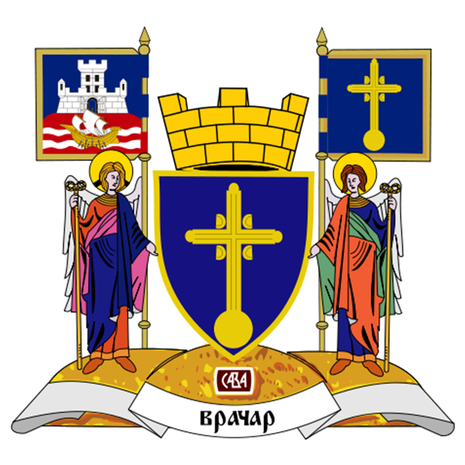 There are several legends on how Vracar, today the most densely populated municipality, got its name. The oldest legend dates back to 1521 and states that this area was named after a hero whose name was Vracar and who lived there inside a cottage. Another legend states that Sparrows (vrapci) were the namesake of the area because of how many of them there were there, while yet another says that the Turks gave the name because of the old women who would tell fortunes (vracare) alongside the Constantinople road.

Vracar, as the actual name of the area, is mentioned for the first time in 1492, in Turkish plans for assaulting Belgrade which were written at the behest of Smederevo's sanjuk beg Suleiman pasha. Already in 1560, the Turks mention "Vracak" as a christian settlement with 17 homes within Belgrade's area.

In the form it has today, the Vracar municipality has existed since 1960 and it includes parts of former municipalities such as East Vracar, Neimar and Terazije.

What is important to mention is that the name Vracar originally applied only to the part of the city around Tasmajdan. This led to us not being certain today where exactly the Turks burned St. Sava's remains - if it was around today's Vracar or in Tasmajdan.

The contents of a note from the 16th century speaks of the burning of a saint's remains on 27th April 1594 according to the old calendar and marks Vracar as the future center of Serbian spirituality. The note stated that the remains of St. Sava, the first Serbian archiepiscope were taken by Sinan pasha from Mileseve monastery inside a gilded coffin and burned in Vracar".

Vracar truly did become a religious gathering place for Serbs after St. Sava's temple was constructed following the blueprints and design of the architects Bogdan Nestorovic and Aleksandar Derok. The project was designed in 1930. Right alongside the temple there is also a small church dedicated to the same saint which was constructed in only 57 days in 1935 after the project of the architect Victor Viktorovic Lukomski.

The trader Gligorije Vozarovic in his lifetime worked hard to determine the exact location where the saint's remains were burned. He did a lot of researched and finally reached a conclusion which he believed was correct. He marked that spot by setting up a red-painted cross and it was after that cross that the entire Crveni krst (red cross) area got its name.

For an entire line of years, until the end of wars, battles and negotiations, Vracar was a relatively sparsely inhabited area. However once it became a part of Serbian kingdom in 1847, life became more peaceful there and people started moving in.

By the end of the 19th century, Vracar was under swampland. Things changed after Francis Makenzie, an employee of the English embassy in Belgrade who was a Scotsman by nationality, bought land from today's Slavija, St. Sava's temple, Cubura and Krunska street, dried out the land, divided it into parcels and then sold it, saving an estate for himself in today's Slavija. This was where he built himself a home and the neighborhood became known as 'Englezovac' (Englishman's land).

The new century brought in new devastation both to Belgrade and Vracar. During the I and II World Wars, Vracar suffered massive damage that took years to recover from.

Here is where we must recall the 'Bloody Easter' which happened on April 30th 1944 when the Ally bombers released a massive amount of bombs on Cubura, taking a huge amount of lives. It was due to this event that the Central cemetery originated on the border between Vracar and Vozdovac, because the existing one couldn't accommodate all the victims.

Today Vracar is a modern municipality that has numerous museums, including one dedicated to Nikola Tesla. There are also various monuments, the National library, the Beogradjanka building, four theatres, the seat of Serbian literature society and the Dental university.

Of course there are also the taverns which are integral to Vracar and its denizens, as the gathering places of poets, writers and journalists.

The seat of Vracar is near the Kalenic marketplace, one of the oldest marketplaces in our city which for a whole century has been providing for its citizens.