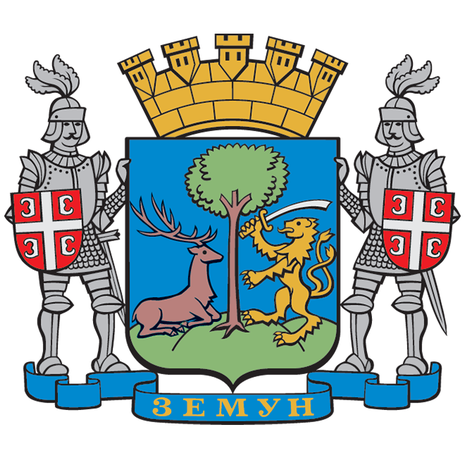 Zemun, once a separate city, was known as Taurunum in the time of the Celts and Romans. When the Roman Empire split up into its East and West halves (in year 359), Taurunum belonged to the East, in other words to Byzantium. It was besieged and then ruled over by Huns and various Germanic tribes, as well as the Slavs and Avars and over time even the French and Bulgarians.

The oldest written traces about the city's name date back to the 12th century. The name Zemun is connected to the arrival of first Slavic tribes around the 6th century when it was named 'Zemlin' (ground's city) because of the large number of huts made out of dirt built by the denizens of this area.

Zemun became a Belgrade municipality in 1934, a status which was briefly suspended between 1941 and 1944 while it was under German occupation. As of 2004, the municipality Surcin was formed out of a part of Zemun.

The core known as Gardos

During the younger stone ages between year 4500-3000 BC, the Zemun was already settled. During the middle and younger neolite, the Gardos hill was packed with population, which is shown in the remains of their houses that burned down in a fire and can still be seen between the Orthodox and Catholic graveyards.

The first settlement with substantial data on it is Taurunum that was founded by Celts around year 85 BC, also in the location of today's Gardos. Taurunum was an important port and the seat of the Roman fleet on the Danube, while in later Ancient times it became a trade port on the way to Constantinople.

At the start of the 5th century it was plundered by the Huns and 300 years later Taurunum was conquered by the Franks and named Mallevilla, until Slavs took it over in the 9th century.

By the end of the 11th century, the Crusaders from the Second and Third Crusades pass through Zemun. It was then that Hungarians, withdrawing from Belgrade, constructed walls around Zemun using the stone from the destroyed Belgrade fort. Still, around 30 years later, Manojlo Komin the emperor of Byzantium conquers Zemun and orders that all stones be returned and the Belgrade fort reconstructed.

Otherwise in 1896, the Hungarians constructed the Millennium monument in Gardos in order to mark the millennium that they were present in Pannonia.

With the defeat of Byzantium in 12th century, Zemun fell under the rule of Hungary and in its borders it stayed up until 1521 when it was conquered by Turks. It remained until 1717 when it became a part of Austria. It was then that Zemun and the surrounding villages became the property of the Seborn family.

With the Belgrade peace signed in 1739, it became a border city between Austria and Turkey. In the year 1746 all the settlements in south-east Srem have entered the framework of the Military border and the borderland Zemun became a free military municipality with its own Magistrate.

Zemun experienced its greatest spur of development during the 18th century. The settlement spread and increased in population and in 1871 Zemun got its status as a free city with an elected mayor. After the military borders were abolished, it became a center of education.

Two years later the railway passes through Zemun and almost two decades after the wells are dug. In 1901, electric lighting spread throughout the streets of Zemun.

When the Sava bridge was constructed, Zemun was joined to Belgrade up until WWII. On 22nd October 1944, Zemun was liberated by National-liberation army and Russian Red Army units. As of 1945, Zemun became a municipality of Belgrade.

Today, Zemun is a part of our capital city rich in valuable historical heritage. In addition, it gained a reputation of a bohemian paradise, to which numerous taverns contributed, lining the Danube quay, not to mention various manifestations.

During the summer days Belgraders often come to Zemun's Lido beach seeking peace and a nice refreshing dip in the water.

Municipality's day: 5th of November when the Serbian army liberated Zemun in WWI