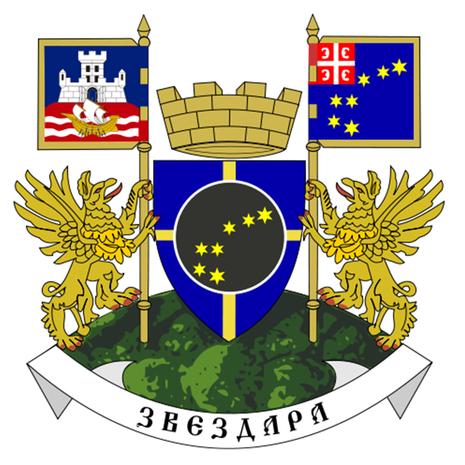 One of the founders of astronomy as a science in Serbia, professor Milan Nedeljkovic, put a lot of effort into starting the Astronomical observatory atop the Veliki Vracar hill. The persistent professor managed to see his idea through in 1887 and the name for the observatory ended up spreading to the entirety of that area - Zvezdara.

At the time, Zvezdara was some ways away from the city and the citizens of Belgrade mostly treated it as a vacation location for picnics and outings. They called that area 'Baba Ruza's' area. The Veliki Vracar domain spread between Mostar and Karaburma and was completely covered in vineyards and orchards, as well as some silk beetle farmers.

At the time of the 30s and the 40s of the 20th century, Zvezdara looked much different than it does today. Cvetko's marketplace area was the farthest periphery of the city and in addition to Serbs, it was also populated by the Czech, musicians, a few families from Hungary, Jewish people and immigrants from Russia. Still, this area was connected with a tramway line to the center of the city, so it was easy to take a trip to the city on the number 6 tramway.

After WWII, a significant number of Kalmyks, a Mongolian tribe of Buddhists from Caspian lake, found their home in this area. The natives of the area called them 'Chinese' and their pagoda in Kozarceva street was called 'the Chinese church'. This pagoda was destroyed during the fighting in 1944 and the Kalmyks set off running before the advance of the Red army.

At the start of the 20th century, Zvezdara was known as the tilery domain that provided for builders not only in Belgrade but in that part of Serbia as well. The largest brickyards were Brunclikova (which was so large it had its own railway system for wagons full of dirt to circulate), Milisiceva (that survived the longest) and Braca Jacimovic (which was located in the exact spot of today's Cvetkova marketplace).

The Jacimovic family owned a massive estate nearby, a part of which the head of their family Milos Jacimovic gifted to the Kalmyks and helped them construct their pagoda. They worked on transporting dirt for his brickyard to return his kindness.

In the period between 1933 and 1935, according to a legacy writ left behind by the famous trader Nikola Spasic and his testament, the Clinical-hospital center Zvezdara was constructed to allow 'the poor to have a place to be treated'. At first it only had the general internal medicine ward with a 100 beds, but by WWII it formed an entire Gynecology and Obstetrics ward, an X-ray ward and a Dispensary chest ward.

The writer Vladimir Jankovic wrote down one of the most beautiful descriptions of Zvezdara from those days:

"The most magnificent view can be seen from Zvezdara. The gargantuan city stretches out as far as the eye can see - far and wide. From Kalemegdan to Dedinje, from Palilula to Vozdovac. It's not a picture, it is real life - it huffs and groans, it's misty from the waters and smoke-filled from the factory chimneys. Avala looks like she's about to take off running towards Sava river in this tight line, the domes of the Parliament look like they're heading somewhere themselves, through the smoke and steam and Zemun is looming near. The city is all lumpy and uneven like a giant settling down to sleep. The intersections of the streets carve a path through the city, weaving through it like escalators. It's dynamic, divided into blocks that seem like moving giants, it's all tensed up. Belgrade seen from Zvezdara calls out to the viewer, asking them to come and dive into it. You can't think here, the city will occupy all your thoughts."

Zvezdara after the war

After abolishing the regions in 1952, the area of today's Zvezdara was divided into Old Djeram and Zvezdara. However, these two municipalities ended up being joined into what we know as Zvezdara today.

Zvezdara forest is a sanctuary from the city bustle. On the weekends when the time is fair, there are many nature lovers and hikers enjoying a walk there. Sadly this oasis is constantly subjected to illegal tree harvesting so the work to expand the forest is neverending.

Municipality's day: 16th October, the day that Zvezdara was liberated in WWII