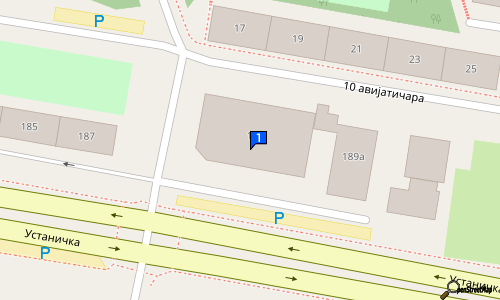 “BGA GEOMETAR” is a geodetic agency that began work in 2013 in Belgrade. The agency employs a young team of professionals who have a broad spectrum of professionalism and abilities.

In the short time since we began work, BGA GEOMETAR built a list of satisfied clients, above all due to our dedication to provide high quality and swift services. We always make sure to meet our clients’ demands in the best possible ways. All geodetic works are done with licenses from the Republic geodetic institute.

Our vision is the art of seeing what others cannot. Our vision is to offer innovative and high quality services in geodetic domains.

- Registering the buildings
Geodetic survey is required when the building isn’t registered in the cadastre of property and the owner would like to obtain a usage permit, legalize their property or obtain proof of ownership for the purpose of purchasing, selling, inheritance, renting, mortgage and the like.

- Borders
Bordering – determining and establishing borders of the property. The property border is an imaginary line between two spots with known coordinates. The goal of border renewal is to determine ownership over the terrain.

- Parceling
Parceling is a procedure of dividing the surface and shape of the property at the property cadastre. Mainly one cadastre parcel is split into several others, or several of them are joined together.

- Creating cadastre-topography plan
Before the start of building projecting or parceling, it is mandatory to create cadastre-topographical plans that will reflect the project procedures. This avoids projecting on inaccurate, i.e. non-updated and insufficiently detailed cadastre plans, as well as later problems when issuing use permits for parceling projects. Cadastre-topography plan contains a position and altitude image of the terrain, the position of all objects and accompanying infrastructure as well as the official border of cadastre parcels.

Construction is one of the largest industries in the world. Geodetic works have always played the main role in any stage of the construction. BGA GEOMETAR provides key works in the process of construction and supports projects from the initial groundwork to the final completion.

The common problem faced by investors is the inability to control the amount of materials dug up taken away from the construction site or materials spent on embankments. If geodetic survey is done on two occasions (before and after construction), it’s possible to calculate the difference in cubature and thus prevent the abuse in terms of amount.

- Marking the objects
Marking means setting landmarks and directions which define the positioning and levels of elements in construction to serve as guidelines for further works. Based on the conditions in the location permit and based on the project documentation, the geodetic expert in the field marks: construction line, regulation line, foundation base point, elevation quota, chassis in order for all conditions to be fulfilled. The number of times that the geodetic crew will mark the base in the object depends on the investors, related authorities and workers carrying out the works.

- Foundation control
After the foundation was constructed, a check of the finished foundations is carried out, with a sketch and registry which are a mandatory part of the technical documentation in the construction site and the mandatory part of technical documentation for obtaining the usage permit. The foundation control is performed according to the position, geometric and altitude. Proof is then supplied to the city or district council (depending on where the construction permit was issued) who finally issue a certificate about the legality of the constructed building.

- Following how the building is setting
Over time the building should be periodically testing to check how it is setting, by re-measuring the altitude quota on the installed measuring devices. By comparing results we calculate the progress and deformation that occurred during construction or exploitation of works.

Also, if you are constructing a building in the city center with a broad groundworks area in areas susceptible to landslides, the neighboring units should also be monitored for setting. It is very important, for safety reasons (and potentially bad neighbors) to make sure if your works are making any nearby buildings set and to make sure that setting – if there had been any – was stopped. 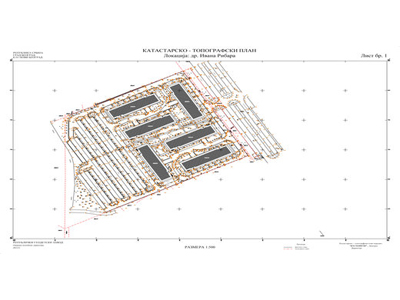