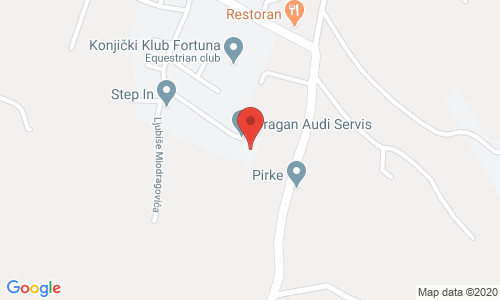 The family Furunovic has worked in producing pottery for over 6 generations, estimatedly around 300 years, which makes them one of the oldest pottery traditions in our region. Branislav Furunovic learned the trade from his grandfather.

Our pottery workshop has been situated within our household in Mirijevo (75Đ Ljubise Miodragovica street) where anyone is welcome to visit and buy their products. Their pottery is on display at the ethnic gallery “Stara Srbija” (Old Serbia) located in Slavija, at 15 Oslobodjenja boulevard.

In our assortment we have dishes for preparing and serving food and drinks (plates, pots, cookers, cups, jugs...), garden supplies (flower pots, large pots), decorative pottery and many other objects made using the highest quality clay. In addition to the items being hand-made, pottery Furunovic also makes objects in molds, usually decorative figures for interior and exterior. All clay pottery is 100% organic, free of toxins and bio-degradable. All our products can be glazed or non-glazed.

“Maybe to some of you the last name Furunovic (Furuna – wood stove) is interesting and you might think it had something to do with stoves. Most people laugh.

I, who is writing this, am actually one of the Furunovic family members who practices this rare trade. From the stories of my grandparents (Branislav, Goroljub, Tomislav and Sinisa) and based on the story told to them by their great-grandfather Sima, we got our last name after an ancestor whose name was sadly lost, seeing how great-grandfather Sima was already going senile when he told this story. This ancestor of ours worked for some Agha fairly and honestly, for which he was well-compensated. He was favored by the Agha so much that he was allowed to sleep the night in his home after finishing a job. For him, whose only goal was to earn enough money to start his own business, it was reward enough. When the conditions were met, he went to Agha and started his furnace-making business.

At that time there were many underprivileged families and he, knowing how hard it was to come by money, would give away free bread and rolls to poor families whenever he was able. The kids from poor families often went to the furnace-maker for bread and rolls, because he was known to never let them go home hungry.

Due to his charity, he became a very esteemed citizen of the region. People started calling him ‘the furnace-maker’ and nothing else, and it was thanks to this nickname that our family got its last name.

How we went from furnace-making to pottery is still unknown. All that is known is that this trade has run in our family since great, great, great-grandfather Sima until today. Six generations have passed since then and if we take an average of 60 work-years per generation, we can roughly say our family has been in this business for over 300 years, which puts us among the oldest potters in the region.”