Branko’s bridge, also known as the Bridge of Brotherhood and Unity connects New Belgrade with the center of Belgrade across the Sava river. It is the second most important bridge for the flow of traffic, after the Gazelle bridge. During the era of socialism the official name of the bridge had been “the Bridge of Brotherhood and Unity”, but this name was never fully accepted among the people. People usually called it just the Sava bridge or the Branko street bridge, since the street leading into it is named after the writer Branko Radicevic. It is precisely because of this that today it has the name Branko’s bridge, although there is also one dark bit of trivia linked to the name which is that another writer called Branko, Branko Copic, commited suicide by jumping off this bridge. Incidentally, this bridge is known for the large number of suicides that people try to commit by jumping off it. Approximately 40 people every year try to end their lives on this bridge.

The contest for the construction of the first traffic bridge across the river Sava had been published in year 1930 and eventually the foreign company from Oberhausen was awarded the project. Previously the only bridge leading across the river Sava had been the old railway bridge from 1884. The construction of the new bridge began in 1930 and was completed already by 1934, when the bridge was opened for traffic. This freshly built bridge had originally been named the “King Alexander’s bridge”, but it was destroyed during WWII. After the war, a new bridge was built on its remains and opened for traffic. 15 years after, it was evaluated that it no longer satisfies the traffic needs of the city and it was reconstructed and expanded. Today the bridge is crossed daily by about 90000 vehicles. 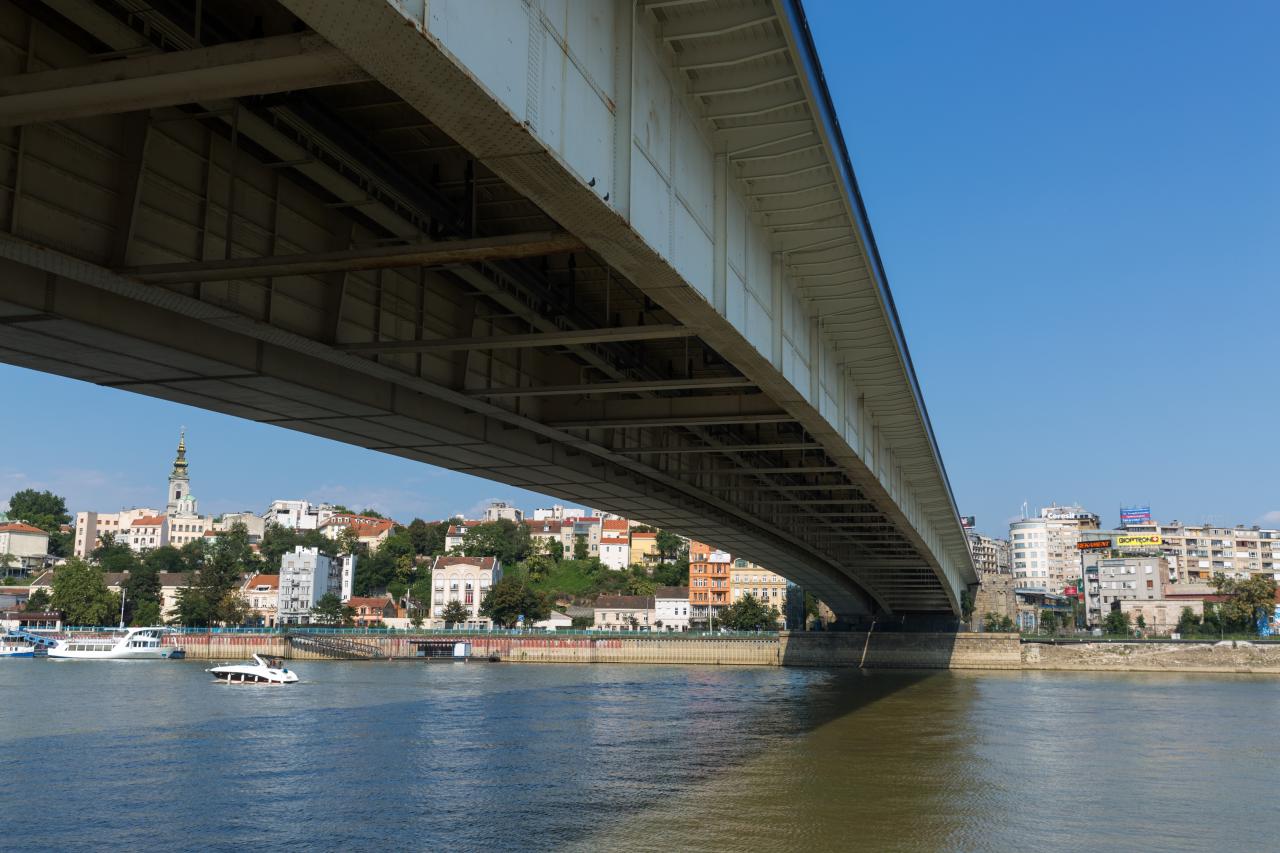