This is the most trafficked bridge in Belgrade, leading across the river Sava and used daily by about 165k vehicles, even though it had originally been designed to support only around 40k. The construction of the bridge lasted from 1966 to 1970, with the intention to connect the former republics of Yugoslavia, as the bridge was a part of the city highway and the Brotherhood and Union highway. Tito and Branko Pesic attended the opening of the bridge in 1970. The bridge received reconstructions with interruptions from 2010 to 2012. 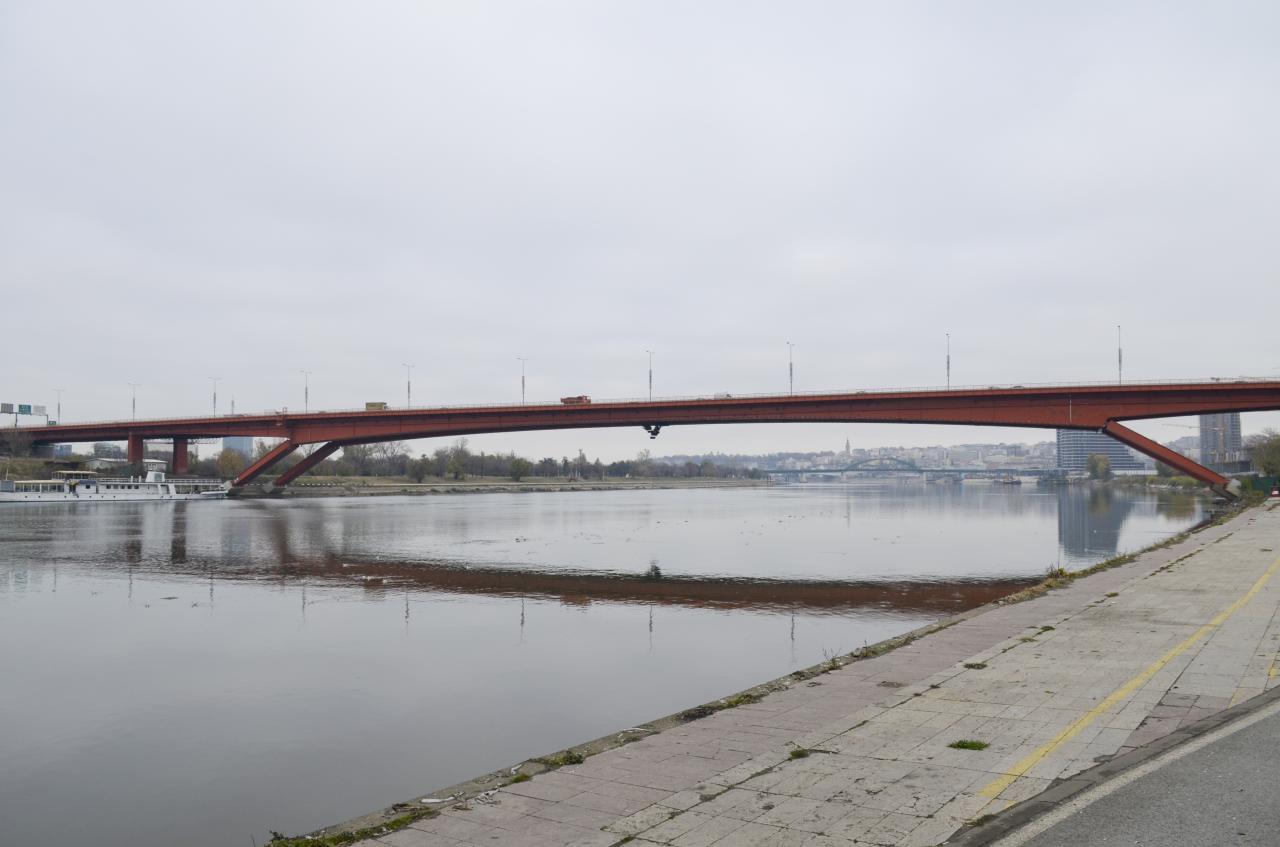