The St. Sava temple is located in the St. Sava square in Vracar and it is the largest orthodox temple not only in Serbia, but in the Balkans and the world. Altogether the temple occupies an area of about 3.500 square meters with additional 1.500 square meters on three galleries in level one. It stretches 91m in one direction and 81 in the other with domes decorated with 18 gilded crosses and bell towers containing a total of 49 bells made by the Austrian company Grassmayr.
The location where the temple stands is believed to have been the exact spot where in 1595 Sinan Pasha burned the remains of St. Sava who was the founder of the orthodox church in Serbia. The construction of the temple was funded entirely from donations and funds collected from sales of special postal stamps which was why it progressed very slowly, up until year 2004. Even today the temple is not fully finished – the interior decoration still has to be done and will be in the form of a mosaic showing Christ Almighty. In spite of this the temple still represents one of the most important and most striking symbols of Belgrade. 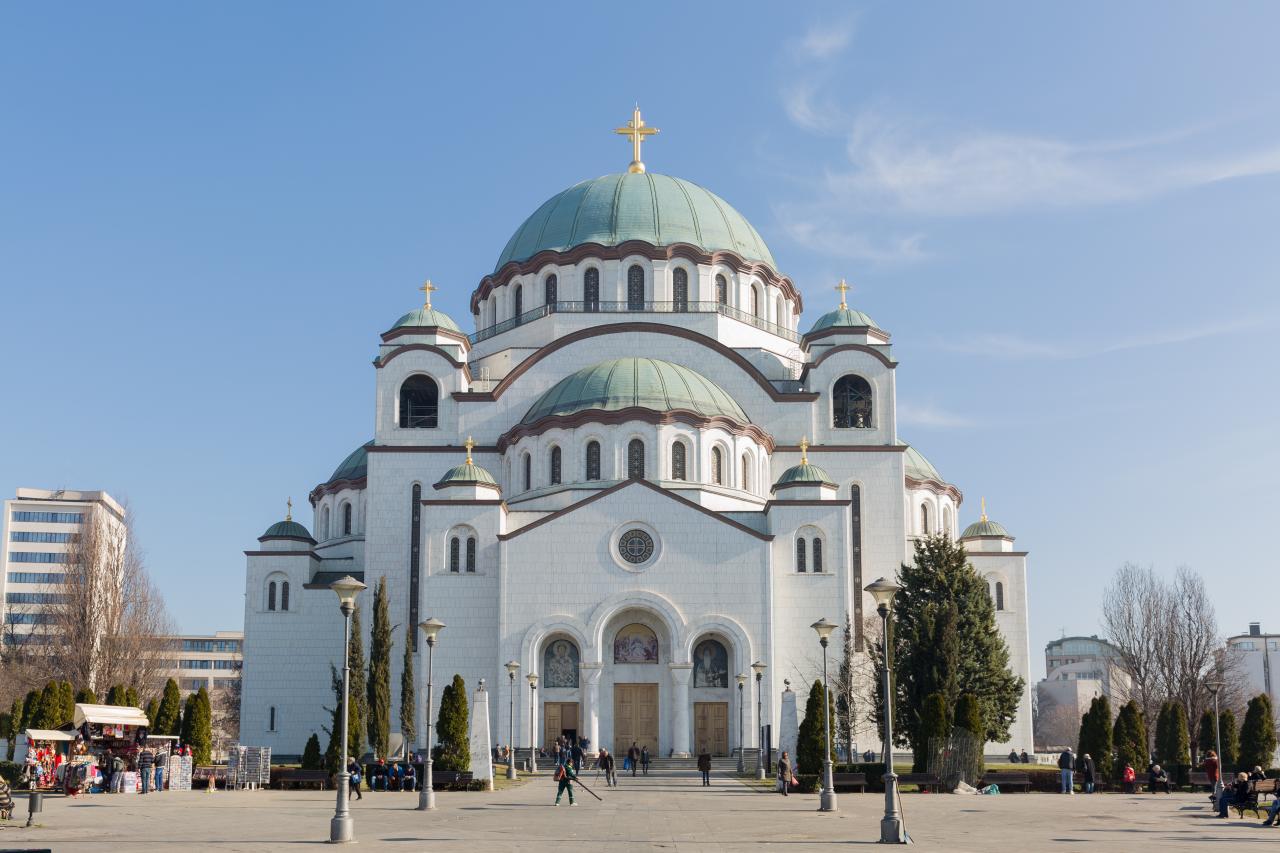 The construction of the temple which lasted until 2004 was initiated as far as in 1895, when the organization dedicated to this goal was founded with the idea to erect the largest and most beautiful temple right in the place where Sava’s remains had been burned. The public contest for the construction project was published in 1905, however none of the entered projects quite met the criteria and they were all rejected.
The wars which ensued halted the efforts to build the temple, but by 1919 the organization already resurfaced with the same idea and licensed another contest on a larger scale in 1926. Out of the 22 entered projects it was the work of Bogdan Nestorovic, which won second place, that was chosen for realization. In 1930 the construction was officially placed in the hands of three people: Nestorovic himself, his colleague Alexander Derok and the engineer Vojislav Zadjina. The official start of the construction took place on 15th of September 1935, but it was interrupted by yet another war – the German attack on Yugoslavia in 1941. Up until that point the foundations and 7-11m walls had been erected. During the occupation the construction site was used as a parking lot, then as a storage and for a while it seemed as though the works would never continue.
When in 1958 the new patriarch, German, came to the front of Serbian Orthodox church, the idea of constructing the temple was renewed, after 88 appeals for it had previously been rejected. The new architect in charge of the project was professor Branko Pesic, who adjusted the original project in order to be able to use new materials and construction technology. Patriarch German blessed the construction site once again on 30th of April 1985 and on that occasion passed the edict for continuation of building efforts. In the same year the Patriarch with 20 bishops held a formal liturgy which was attended by 12 thousand people, with an additional 80 thousand in the port. The construction was resumed two months afterwards. The biggest undertaking was the setting of the central dome which weighted an incredible 4000 tons. The dome first had to be constructed on the ground in order for it to then be lifted and set on top of the walls, along with its cover made of copper tin and a gilded cross which was 12m tall and weighed an additional 4 tons. This undertaking took 40 days to achieve. The exterior construction was completed in 2004 while the interior is still being worked on today. 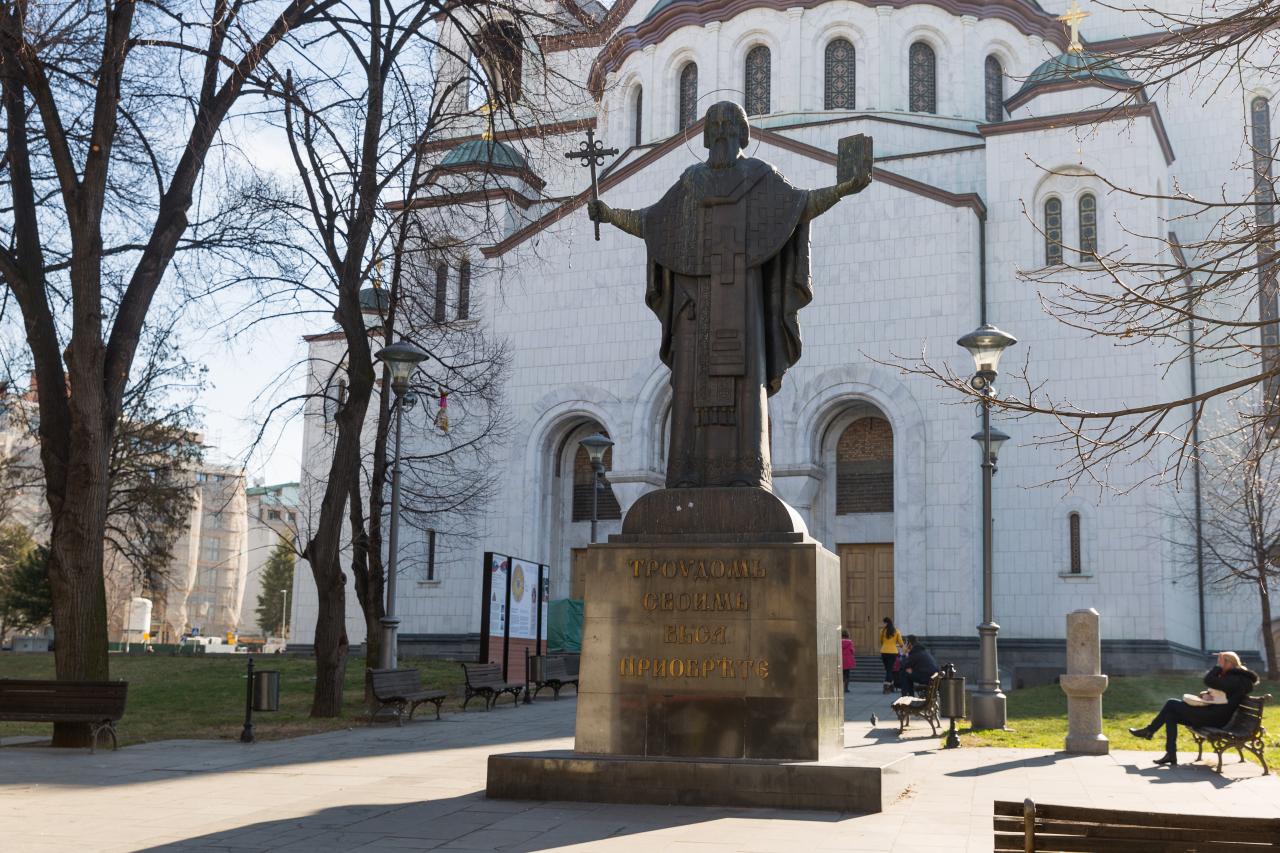