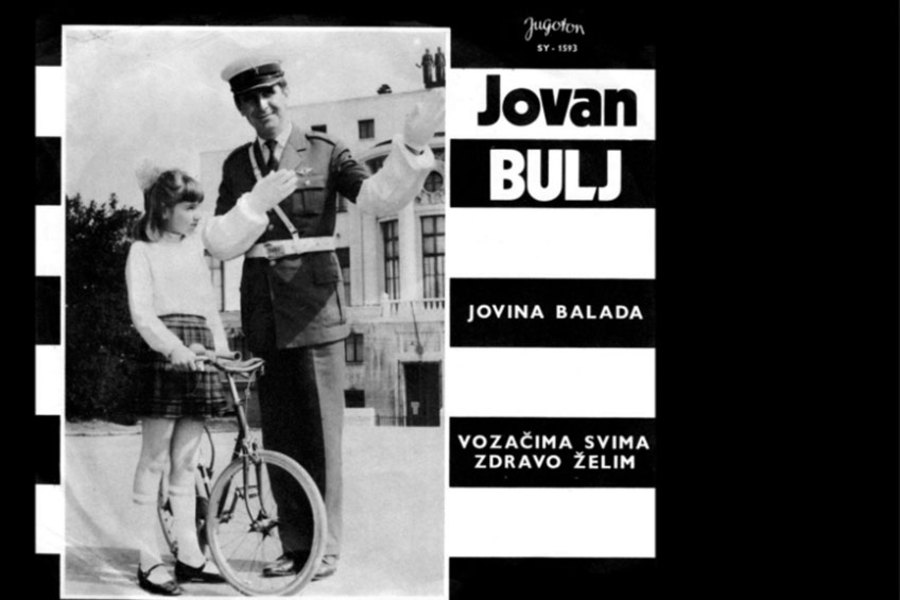 If you compared the streets of Belgrade to the way they were around 50 years ago, you would probably think that you are looking at pictures of two different cities. This is how it usually is in large cities – once relaxed and peaceful atmosphere is remembered mostly only by older generations.

Many still remember that they could reach the most traffic-heavy crossroads without a shred of tension or deafening sound of sirens. And when their path led them to Zeleni Venac, Slavija, Republic square or Terazije, they would have the pleasure of witnessing a unique dance performance. The graceful image of a traffic police officer, dressed in white from head to toe, would briefly interrupt the monotony of the city bustle and made the drivers and passersby smile.

Ballet dancer from the city crossroads – is the nickname given to the famous traffic police officer Jovan Bulj. The story that broke out in the streets of Belgrade and then around the world began in the 60’s, when Jovan was still working as a member of security personnel with the State department of Internal affairs.

Until that same department got the idea that they could “dress up” their traffic police officers a bit.

Someone felt that a white uniform would be ideal for the person who had to be noticed in the busy streets of the city. The new suit was accompanied by a matching white helmet as well as gloves and shoes. This outfit pleased Jovan Bulj so much that he immediately asked to be transferred.

This, however, took a bit of persuasion and effort. His superiors felt that Jovan was too short to be a traffic officer, but seeing that he had no intention to quit, they decided to send him out into the streets of the city.

Nobody realized that a new Yugoslavia’s pop star was born. 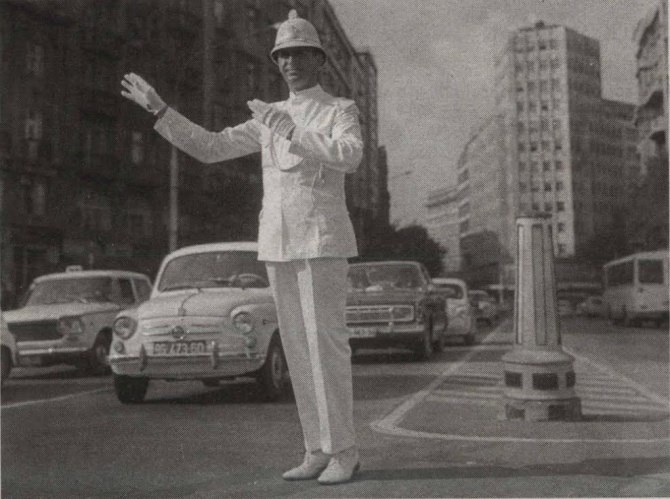 Turn your work into play!

Working as a police officer on a crossroad isn’t overly exciting at the first glance. The law about traffic safety lists exactly three different postures, 3 hand motions and 3 accompanying whistles, suggesting the traffic to slow down, speed up, stop or turn. Add to that the average hours of a traffic officer which were around six hours and you will see that it was a very monotonous activity, even if you spend all that time “shining” in your brand new, snow-white uniform.

However, Jovan Bulj turned his monotonous shifts into an attraction. In addition to being a police officer, Jovan had always had a passion for acting. And, the second he was in the street, the show could start.

He would raise his hand like the Statue of Liberty, emerging from the sea. He would indicate the traffic to turn left with the gesture of a gentleman opening the door for a lady. He would fluidly change positions like a rehearsed ballet dancer, while imitating a conductor’s crescendo by spreading his arms.

His innately graceful movements immediately won the affections of Belgraders. Drivers would greet him with smiles and pedestrians would stop just to observe this unusual performance. He garnered applause from all and then reward his audience with an even more diverse choreography.

Soon, the word of ballet-dancing traffic officer spread throughout Yugoslavia, and then the rest of the world. Everyone were reading and watching reports about Jovan Bulj. Foreign television even synchronized his movements to Mozart’s compositions and his talent even took him to London’s traffic officer competition.

Watching him in Oxford street, the people of England declared Jovan “the best looking chap since Elvis Presley”. His movements unusually resembled the performances of the king of rock ‘n’ roll and by winning the excellent third place Jovan also became an attraction in the streets of Paris, Milan, Zurich, Rome and Moscow.

The unusual career of Belgrade’s traffic officer lasted until the start of the 80’s. In time Jovan’s popularity began to wane and after a premature retirement, Belgraders could see him as a salesman in “Borba” newspaper stand and then a parking controller.

A recognizable smile and Jovan’s spontaneous kindness remained his trademarks until his death in the February 2010. After a decade of shining career, Jovan was remembered by inserting a breath of originality in his monotone and routine duty. After all, the story about the imaginative traffic officer still reminds us today that a bit of creativity and good will is all you need to turn your work into play and then, why not, make someone else’s day.