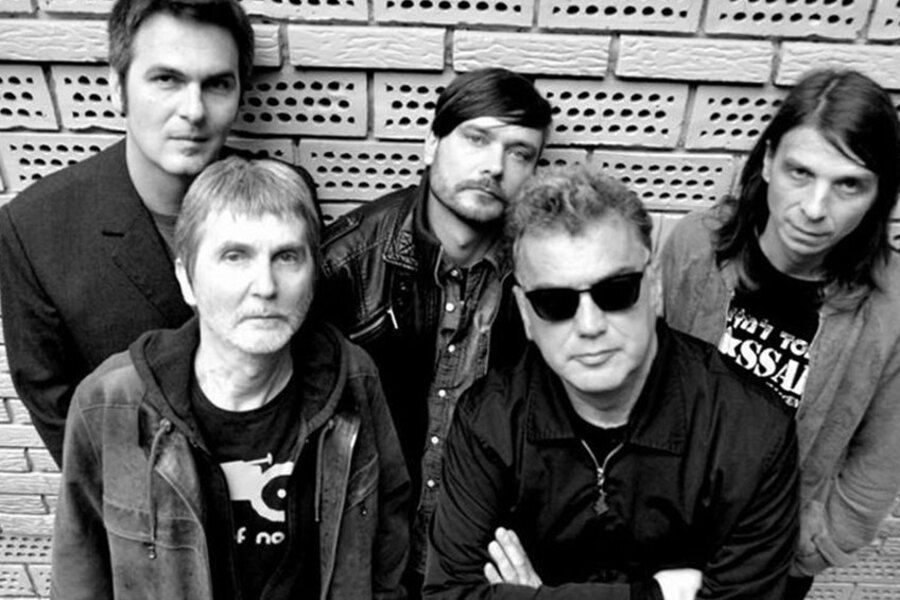 The Partybreakers - because the "Party goes on"

The band “Partibrejkers” (Partybreakers) was founded in the summer of 1982 and had their first performance in the fall that same year, in Dadov Youth Theatre where many other legendary rock bands began their careers, like “Ekaterina Velika” and “Disciplina kicme”.

The original ensemble of the “party-breakers” consisted of lead vocalist Zoran Kostic – Cane, the drummer Goran Mulatovic – Manza and Nebojsa Antonijevic – Anton and Ljubisa Kostadinovic on the guitars. All four of them had certain musical experience going into their music careers. Cane began his singing career in the band “Urbana gorila” and continued it as the lead singer for “Radnicka kontrola” where Zika Todorovic, Srdjan Djile Markovic and Danko Milojkovic also played. Manza and Ljuba were in the group “Republika” together and Anton played with Ivica Vidovic and Bojan Pecar in “BG5” as well as in “Butik i Sine”. 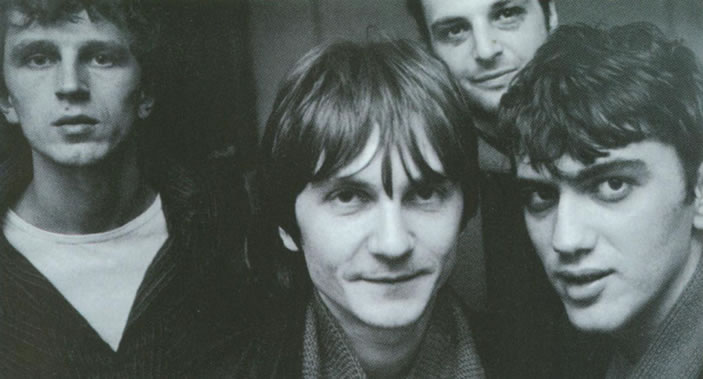 The debut album of “Partibrejkers” was filmed in “O” studio in Belgrade and was published by Jugoton in 1985. This rock album with a simple name “Partibrejkers I” was characterized by certain British rhythm-and-blues told in a punk style, which was very well received by the audience. However, Jugoton refused to publish their second, related album with the explanation that the songs weren’t rebellious enough. In the summer of 1985 Manza left the Partibrejkers and by the end of that year the band completely stopped working.

A few months later Ljuba also left, but a new team gathers around the idea of Partibrejkers – Vlada Funtek from the band “Placenici” came in as a drummer and Dime Todorov Mune from the band “Radost Evrope” as a bassist. However, the new songs re-lived the fates of the previous ones – for months nobody in PGP RTB wanted to listen to the material.

At the start of 1988 Jugodisk finally agreed to publish the second album of Partibrejkers. The album was supposed to have the charming name “Kobila i pastuv preljubnik” (A mare and a cheating stallion) but the cover designer forgot it and the album ended up being called just “Partibrejkers II”. The hit songs like “Put za jug”, “Ja se ne vracam”, “Nema cure” and many others implied that a serious career was awaiting the band, so even MTV did a report on this rising group.

Already at the start of next year, the band prepared new demo footage, this time featuring Igor Borojevic from the bands “Potop i Banana” on the drums and Srdjan Gojkovic – Gile from “Elektricni orgasm” on the rhythm guitar. By the end of 1989, the “Partibrejkersi” publish their third album (with yet again an unimaginative title “Partibrejkers III”) with recognizable songs like “Kreni prema meni”, “Hipnotizovana gomila” and “Ono sto pokusavam sad”.

Over the course of next year the group had its first (and last, through no fault of their own) large Yugoslavia tour and by the end of the year Igor Borojevic leaves the band. Borko Petrovic came in as a drummer after him, coming from his former band “Baby Kate”. The new ensemble published the first Partibrejkers live album, recorded during the summer of 1991 in concerts in Zrenjanin and Vrsac: the album was symbolically named “Zabava jos traje” (The party goes on). This name turned out to be true – the party was far from over.

In February 1992 in Belgrade’s SKC, the Partibrejkers organized a concert with unexpected guest stars. The director Emir Kusturica who played in “Zabranjeno pusenje” for a period of time appeared, as well as the actor Johnny Depp and the director Jim Jarmusch – both of whom also had some music experience. Depp from the bands “The Kids” and “Rock City Angels” and Jarmusch from the band “Del Byzanteens”. In that same year Partibrejkers had yet another change in their ensemble. Igor and Ljuba returned to the band, but Mune left and the bassist position was filled by Sasa Vlajsovic from the “NBG” band. 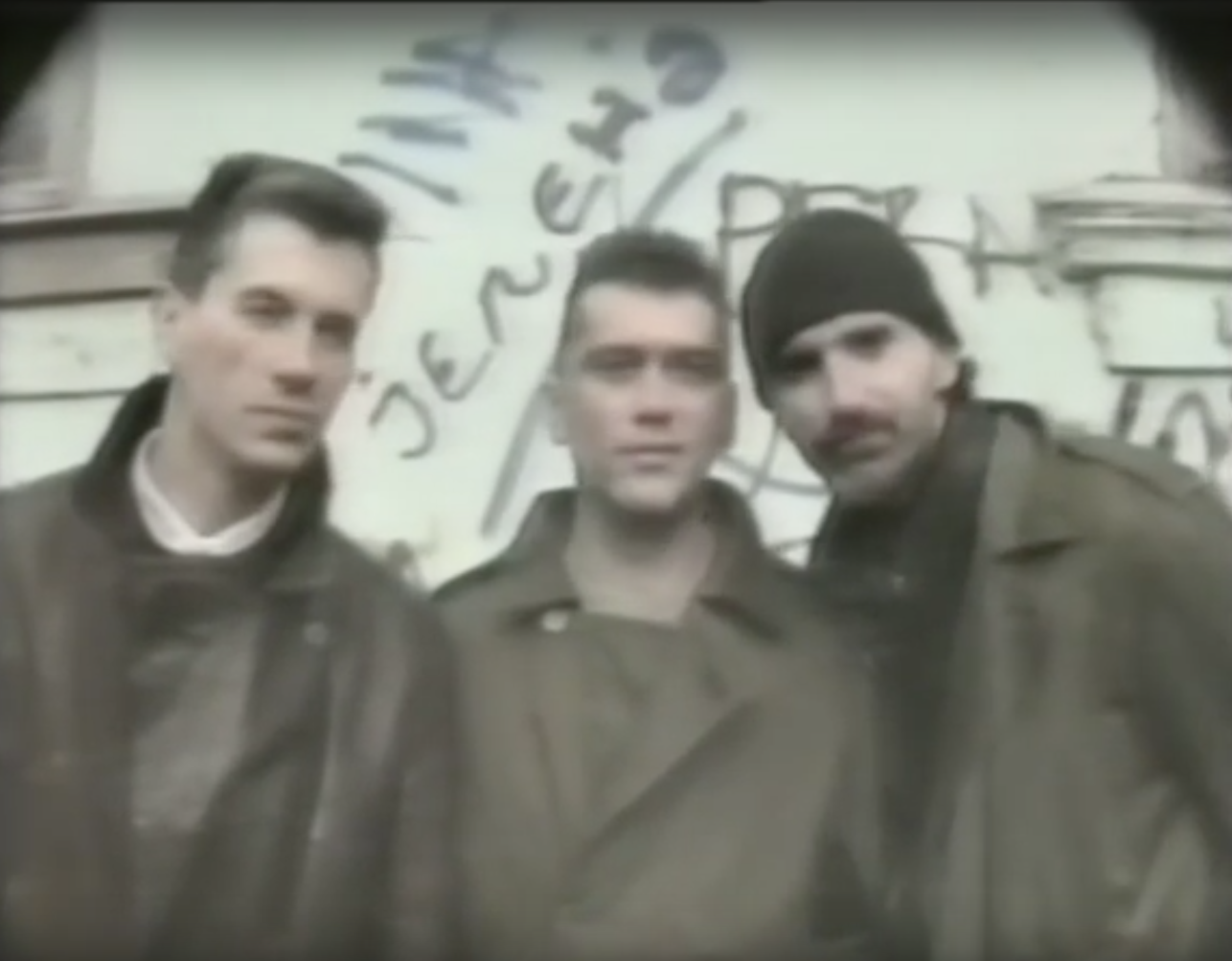 That year 1992 was chaotic and dark – the war in Bosnia was afoot. Just like many other artists, the Partibrejkers tried to sing some reason into the distressed Serbian society by joining forces with the band members of “Ekaterina Velika” and “Elektricni orgasam” to form a “single-use” band “Rimtutituki”. This super-group recorded the single “Slusaj ‘vamo” (Listen ‘ere) whose chorus sang “Mir, brate, mir” (Peace, brother, peace). This song filled the streets of the capitol city in the spring of 1992 from the truck on top of which the band played.

In the fall that same year, the Partibrejkers recorded a demo for their next record. There came performances in all the former republics: the Partibrejkers were among the first bands from Serbia who performed in Slovenia and Macedonia. The joined concert continued in cities around Europe with “Elektricni orgazam”, “Ekaterina Velika” and Zagreb’s “Vjestice” as part of an engaged tour called “Ko to tamo pjeva?” during the fall of 1993.

Their next album “Kiselo i slatko” (Sweet and sour) which is often described by Cane as their best album, was recorded with guest performances by many colleagues and friends like Srdjan Todorovic, Zoran Radomirovic Svaba, Milan Mladenovic, Sasa Lokner, Srdjan Gojkovic Gile and others. This colorful bunch helped create songs which became powerful reminders of the time they originated; song such as “Ljudi nisu isti” and “Hocu da znam”.

After a longer break because of Cane’s illness in the beginning of 1996 the Partibrejkers continued working. The reinforcements for Cane and Anton who were the only ones remaining from the old ensemble came from Zrenjanin – from the band “Gluve kucke” came the bassist Gojko Sevar and the guitarist Srdjan Graovac while the drummer Darko Kurjak came from “Oruzjem protiv otmicara”.

The rejuvenated ensemble published their compilation CD “Najbolje od najgoreg” with two new songs “Ludo i brzo” and “Rodjen los”. The first concerts in the new lineup were all sold out.

The fifth album “Ledeno doba” was published on the band’s five year anniversary and brought with it songs such as “Sjajnija buducnost”, “Sit gladan” and “Dobro radio lose radio” which proved that Partibrejkers had lost none of their quality and energy. On the war-ridden year 1999 they published their second compilation CD “San i java” with new songs “Krug” and “Da li sam to ja?”

“Gramzivost and pohlepa” the sixth album of Partibrejkers was published in 2002. During the 2000s they sold out performances around our country and throughout the ex-Yu region routinely. In the beginning of 2005 the drummer Darko Kurjak and the bass player Misa Karajankovic were replaced by Dejan Utvar who previously played in the bands “Kazna a usi”, “Lira vega”, “Presing” and “Eyesburn” and Vladislav Rac from Kanda Kodza and Nebojsa and Presing. The new ensemble worked perfectly and this is the lineup which had its famous performance with Chuck Barry in Zagreb.

The next Partibreakers album experienced the fate of their records at the start of their career – they spent almost two years looking for a publisher. The album titled “Sloboda ili nista” was finally published at the end of 2007 by PGP-RTS. 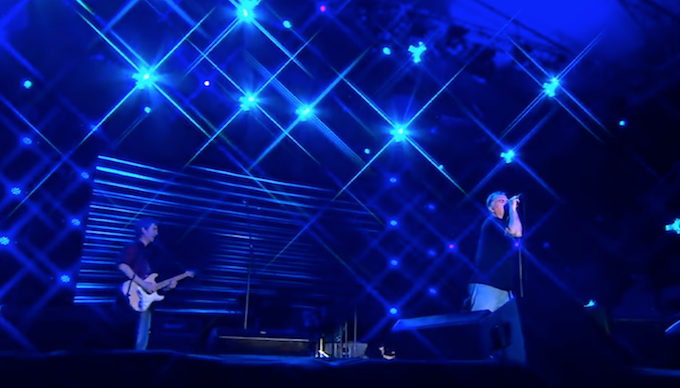 Their next album, the second concert album they did, titled “Krs i lom” was published in 2010 and the band lineup consisted of Cane, Anton, Darko Kurjak and now Zlatko Veljovic Laki on the bass. This live album was recorded earlier that year in concerts at the Belgrade Youth center. At the same time the monography about the work of the Partibrejkers was published under the name “Srce kuca, tu je”, directed by Flavio Rigonat.

In 2012 the Partibrejkers celebrated 30 years of existence and three years later the eighth studio album of one of the oldest Serbian rock ensembles came out with the title “Sirotinjsko carstvo”. Their latest album, though it displays a transition from punk rock to a sort of “garage” soul, is equally rich in ideas that are thought-provoking when it comes to the society we live in, just like every album that came before. It still leads us to the conclusion that society (still) isn’t a terribly nice place to live in.