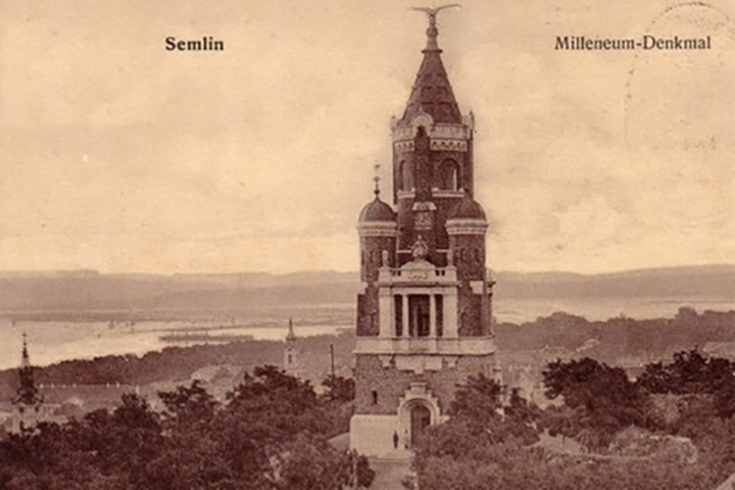 Tower Gardos, also known as Sibinjanin Janko tower or as Millenium tower is one of the four Millenium towers constructed by the Hungarian authorities in all four sides of the world, in the most remote cities of their empire as part of celebrating a thousand years since the Hungarians inhabited the Panonia region. The tower was constructed on the foundations of an ancient Zemun fortress Taurunum from the 9th century, whic was an important defensive point which stood above the right side of Danube for centuries.