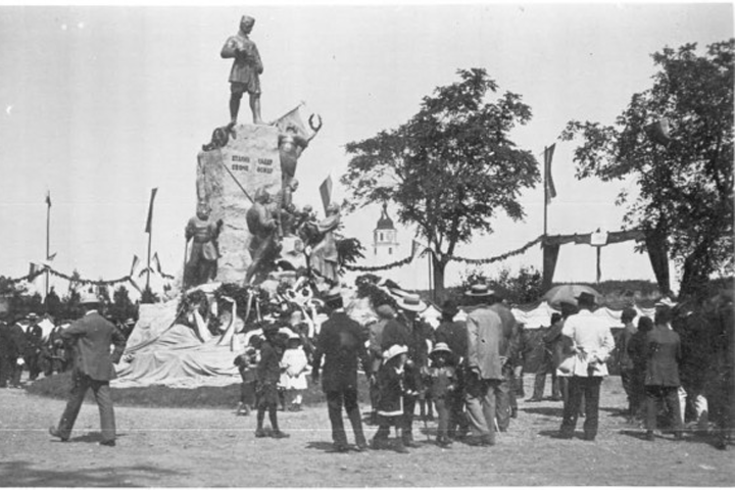 On the spot where the Monument of gratitude to France has stood since 1913, there was originally a Monument of gratitude to Karadjordje. The monument dedicated to his grandfather was revealed by King Petar I Karadjordjevic and consisted of sculptures of a blind minstrel, two soldiers from the I Serbian uprising and the Balkan wars, a woman holding a child, the goddess Nike and the Duke of Serbia at the top. The monument to Karadjordje was demolished via dynamite by Austro-Hungarian occupators under the excuse that it was damaged and unsafe. They had intended to replace it with a bronze sculpture of Francis Joseph which was discovered after the war on a Sava tow and melted into bells for Ortodox churches. The largest of which was gifted to church Ruzica in Kalemegdan.

The only preserved part of this monument whole is the figure of the blind minstrel walking with his cane. It is still kept today in the depot of the Belgrade Museum.