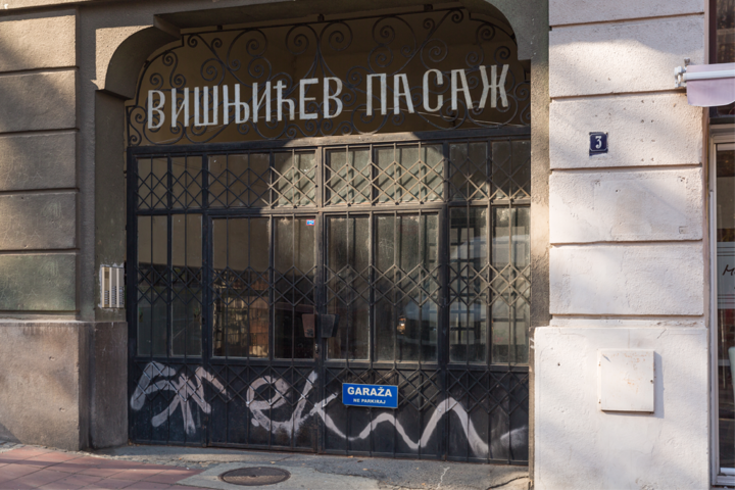 The oldest Belgrade elevator is located in the building at 3 Visnjiceva street. This elevator had its own bell-boy and in 1935 it gave its first ride to the first residents of the building. Since the 70's of the past century, it malfunctioned several times, which was why the elevator maintenance crew decided it would be safer to install a smaller cabin and replace the old, iron door.

More on the first elevator in Belgrade here.