“The “Bijelo dugme” concert has certainly moved many borders – everything was full. I remember that after the concert Goran Bregovic was in a hurry to get to an interview and when he arrived he said that the crowd nearly tipped over their car...it was really unforgettable, but Bregovic still saw these premises with the group “Jutro” when he was performing in the Festival of Youth...”

This is how the rock critic Petar Janjatovic reminisces on the 28th of August 1977. He was among the 30,000 people who rushed in to see the concert of one of the most famous ensemble of the former Yugoslavia. 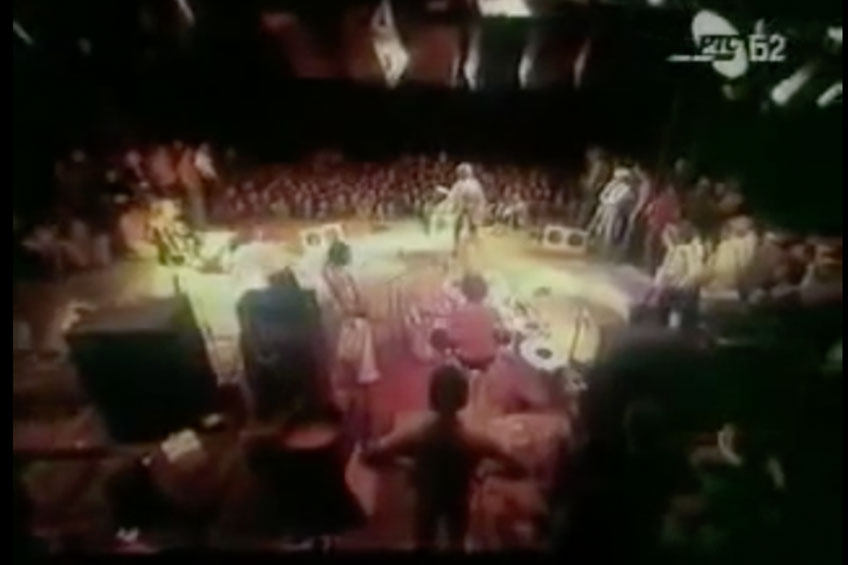 Each of them would gladly tell you about their experience from the famous Concert near Hajduk drinking fountain. Any fan of good music would gladly travel a few years more back in time when the then bass player of the band Pop Masina, Robert Nemecek, had decided to bring the trend of holding huge concerts on the open to Belgrade.

The hippie generation of Yugoslavians then had the chance for the first time to spend several quality hours with the songs like “S vremena na vreme” and “Porodicna manufaktura crnog hleba”. The associations of younger Belgraders when the Hajduk drinking fountain is mentioned are somewhat different. This part of Kosutnjak is now the ideal place for barbecue and the music festival “Supernatural” became the heir of the Youth festival.

All in all the space around Hajducka drinking fountain today is far from the thicket that surrounded it until the start of the 20th century. The data we preserved which would speak of its more distant history is very scarce. Therefore, when it comes to its construction – other than the assumption that it happened by the end of the 18th century – there isn’t much information at all. In fact, the only written piece of information can be found in the writes left behind by Dositej Obradovic, who expressed his wish to be laid to rest near the drinking fountain’s source.

Still, some estimate that Hajduk’s drinking fountain was already a popular picnicking spot in the 19th century. It was frequently visited by teachers and students from the then Great school which today is the University of Belgrade. Still, this area wasn’t always a space for enjoyment and relaxation. 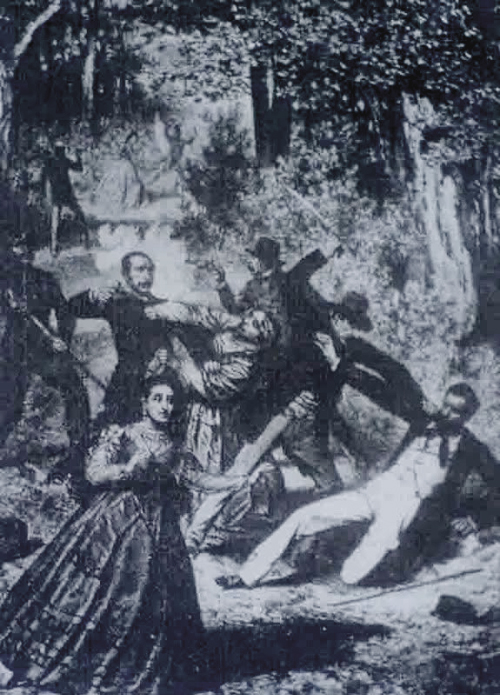 Around a hundred years earlier – and about a hundred meters away from the source – gunshots broke out which signaled the first important historical event that this spot is remembered for. On that day, 29th of May 1868, the prince Mihailo Obrenovic was mortally wounded by a gunshot fired by a certain pair of Radovanovic brothers, alongside  some members of the Nenadovic family whose family bonds with the Karadjordjevic dynasty were more than tight.

Given the political background of this tragic event, the perpetrators were soon captured and sentenced to death. Then, this part of Kosutnjak was turned into the royal hunting grounds for the Obrenovic family. As such, it was closed to the public up to 1904, when it was first mentioned as a large gathering spot.

On the 1st of May of that same year Serbian communists marked the Holiday of Work and a rumor was started among people that the drinking fountain in the foot of the hill, in the place of the old Obrenovic hunting grounds, gives healing water.

This urban legend survived after in 1937 iron pipes were installed leading to the drinking fountain. The strength of its stream then understandably became stronger and some individuals who frequented the fountain immediately declared it a miracle.

Proof of the water’s healing properties will still remain a myth. Formal confirmation about its properties remain non-existent, but to many picnickers it remains known for its freshness.

As of the middle of the last century, Kosutnjak officially became a popular meeting place for the denizens of the growing Serbian capitol. The Hajduk drinking fountain was first renovated before WWII, after which no significant holiday passed without a mass gathering of Belgraders there. Even though rock n’ roll was pushed off the scene in the 70’s in favor of some more ‘modern’ trends, the area around Hajduk’s drinking fountain certainly remains one of the favored meeting places of all generations today.