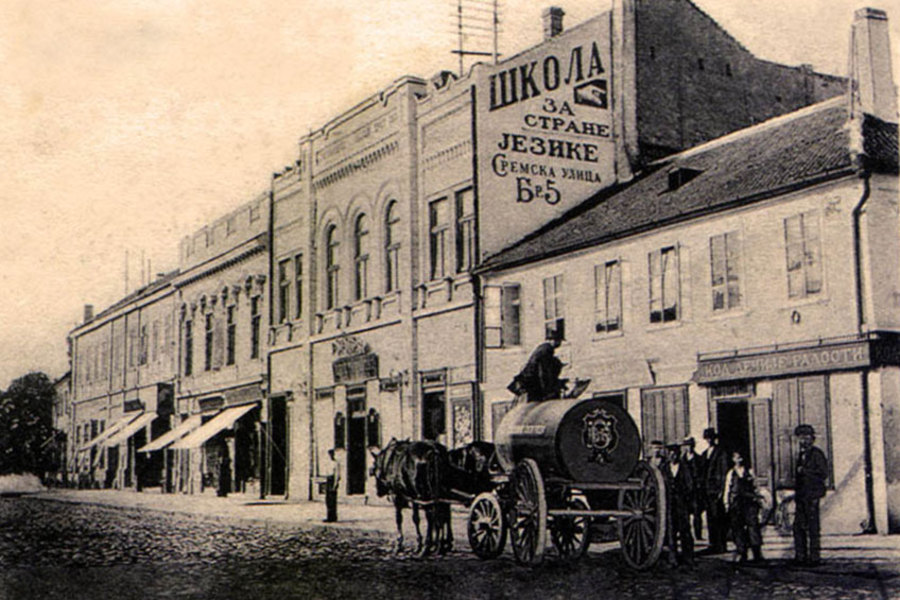 The first cinema in Balkans - night in Belgrade Paris

It was around the end of the 19th century when a certain gentleman from France arrived to Belgrade, presenting the brothers Lumiere. Mere months earlier in Paris, they presented to the world a technological marvel: moving pictures! Most of the people had no knowledge of this and those who did found it hard to imagine the kind of science fiction that arrived to their city.

The first improvised movie projection was arranged in the tavern "Zlatan krst" in Terazije, on a Spring evening in 1896. On a canvas spread out between two pillars, a line of text in German suddenly emerged from the darkness, after which played a short movie depicting the everyday life of a small town and a train rushing across a bridge. The stories say that the viewers that night got so spooked by the rushing train engine that several of them jumped off their seats and away from the canvas. Then played several random scenes of playing children, people strolling along a quay in Nice , two guests at a tavern table and that was it. The first movie showing in Belgrade.

What today seems to us as a pretty mundane and common form of entertainment was a spectacle for our fellow citizens back then. There was a thunderous round of applause and the show was talked about and written in newspapers. After the first movie projection in Belgrade, the publication “Male novine” published an article:

“Several days have passed since the effects and products of the so-called cinematograph, a device which shows movement the way a phonograph plays sounds, was demonstrated at “Zlatni krst”. You will see images – nay, you will see life, movement. You will be surprised you can’t hear the wind rustling, the sea waves howling, the cars roaring, the train engine whistling, speech, crying and laughter. Truly if anyone hasn’t yet witnessed this marvel of science they shouldn’t miss this opportunity, because the gentlemen Lumiere and Ogist who organize these productions of natural movement and life don’t intend to linger in Belgrade for too long. You can see the projection between 9 and 12 in the morning and 3 and 9 in the afternoon.”

These projections lasted several months before the technology of Lumiere brothers continued to the East towards Istanbul. Until 1906 several travelling cinemas passed through Belgrade until one settled down there. Cinema “Grand” made its home in “Pariz” hotel which was located in then Bezistan, a passageway that connects Terazije and Nikole Pasica square. For the criteria of early 20th century, the hotel in Terazije was extremely modern and luxurious – it had steam heating, phone lines, electricity and now a movie hall that was arranged as a restaurant where you could order food and drinks. Seeing how the hall was rectangular, the screen was set up in the middle of the halls. The audience on one side viewed the movie as normal, while those on the other side saw it in reverse, as though in a mirror, including the inverted letters. In order for the audience on the other side to be able to see, a thin sheet of fabric was used and soaked with water before every projection in order to make it transparent on the other side.

The lost profession of a synchronizer

Let us consider that the early technology caused difficulties in subtitle displays, so that reading the titles backwards wasn’t much of a problem – as it was usually in German or French. Instead there was a translator/reader who would translate the titles out loud to the audience (synchronized movies, if you will). In order to fill the silence between titled shots, there was usually a piano next to the screen, so the pianist would contribute to the atmosphere by playing classical piano concerts. On other occasions there were entire small orchestras and tamburitza players. 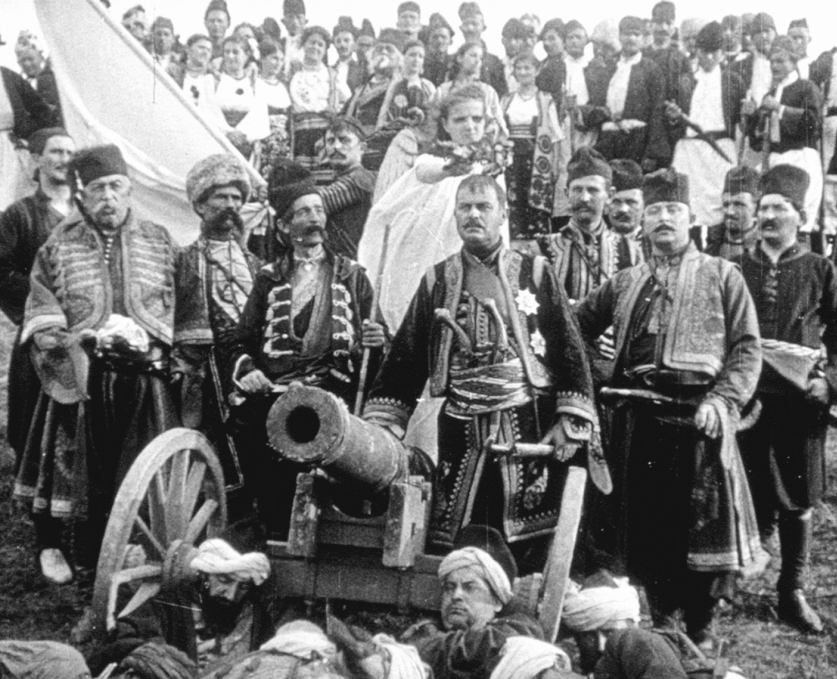 Photo: Archive of the Yugoslavian "kinoteka"

This problem was finally solved in 1911 when the first Serbian movie came to the screens – The life and times of the immortal Duke Karadjordje. The movie producer was the owner of the cinema himself – Svetozar Botoric who with this project became the first producer and movie author in the Balkans. Botoric was born 50 years prior to that near Ivanjica, where he worked as a waiter in Belgrade with strong ambitions. Alongside the cinema grew the first humorous theatre in Serbia “Orpheum”. Botoric gathered a group of people with similar interests and formed the Association of Serbian filmmaking. After a shining start and to the delight of the audience, cinemas in Belgrade began popping up like mushrooms after the rain. By 1914 there were around fourteen of them.

The movie that lived (?)

Just like any other story about Belgrade’s development and flourishing culture, this one as well ended with the war. The WWI meant the destruction of Botoric cinema and then Botoric’s own death in a concentration camp. The Pariz hotel remained standing, telling a tale of prewar days, until it was finally torn down in 1948 after suffering many damages. Some cinemas – contemporaries of the one in Paris hotel survived for much longer. “Kozara” cinema began work in 1911, then followed “Balkan”, “Drina”, “Odeon”, “20th October” and “Jadran” Cinema in Republic square. As we know, they weren’t ended by the wars but by privatization, McDonaldization and the cineplex culture. Most of them aren’t used for any purpose, except for Jadran which was converted into a cafe. 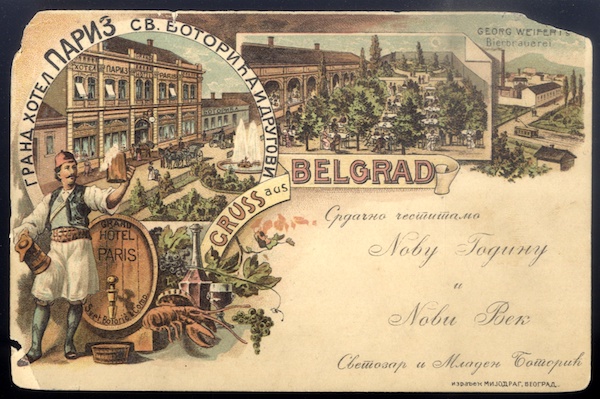 Seeing how after “Karadjordje” Svetozar Botoric continued advancing in his fresh cinematography career, there were more movies and documentaries produced by him, some of which crossed the borders into the world. After his death and in the chaos of the war not much was know about his legacy, until it was finally discovered in Vienna. A part of the materials is still kept by the Yugoslavian “kinoteka” in Belgrade.