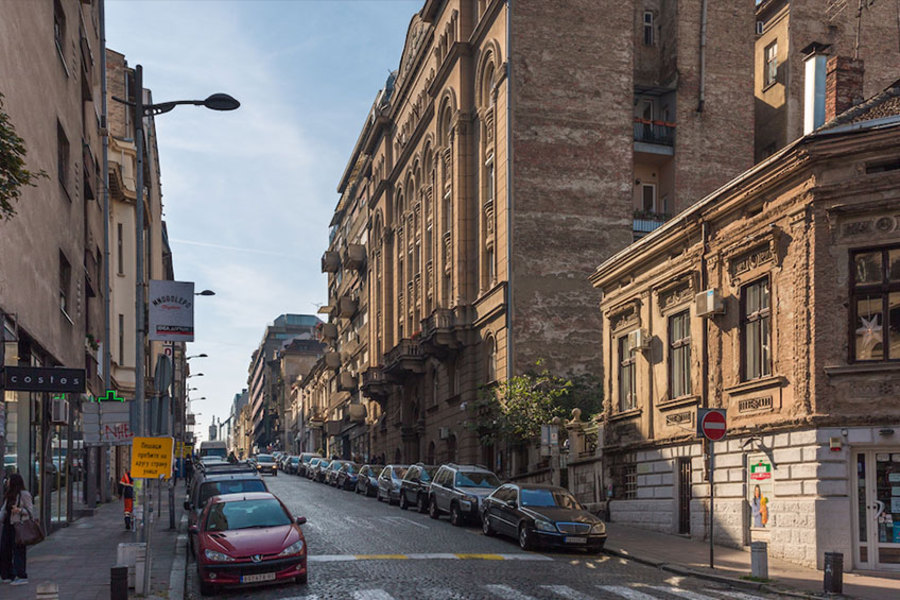 Down the street of king Petar - Belgrade on a smaller scale

If you could choose one street in Belgrade to show to a friend who is only here for an afternoon, where would you go?

From Sava to Danube from the I to XXI century, one of the oldest streets in the city has lived on under the name “kralja Petra I Karadjordjevica” street. It’s difficult to list all that makes it so interesting, but we’ll accept this challenge.

Let’s start with the fact that this path was used by the ancient Romans, back when this street crossed paths with another that stretched from today’s Knez Mihajlova to the National theatre and was the heart of Singidunum. Some remains of the Roman culture, the ancient terma and forums still exist in surrounding streets, but they have been preserved (as expected) or not, so they can’t always be seen. However, if you follow all the events and cultures chronologically over the 20 turbulent centuries of Belgrade, odds are you might spot them in our streets if you look closely enough. 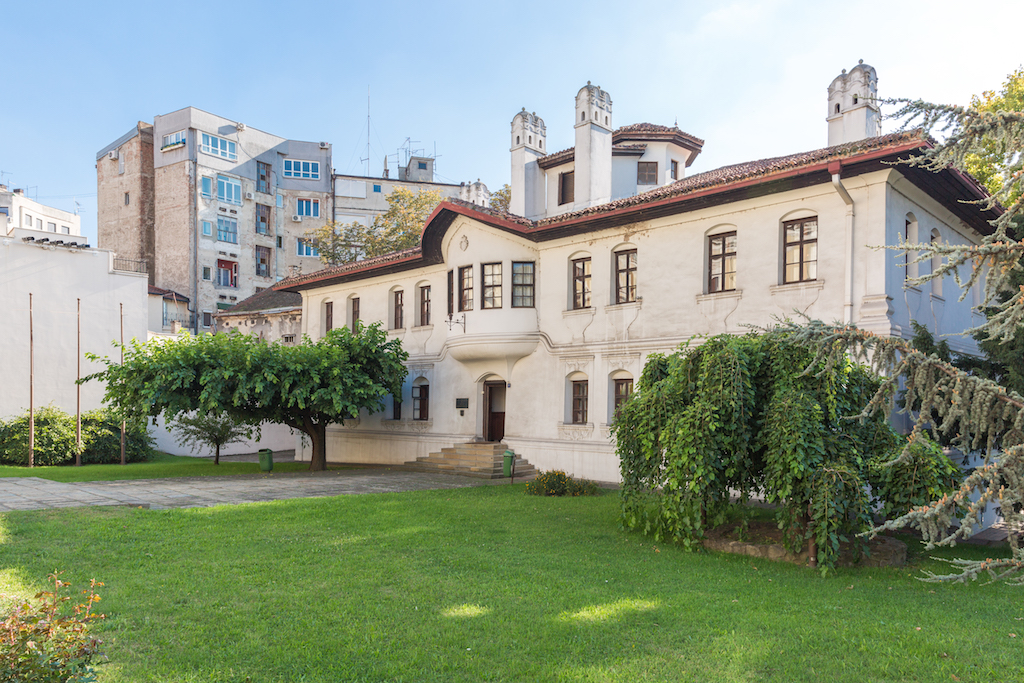 Montmartre that never was

Starting with the coast of Sava in the delightful “Kosancicev venac” which had all the predispositions to become a Montmartre of sorts, but never did – although it’s still possible to come across an atelier or an interesting shop there. It was in this area that the first Belgrade settlement outside Kalemegdan was founded. To add to the Montmartre reference, this is also where the rectorate of the Art University and the College of Applied Arts are located.

Nearby, some ways down the cobblestone there is the Residence of princess Ljubica that was constructed in 1831. It deserves a special mention both due to the infamous court intrigue that could carry an exciting TV series plot and the interesting interior that brings together the Neo Baroque and Oriental style where Milan and Mihajlo grew up, later to rule Serbia. This building is nowadays open on all days except Mondays, so you can visit it and learn its secrets yourself. Moving on – across the way from the residence there is the beautiful Patriarchy church building and then the Congregation church that was constructed about 10 years after the princess’ residence. Here Vuk Karadzic and Dositej Obradovic lie buried.

For a brief respite from history you can cross the street and find the two-century old and famous tavern “?”. If you had a time machine to travel back to the middle of the 19th century, the only difference you’d notice was  the clothes people are wearing – the tavern would look more or less the same. Back in 1826 there was nothing remarkable about this building – most other buildings were white and single-story. What’s interesting was that the original name of the tavern was “Kod Saborne crkve” (At Congregation church), but the church officials vetoed the name. The owner spitefully decided that the church will forever be named “?”. If you drop by there for a shot of “sljivovica”, imagine Vuk Karadzic doing the same, seeing how he was a regular in there. 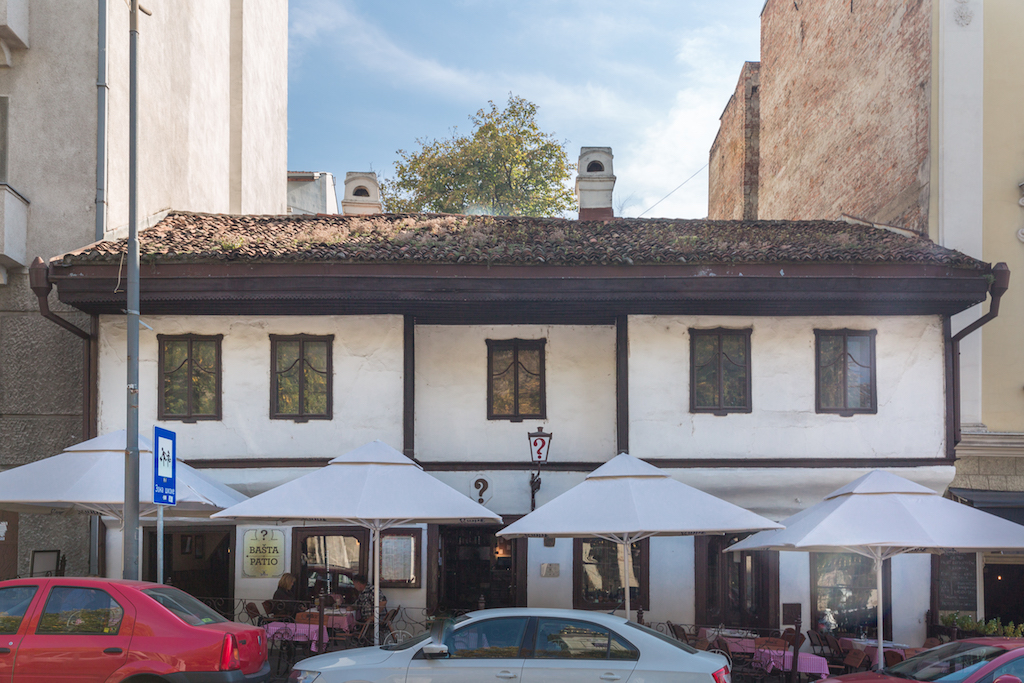 We move on to the junior school “Kralj Petar I” which was constructed in the beginning of the XX century. A little-known but intriguing fact is that it was right in this school, in its gym hall, that Ivan Mestrovic sculpted the Monument to the Victor. Where the Kralja Petra street is intersected by the Cara Lazara street, there is the National bank building, also worth visiting and for that purpose open every workday. It was right here that one of our most influential national writers, Branislav Nusic, was born.

The mystery of the glass cube

Now we are in Knez Mihajlova street. We’ll skip over it today and finally begin descending towards Dorcol. You’ll notice a certain glass cube being built here – the reason for it will remain a mystery to all but the city urbanists. If nothing else, we can at least say that soon we’ll be able to see some typical XXI century architecture in this part of the city, which will contribute to the diversity of this street. The building surrounding us now (that aren’t banks or stores) once belonged to Jews who only got the right to leave the Jewish quarter in 1888 and begin making homes with the rest of the populace. On the left side, now in the corner with Vasa’s street, there used to be until recently cafe Leila where you could frequently come across live music and buy records by interesting authors at cheap prices. Today it bears a different name, but thankfully works under the same concept. 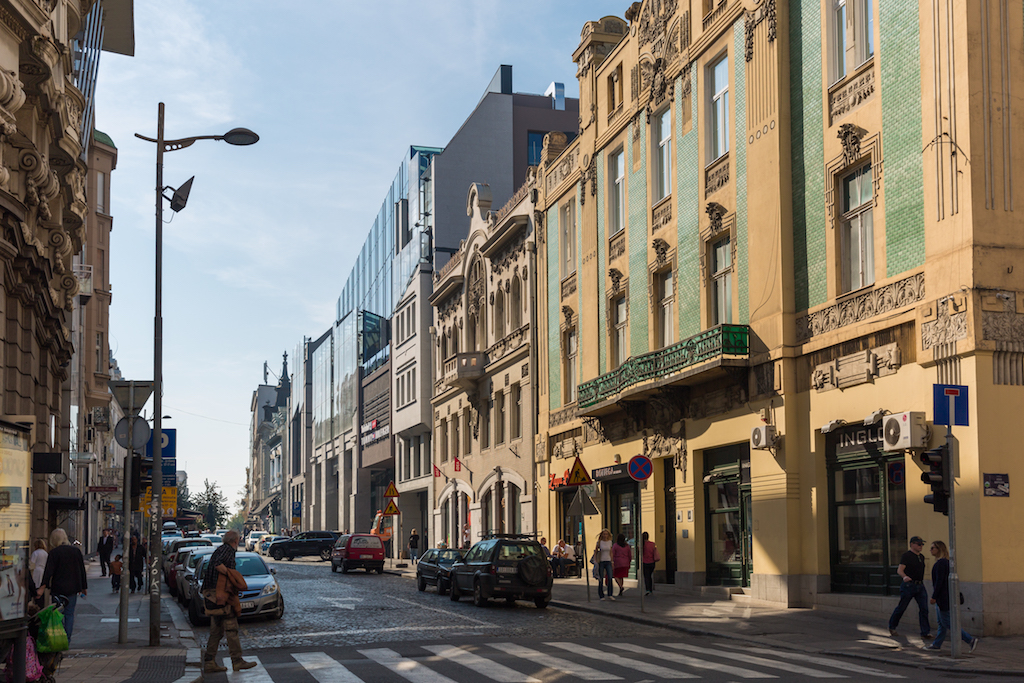 Once you cross the street, you will the window shops of several Belgrade’s prestigious designer stores, and between them the somewhat inconspicuous entrance to the oldest hotel in Belgrade – “Rojal”. Thanks to the fact that this hotel always worked and served food non-stop, Royal has become an unavoidable meeting place for all those who stayed up after midnight but don’t feel like heading home yet. Anyone who came in here for a cup of Turkish coffee, beer or a steak at 3:30AM would often be surprised by the positive atmosphere that greeted them and came back for more. Today Rojal is sadly closed because of debts.

Carrying on, you should pay attention to varying styles. Don’t let yourself be fooled by neglected and graying facades – the entire architectual encyclopedia, layers of time that stretch from classic Roman through baroque, modernism, orient, academism to street art in the form of interesting or senseless graffiti, posters and love messages are in themselves a story about Belgrade. In addition to pricey clothing and fashion accessories, there are also cafes and wineries as well as more modest window shops of craft stores. We can’t neglect to mention the Sava perfume shop, the oldest one of its kind in Belgrade. If you step into the small shop, you’ll be met with old-town manners of the owner, nostalgic smells, an interior and treatment that will briefly take you back to pre-war Belgrade. 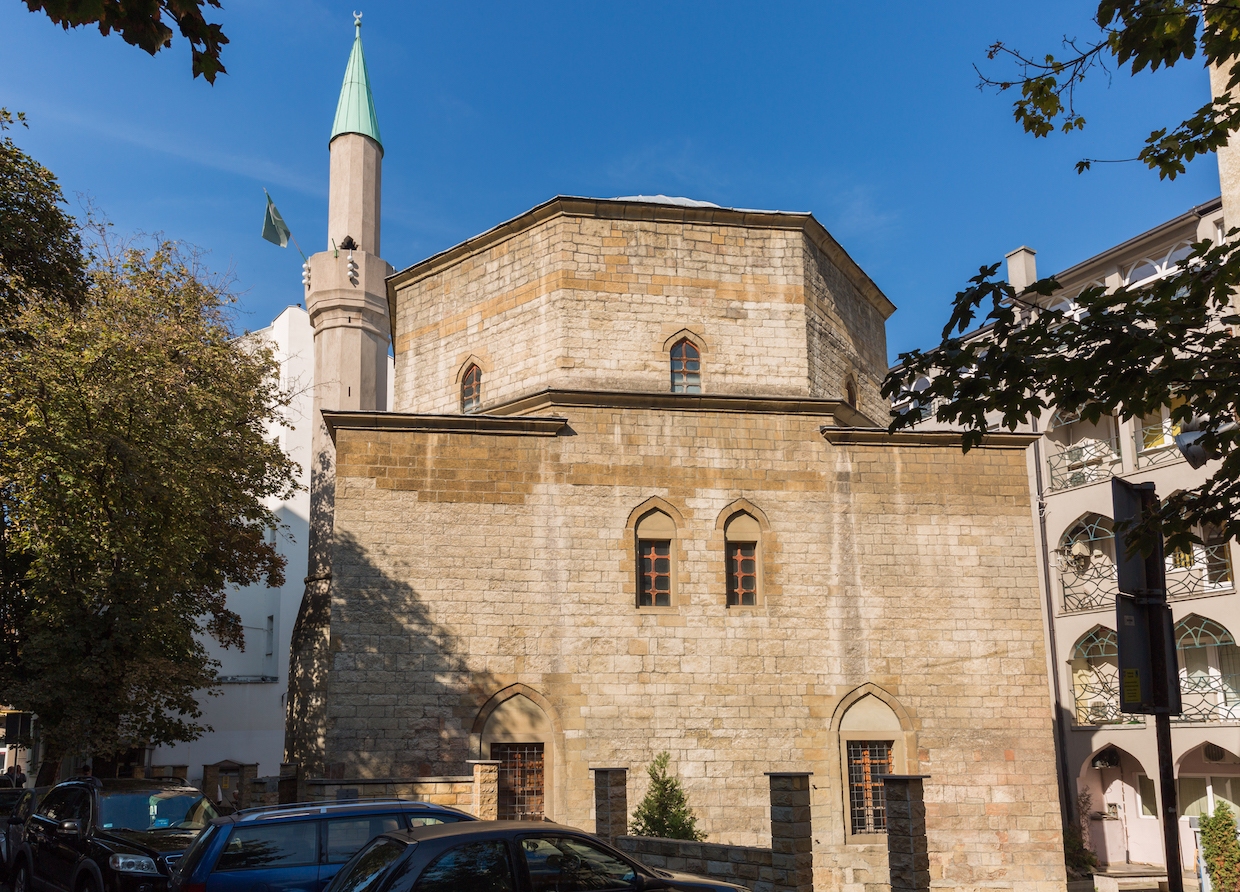 The last trace of the Ottoman Empire

In number 71 there is the Jewish history museum which today also houses the seat of the Jewish council, humanitarian pharmacy and the rabbi offices. When you reach Gospodar Jevremova street, pay attention to both sides of the street. On the left side is the Museum of Vuk and Dositej and on the right side the Bajrakli mosque. This is one of the oldest buildings in Belgrade, constructed in the middle of 16th century and the only surviving Belgrade mosque, out of about a hundred that used to exist in the territory of the capitol in the time of the Ottomans. Even then, it was regarded as the central city mosque and its flag – that was its namesake – would rise and signal the others to do the same, so that prayer would begin at the same time in all mosques. This part of the city was called “Zajrek” during the Ottomans and among the other, normal houses, one in particular stood out, being very lavish for that time. Luckily it remains preserved today as the Vuk and Dositej Museum. Built in the classic Balkan style with clear Orient lines, it is the oldest preserved residential building in Belgrade. Over the course of history this building changed its purpose many times, it was even the center of the Grand school for four years. Only somewhat successfully, Vuk Karadzic used to attend this school as one of the first twenty students. You can learn more on that time, the school’s curriculum, professors and students in the museum itself. On certain days depending on the month, there is a professional curator there.

Here we leave you with several choices – continue downhill towards the river and seek further traces of Belgrade’s history in the facades of buildings, take a break in one of Dorcol’s cafes in the shade of a tree and old walls or turn to Strahinjica Bana street and stroll to the bohemian heart of Skadarlija.

He graduated in photography in 2015 and two years later completed his master studies in studio photography at the college of Applied Arts in Belgrade.
Working predominantly in visual arts (photography, design, video), he enjoys composite photography technique the most.
To date he has organized one independent and participated in several group exhibitions. He has also worked as a director of photography in various music videos and short movies.
He continues to search for new ways of visual expression.