New Belgrade's number mystery - who, when and why named the Blocks with numbers?

Geometry, integrals and high mathematics fall defeated before the simple question of “How were New Belgrade blocks numerized?” Where is the connection between Block 50 and 6 and why are they next to each other? How did Blocks 44 and 45 end up facing blocks 70 and 71, where did Block 27 go and who even named them “Blocks”?

Many a visitor to the “city of light, sun and the future” (as New Belgrade was once known) will fall prey to the common mistake of going into the blocks without a map and then wander for a long time in circles, seeking the right address. An urban legend jokingly says that many who have had enough of wandering and seeking the way out chose to settle down in the blocks and start a new life there, rather than prolong the agony of seeking the right block numbers. 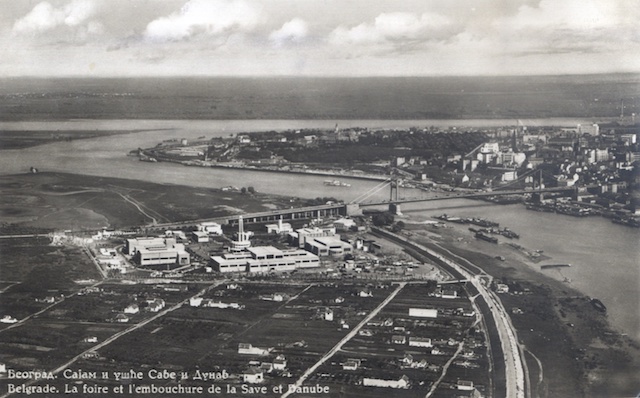 From a wild beach to the blocks

Everything had started in the now distant 1948. The optimism of post-war Belgrade uplifted the spirits of 33 youth workers in work brigades and their muscle, sweat and camaraderie built – with some delays due to economic problems – this ‘city inside a city’.

Before then, New Belgrade was a swampland, often flooded by the Sava River. Right along the coast, in the direction ranging from today’s Sava Centar to Branko’s settlement there was a ‘wild’ settlement. On the other side, on the edge of Zemun around today’s hotel Yugoslavia, there were some houses that continued into the New settlement (old airport) near Bezanija and the village Bezanija. A total of 2500 souls lived there. 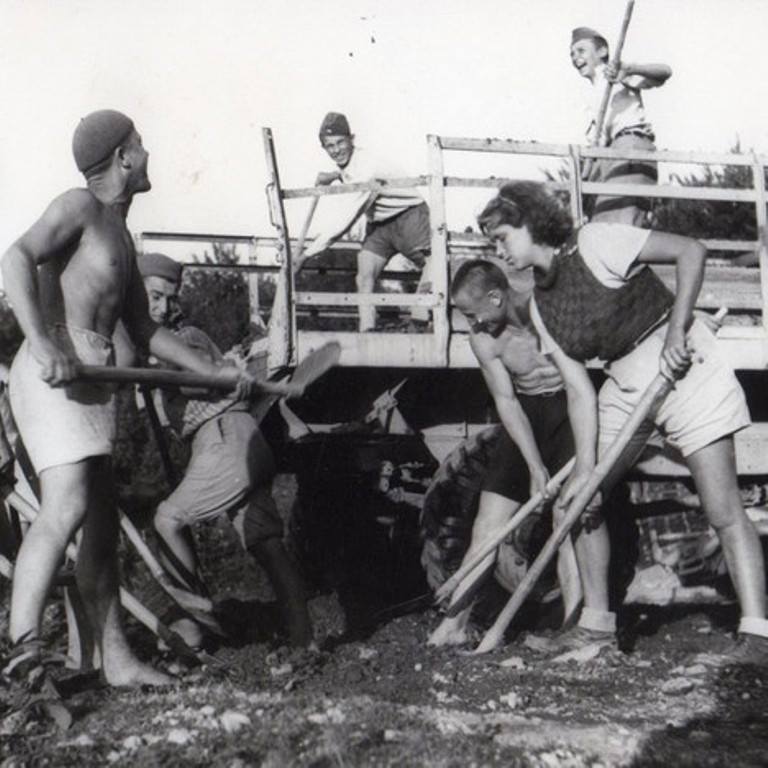 The only roads passing through the ridge back then were the road to Zemun and the railway built there by the Austrians back in 1884.

And then everything changed. Young workers spared no effort and worked tirelessly in order to turn the so-called ‘pig beach’ of that time into the “Blocks” we know today.

The naming began with Block 1, or the popular Fountain. The naming logic was sound at first and every next block was named a number higher, all the way up to Block 8. That’s where the shenanigans begin.

It’s not well-known what logic was followed for numeration from there on. Even those who worked on the entire project from the start can’t quite recall the true reasoning behind assigning the numbers. This fact gave birth to many conclusions, theories and even legends – all a product of this strange mixture of logic, facts, desires and imagination.

Among the denizens of New Belgrade there are those who believe that blocks numbered 9-15 were planned to line the Danube, since after Block 8 was finished the construction continued in that area of the city. The fact that there are blocks 9A, 9B is written off to the frequent interruptions and continuations of the construction works.

This logic explains that further numbers went from Usce, alongside Sava and onward to the Old railway bridge and that the rules for setting up the numbers were followed by the workers up to Block 43.

As for how it continued...they aren’t clear on that. But they do admit that Block 72 completely defies any numbering logic. Most inconsistencies from there on are written off to the chaos that ensued due to non-authorized construction that went on in the new blocks from the 80’s to this day.

There is also a second theory that states that as the streets were named after important people, members of the Unsorted movement, the blocks themselves were then numbered after some – unknown to us – dates related to those people.

Facts from the blocks

- Single-digit numbers are the oldest.

The former professor of the Traffic college Dr. Vladeta Colic in his day told stories of how New Belgrade, before the construction began, was filled in with sand from the Danube. The sand was extracted next to the Great war island and then transferred to the left coast of Sava where the mudpits were filled-in. 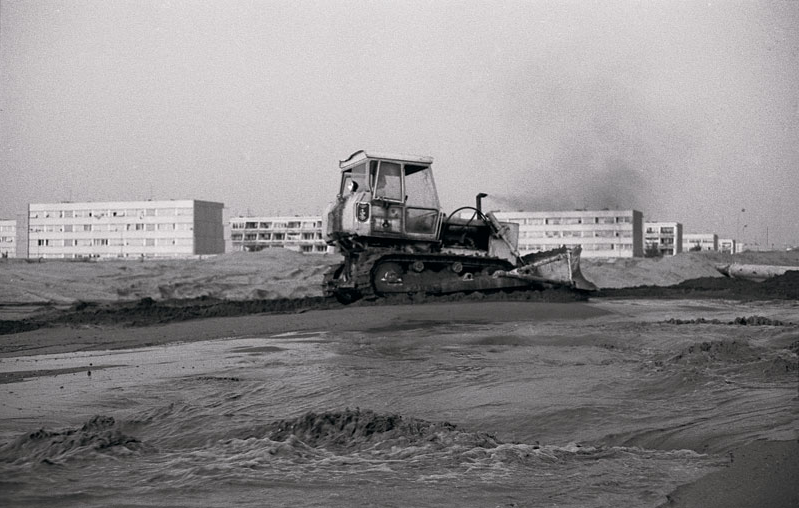 In 1969 Colic worked as one of the project leaders at PIM (ship-building company “Ivan Milutinovic). In those days the fill-in was in progress and the cassettes – or blocks, as we know them today – were already numbered by the engineers.

As he states, the smaller numbers were distributed around the coastal areas where the land-filling began, while larger numbers were assigned later as it progressed.

What does the source say?

The true logic behind naming the New Belgrade blocks couldn’t be fully explained even with the efforts of Jovan Miskovic, the co-author of the New Belgrade regulation plan from the start of the 60’s who named the blocks.

As he listed at one point “we worked in any way that made sense to the urbanists and people working in construction back then”. The numbers would often be added or skipped as the engineers pleased because the territory of New Belgrade was constantly being added to. The urbanists didn’t have the right to name streets and blocks, so they just used numbers which remained in use today.

Miskovic and Glavicki simply continued that numbering tradition that was started in the 50’s by Branko Petricic, the projectant of the first New Belgrade Block.