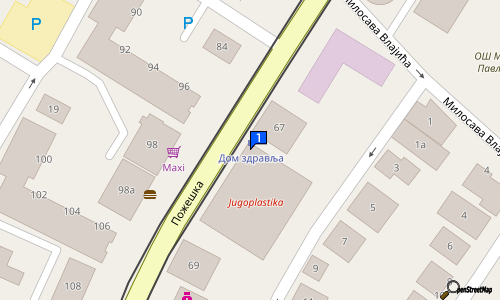 "Belosevac" gynecology practice is a private medical office with over twenty years of experience. Our team of doctors and medical equipment guarantee the quality of our services.

The basic qualities of our work include professionalism, quality and discretion. Our primary activity is health protection for women, prevention, diagnostics and treatment of gynecological problems.

Belosevac gynecology practice is a place where above all you will feel relaxed and comfortable and receive high quality medical services.

These services relate to:

The normal physiological state of a women that originates when spermatozoa join the egg cells. A regular pregnancy lasts for 280 days or 40 weeks and should always be closely monitored from beginning to end.

- Pre-malign and malign diseases of genitalia and breasts

Carcinomas of the cervix, endometrium and the oviduct hold a significant place in the female population pathology. Even though no specific age excludes the appearance of these problems, they are most commonly shown around the woman's fifth decade of life. In order to prevent these illnesses it is extremely important that women have a regular two or at a minimum one checkup with their gynecologist every year as well as a cytological and colonoscopy examination.

Preventing unwanted pregnancies. This poses a big issue for many women, especially the youth around the world. The worst family planning method is the abortion which may have permanent consequences on the woman's organism.

Causes for sterility are numerous and in a small 10-15% of cases they cannot even be determined. Studying and treating infertility is often an arduous and lengthy process that depends heavily on both partners' involvement.

This is the permanent cessation of the menstrual cycle. The start of menopause is gradual and begins in mid to late forties, displayed by irregular menstrual cycles.

LEGAL PREGNANCY INTERRUPTION (using aspiration or curettage) can be performed by up to 10th week of gestation using medication such as a combination of antiprogesterone and prostaglandine. At this stage the pregnancy can also be ended with aspiration.

With that method the cervix is not dilated and a tube attached to a vacuum is introduced into the womb. By aspiration (vacuuming) of the womb's content we remove its contents. This intervention is not allowed in western countries due to the Catholic church's  beliefs and it is popularly known as 'menstruation regulation'.

After the sixth week pregnancy interruption can only be done by dilating the cervix and curettage of the womb.

For emergencies our patients may also reach us through: