Belgrade between XVI and XIX century: the age of Austria-Turkey wars. 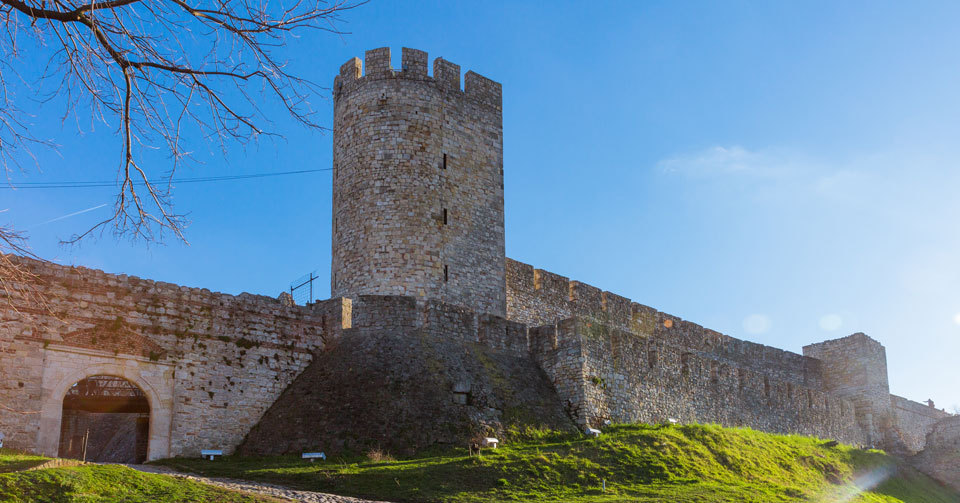 Having conquered Belgrade in 1521, the Turks ensured a clear passage to middle Europe for themselves. Within the next five years they entered Buda and soon after found themselves at the ramparts of Vienna. The wars between Austria and Turkey took place throughout the next three centuries. The fate of Belgrade rested on the outcome of this struggle.

Dar ul Jihad – a century and a half of Turkish rule

Throughout most of the middle ages, Belgrade was located on the border of two neighboring states (Byzantium and Hungary, then Serbia and Hungary, then Turkey and Hungary), which contributed to its development, especially as a military fortification. By moving the Turkish border further to the north, it’s strategic significance largely shifted.

By staying deep in the background for ongoing wars between the European forces and the Turks, Belgrade found itself within the political and economy system of the Ottoman empire. Sultan Suleiman began rebuilding Belgrade which Turks had dubbed “Dar ul Jihad” (the house of holy war). During the 150 years of peace that Belgrade experienced, it became the center point of trade between the East and the West and grew into a shining example of an Oriental city.

Led by Vrsac’s episcope Theodor Nestorovic, the Serbs in Banat in 1594 staged an uprising against the Turks. As an act of retribution towards the rebels who bore banners with the image of St. Sava, the Sinan-pasha commanded that the saint’s remains were to be burned in Vracar. The uprising was quickly snuffed out.

The city reached its peak under the Turks by the middle of the 17th century when it had around 100.000 citizens, mostly Serbs and Turks but there were also Jews and folk from Dubrovnik. By the end of that century, plague ravaged Belgrade which in addition to frequent fires and the Janissaries uprising led to the stagnation of the city’s development.

After almost a century and a half of peace, Belgrade found itself once again in the middle of a war zone.

When during the siege of Vienna in 1683 the army of the grand Vizier was defeated completely, the Christian Holy League launched an offensive towards Turkey. The Austrians, led by Maximilian of Bavaria in 1688 conquered Belgrade and continued to advance towards the South, all the way towards Macedonia.

It was then that the Serbs grabbed their weapons and joined the Austrian troops in their fight against the Turks. However, soon the Great Alliance war broke out and the Austrians were forced to retreat a large part of their forces out of Serbia.

In Belgrade in 1690 there was a Church and people’s assembly that appealed to the Austrian emperor Leopold I to allow Serbs to migrate to Hungary and attain religious and education autonomy. The emperor approved this request, on the condition that Serbs fought in the Austrian military.

After regrouping, the Turks launched a counter-offensive and retook Belgrade after six days of siege. The city was completely devastated by these conflicts and its denizens were cruelly punished for their cooperation with the Austrians.

After two centuries of Turkish rule over Belgrade, one of the greatest battles for this city took place in 1717. Though it was less numerous, the Austrian military managed to conquer Belgrade thanks to prince Eugene of Sevoy’s brilliant tactics.

Over the following 22 years that Belgrade was under Austrian rule it quickly lost its Oriental spirit and became more of a European city. In the place of the demolished Turkish fortress, a modern fortification is built following the designs of the engineer and General Nikola Doksat de Morez. In addition to the fortress, the town itself was largely reconstructed as well as the fort which was surrounded by ramparts. In addition, it was divided into two parts – German on the Danube and Serbian on the Sava. New buildings are constructed in both parts of the city.

However, Belgrade’s modernization was interrupted one more time in 1739. After a disastrous defeat suffered from the Turkish army near Grocka, Austria signed an agreement to retreat across Sava and leave Belgrade to the Ottomans. On top of that, the Austrians were mandated to demolish everything they had constructed throughout the previous two decades.

It took Turks 14 years to restore Belgrade to its previous appearance.

While Belgrade stagnated, Zemun on the other end was flourishing, gaining a special status within the military territories.

Just like 50 years earlier, fleeing Turkish punishment the Serbs set out on a new migration, this time led by patriarch Arsenije IV Sakabenta.

During the last Austria-Turkey war under the guidance of Marshall Gideon von Laudon the Austrian army conquered Belgrade once again. It did so in the year 1789, but as Austria was warring with Prussia at the same time, it was soon forced to ask for peace. After the Svistov peace signing in 1791, the Austrians retreated to Zemun and the Turkish Becir-Pasha’s army occupied Belgrade.

In the following years, Belgrade was ravaged by plague that took 4500 lives. Under those circumstances Belgrade greeted the 19th century start and the appearance of a new factor in tailoring the borders in Balkans – Serbia.