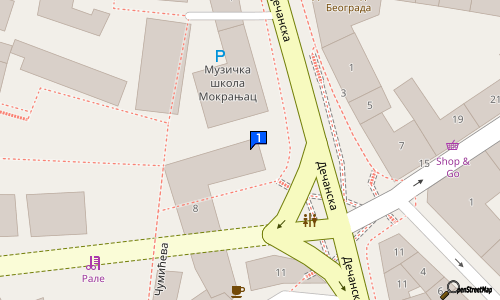 The Serbs from Croatia society was founded on Vidovdan 1990, as a non-government, non-party and socialy-humanitarian organization, with the basic goal to work on preserving the cultural heritage of the Serbs from Croatia, their tradition and customs. In the period up to now, the Society was engaged in collection and sending humanitarian help to endangered areas. Somewhat earlier in Krajina (Kistanje, near the monastery Krka), the Serbian cultural society ZORA was founded, on similar program orientation, with the accent on cultural activities. In the end of 2001, these two organizations, conscious of the splintered fugitive societies, start a joint action regarding the activity unification of homeland and similar clubs, the coordination of their work and stimulation of partnership. The society organized a large number of debates, scientific gatherings and round tables, which very realistically and argumentedlly showed the facts about the state and condition of the Serbian people in Croatia, egzistential problematics of the refugee population, suggestions for solutions etc. With the Parliament board for Serbs Decision, the Serbian Parliament and the Commissariat for refugees of the Serbian Republic, the Society acts today as a coordinator for homeland societies, clubs and other refugee associations from the territories of Slavonija, Kordun, Banija, Lika and Dalmatia. In order for this complex job to be more successfully done, four boards have been formed: Board for culture and informing, Board for commerce, Board for refugees and Board for cooperation with non-government and government organization, with the Serbian Orthodox Church and the Serbs abroad. Within the Board for culture, the Serbian culture society ZORA , acts as a publisher, organizer of painting activities and the wake guardian of the tradition of Dalmatian and other Krajina Serbs. ZORA is the publisher and copublisher of 40 books, magazines and catalogues, it protected several hundreds of icons from the Dalmatian orthodox churches, and saved the art fond of the monastery Krka. It\'s the painters that gave this monastery the pictures in the beginning of the 90s, that formed the Humanitarian fond for war orphans help. Through this Fond, in which the assets consist of membership fees and donations, the children that were left without parents because of the war, are being helped.