The western gate is the popular name for the “Genex” tower, a skyscraper consisting of about 35 floors located in the National hero street in New Belgrade. The construction project author was the architect Mihajlo Petrovic in 1980. The building consists of two connected towers, linked by a bridge on the 26th floor, with a circular top that houses a rotating restaurant. Today it’s the second tallest building in Belgrade, topped only by the skyscraper PC “Usce”. The Genex group owns one of the towers which is where the building got its original name. The second name – western gate – it earned thanks to its position right next to the highway leading out and into Belgrade which made it famous as an iconic welcoming sight for people arriving to the city from the airport.

One bit of trivia is related to the rotating restaurant on the top of the building. In the eighties the only people who had access to it were those belonging to the Serbian elite. Tito often dined here with the country’s business elite and the top officials of his party. 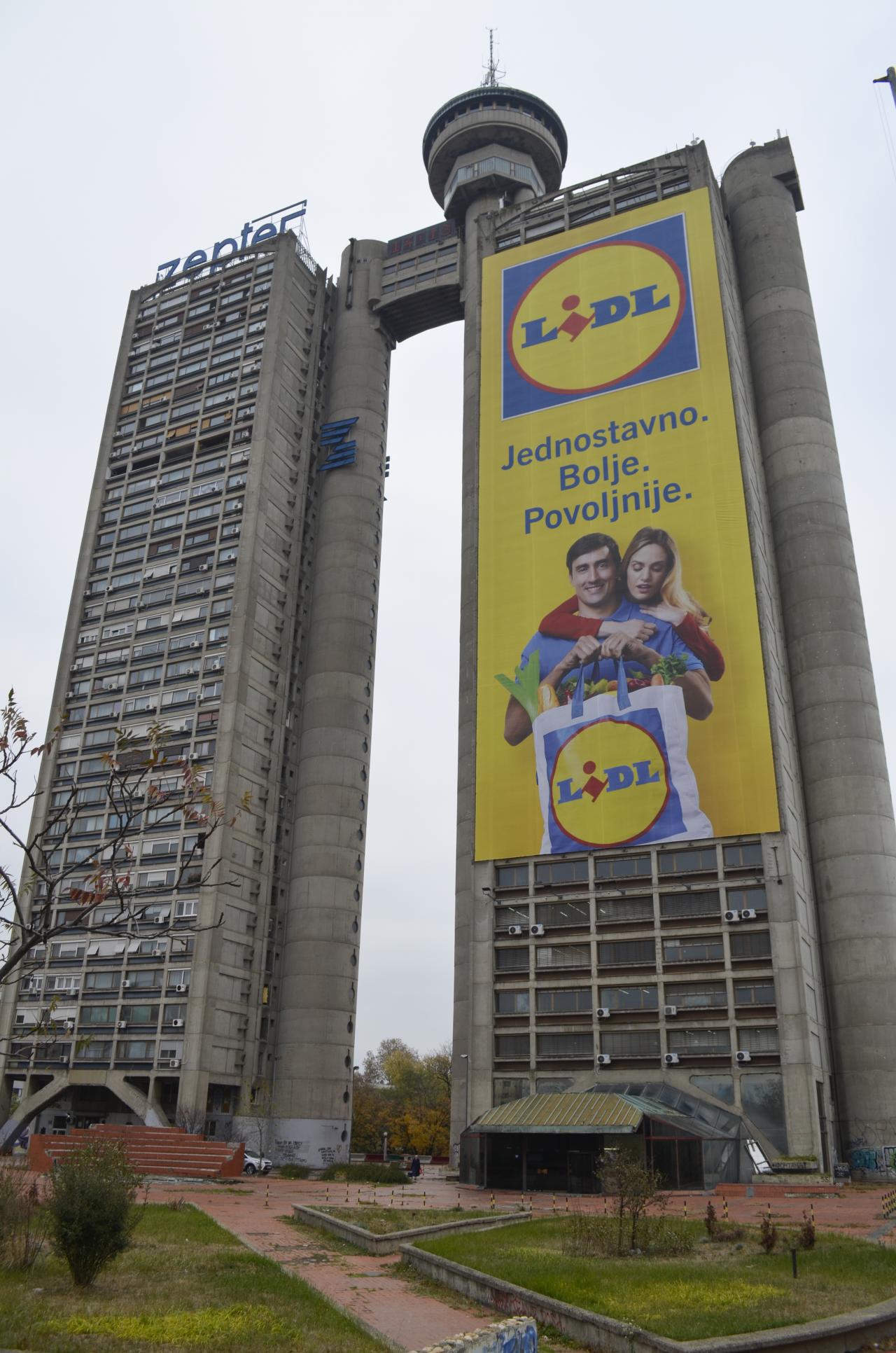