On this fountain is a bronze statue of a boy, Sava Petkovic, in memory of the incident caused by Turkish soldiers in 1862. The official name of the sculpture is “The boy with a broken pitcher." The inscription on the statue reads: “In memory of the events of 26th of May in 1862, Cukur fountain". On that day was killed thirteen year old Sava Petrovic, who worked as an apprentice his “master of craft” Aleksa had sent him to the fountain to fetch water. There are various versions of events, this one was recounted by Carlo Perolo, an innkeeper and the Italian consul officer. According to him, the boy was taking water from the fountain, and while waiting to fill up a jug three Turkish soldiers came along and asked to drink from his pitcher. When he refused, he was attacked by a soldier with a bayonet – or in other versions was hit with a full jug on his head. No one knows for sure whether the boy was actually killed or wounded, but given that there is no subsequent mention of him in the documents, the opinion is that he died instantly. 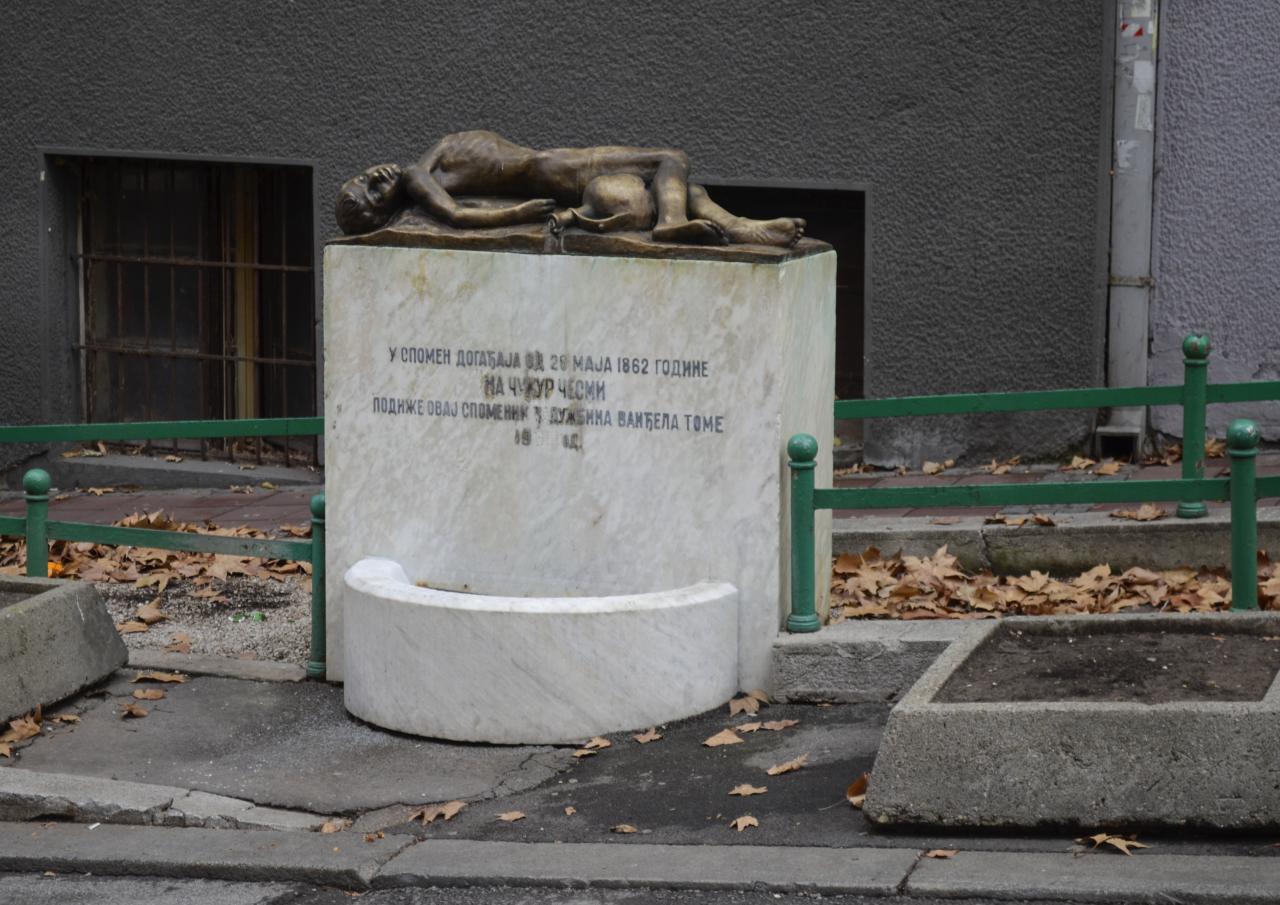 Sima Nesic , a translator for the city who happened nearby, rushed there with Serbian gendarmes, however he too was executed . This event was the cause of the outbreak of disorder where the Serbs surrounded the Turks, but further deterioration was prevented by the Serbian commander of the guard Ivko Prokić who freed the Turks to avoid even worse consequences for the nation. Having escorted them to the gates of the Belgrade fortress, where Turkish stronghold was and turned to go back, he was murdered from the back.
When all of these events became public, Prince Milos Obrenovic, sent an ultimatum to the Turks to leave the city. The situation appeared to have calmed down on Monday, but on Tuesday, suddenly, the Turkish cannons fired from Kalemegdan , killing about 20 people and destroying 20 homes while damaging 357 more in the fires. Asher Pasha had ordered the bombing , which violated the previous agreement and Prince Michael immediately declared war and mobilized an army of 15 thousand soldiers. When a new truce followed, Vefik Effendi came from the Turkish Empire in order to establish what really happened. After hearing the witnesses, Karla Perola and with the help of the great powers, between 23rd of August and 4th of September in 1862, according to the Kanliski protocol, the Turks leave Serbia forever. The then Minister Ilija Garasanin had a major role in the signing of the contract, arguing for peaceful solutions.

The memorial Fountain was built in 1931, using the resources of merchant Thomas Vanđel’s legacy by the Serbian academic and sculptor Simeon Roksandic . The model for the sculpture was Vlastimir Kepa Petkovic , former operator of Radio Belgrade and famous footballer KSF now called OFK Belgrade . Cultural monument status was given to the fountain was on 5th of February in 1965. 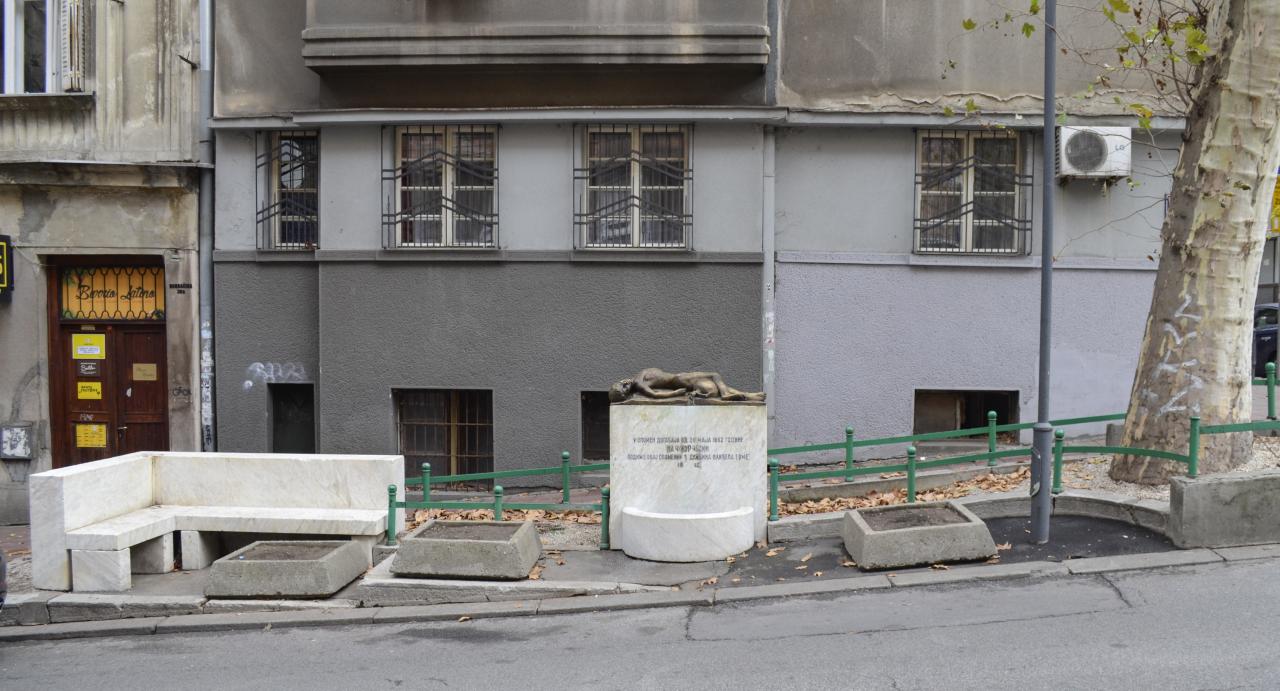