The smallest bridge in Belgrade, it is used for road traffic as well as trams. It was built during the occupation in 1942 because the king Alexander bridge – back then the only one that led across the river Sava – had been destroyed in the bombings. The tram tracks were built into it in 1984, as a part of the tram line leading to Block 45 in New Belgrade. 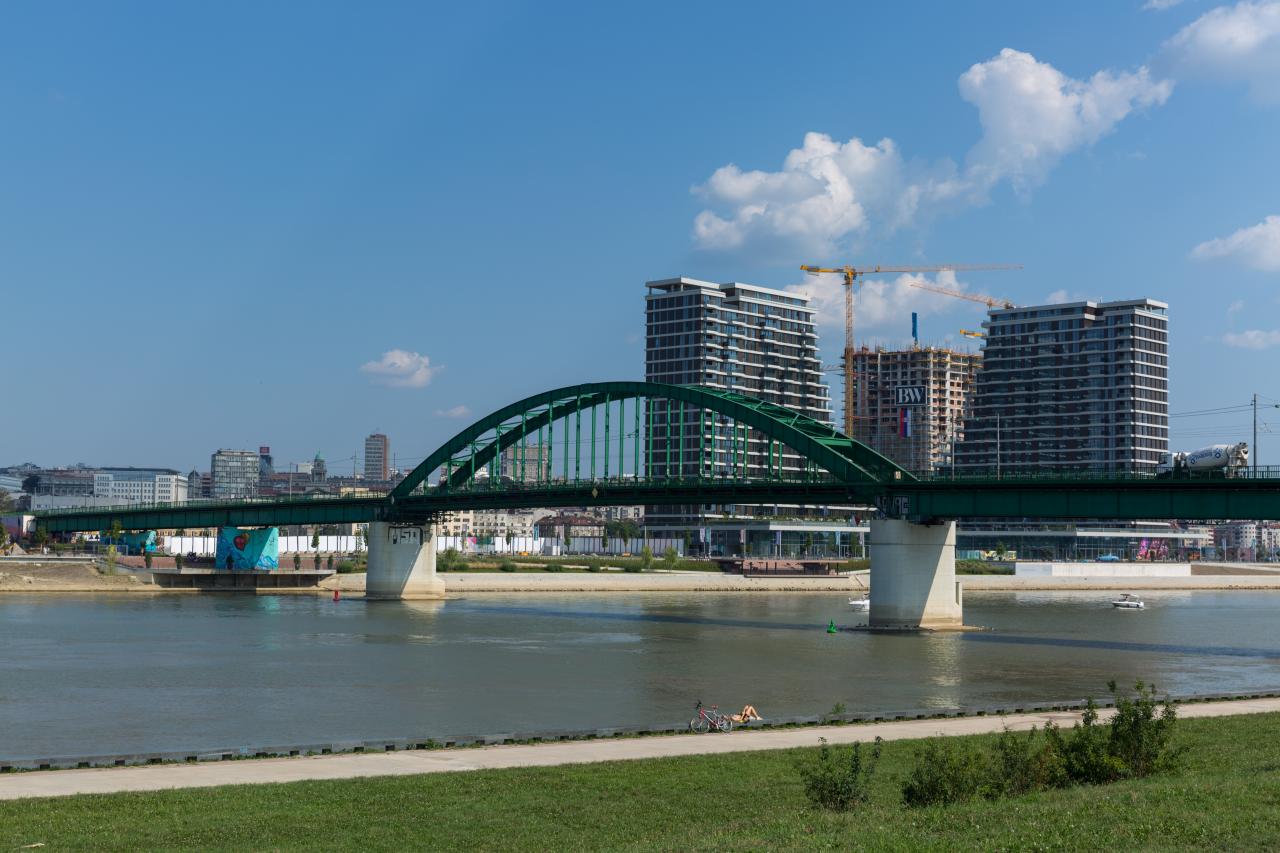 The bridge has been regularly repaired and has had several reconstructions so far, the latest of which took place in 2007.
The traffic was partially resumed in 2008 although the reconstruction hadn’t been completed and has since been going on alongside the traffic. It is estimated that after the reconstruction is over the capacity of the bridge will be doubled, allowing for approximately 30k vehicles.