Evangelical Church in Zemun is located on the corner of Tosin bunar. It was built in late 20th century for the protestant German population which then formed a quarter of the inhabitants of Zemun. Their original purpose church has served since its construction until the end of World War II, when most of the German population moved out and lost its importance and finally stopped the activity. Sometime later it served as the seat of the local community as well as space for socio-cultural activities of young people in Zemun. In 2003 The Evangelical religious community has reached an agreement with the municipality of Zemun that the church return to its original purpose, but it has not yet been carried out, and it still serves as an office. It was declared a cultural monument in late 2005. 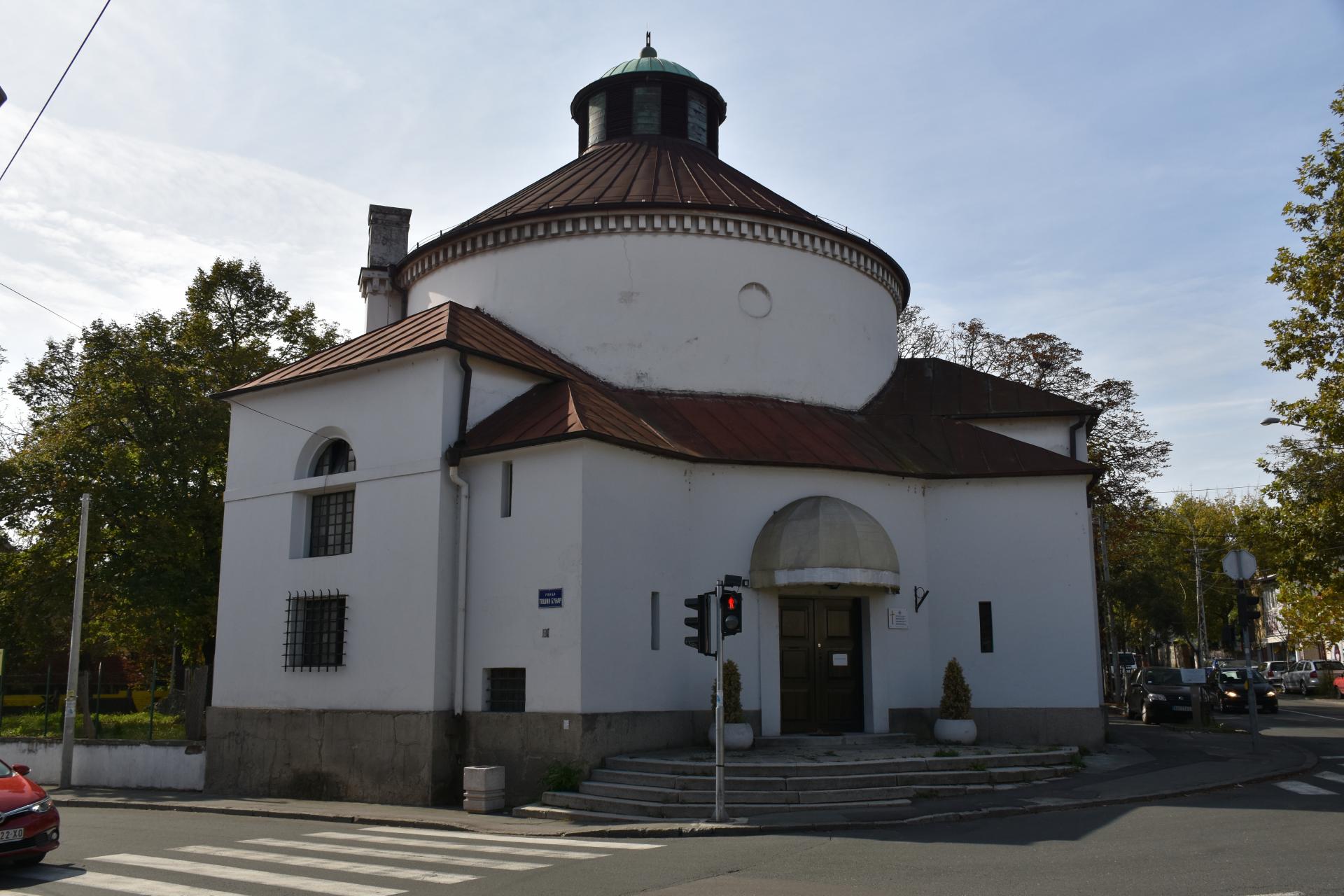 The church is characterized by a basis that is associated with trefoil - rotunda with a distinctive apse and two side wings, symmetrically placed with respect to the central entrance. Above the roof is the covering abbreviated narthex and side wings, rising drum major dimensions. The dome is the lantern which was originally set up the cross as a symbol of Christ's suffering.
Building has reduced the number of symmetrically placed openings in the facade. This compact, closed architectural design, which probably belongs to the school of architects Hugo Erlich and Viktor Kovacic, has an urban value embodied in the highly successful solutions in relation to the position of the intersection, near the old town of Zemun approach. The church is an original and rare architectural achievement designed to consistently conduct modernist concept. Undoubted is its cultural, historical and documentary value, as a testimony of the existence and life of a Christian confessional communities in the period between the two world wars in Zemun.