The house at No. 7 Mainstreet

The house at No. 7 Mainstreet was listed as a cultural monument and is more known in Zemun as the Karamata printing house.
The house was originally built as a residentially-commercial building at the corner of Strosmajer and Main streets, where the commercial part was downstairs and the apartment above. It is considered one of the oldest preserved houses from Zemun’s trade street, estimated to originate around the passing of 18th century to the 19th. The building style is baroque with elements of clacissism while the interior is characterized by simplicity with a unique steep roof. The house was built from mud bricking with a partially arching and partly architrave construction. In addition to its architectural value, the building is also a valuable part of the all around ambient of that part of town, being a corner building that fixates the part of regulation of the streets from the 18th century.
The house belonged to the famous family Stefanovic-Vilovski. Here at the end of 19th century was housed the Jova Karamata’s printing shop where important literary works were printed. For a time the hotel “Europe” was here and after that the building changed purposes until it came to be the bank it is today. Downstairs there are windows and upstairs there are offices. Located in the right-side store is a bookstore. 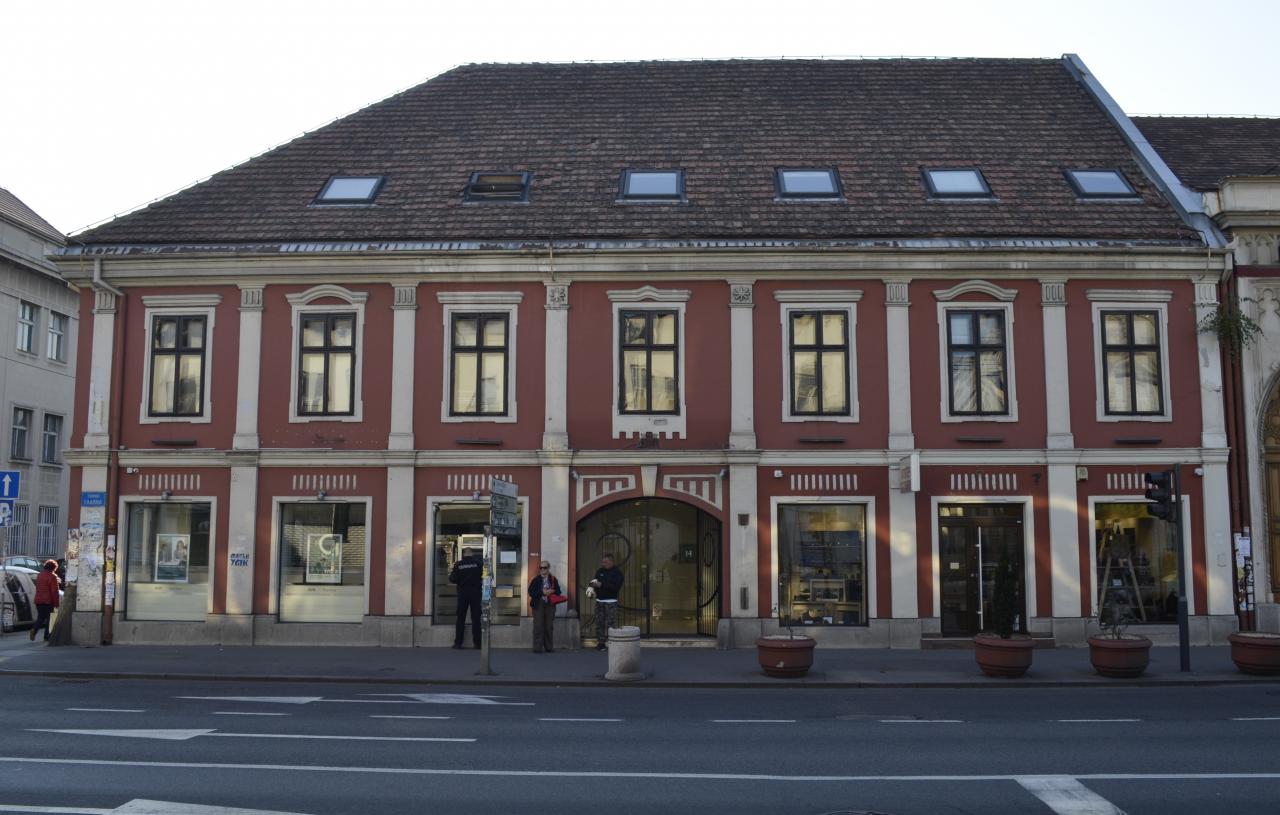