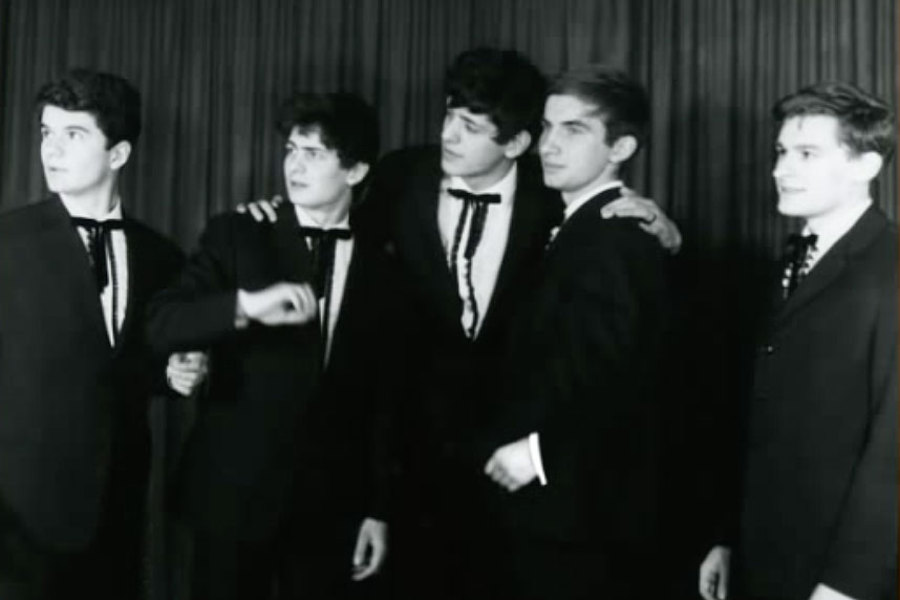 They are "Golden boys"

“Zlatni decaci” (Golden boys) are a band that stood apart from others in our national scene as one of the most exclusive Belgrade ensembles. This was also one of the first groups in Yugoslavia to use electric guitars as the basis of their music and play rock. Synonymous for professionalism and talent, they had the reputation of ‘good boys’ from down the street. They were remembered as an elitist band and the opposite from the “Crni biseri” (Black pearls) who were bad boys from the street.

The band was founded in 1962 by friends from the same class of the 14th Belgrade “gimnazija” high school. The members included the singer Boba Stefanovic, the guitarist Borko Kacl, the keyboardist Predrag Lukic, the drummer Dusan Banovic and the bass player Vidoje Brajevic. The first name of the band was “The Tigers”, but per suggestion of the journalist and chess grandmaster Nikola Karaklajic, they became “The Golden boys”. Namely, when Nikola came to visit the school and asked the principal what kind of students they were, she proudly stated “They are golden boys!” and that way unknowingly named the band. 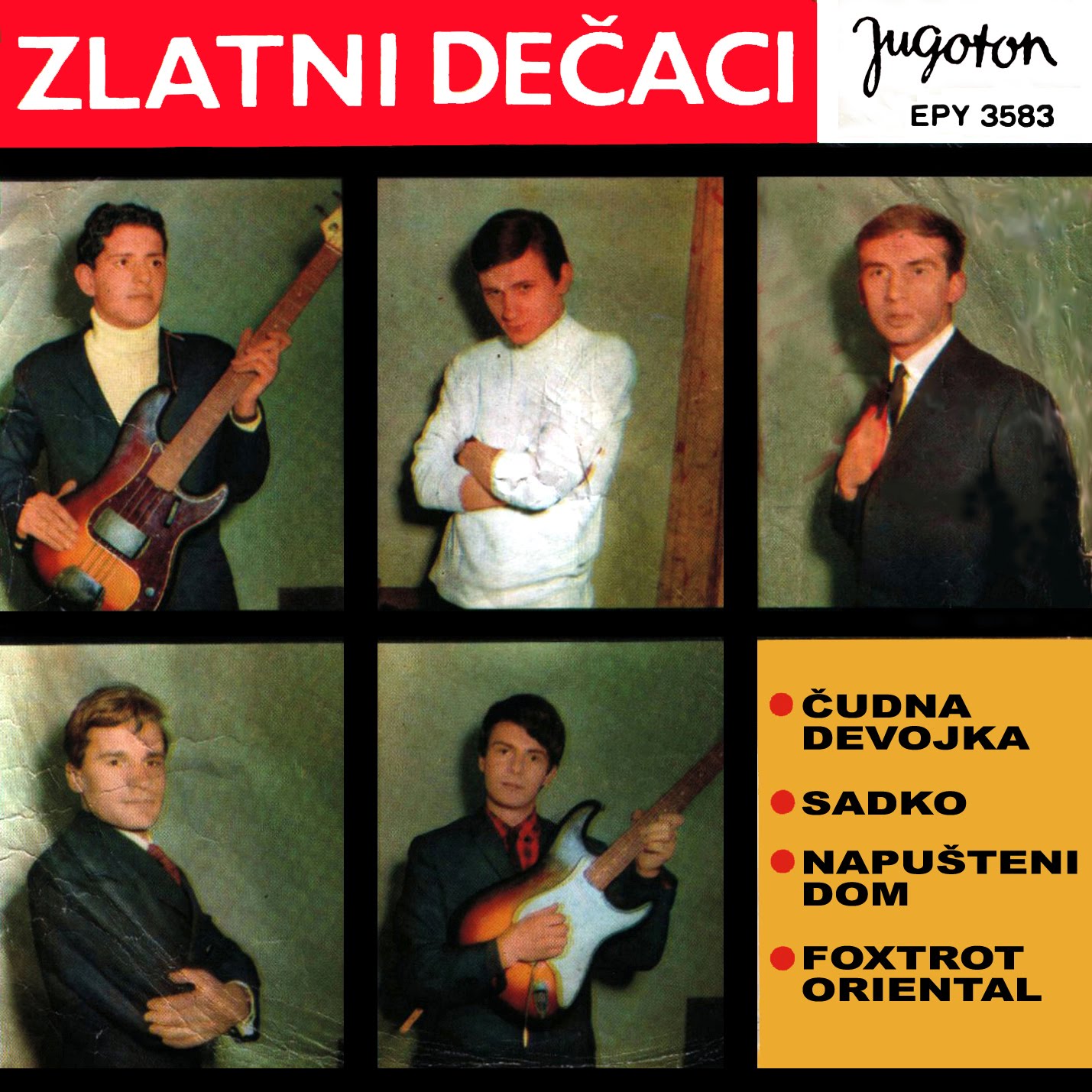 After starting the band, the boys played and rehearsed in an apartment and after that in their school hall. Their first performance was held on 29th November 1962, as part of their school recital. After this successful performance, the group was invited by the famous club “Euridika” to perform in their weekly tea parties. Since then they regularly played on dances at this prestigious club, but unlike other bands from the 60’s which played wherever they could, the “Golden boys” performed only in certain venues, which only confirmed their elite image.

Very quickly they became popular for their musical skills and recognizable for their yellow shirts with the “ZD” emblem and yellow drums and also their gold-black suits. In 1964 they were listed among the four best groups in the country and their performances always sold out. They wanted to make it big in radio programs so they decided to record modern rock covers for classical music such as “Swan lake”, “Nabuka”, “Danube waves” and “Humoreska”.

The golden “chess players” make it in Europe

A great role in affirming this band was played by Nikola Karaklajic who took their songs to Holland, where he had them broadcast on the radio. He managed to catch the interest at the publishing house “Fontana” which published the “Golden Boys’” single at the end of 1964 with instrumental themes. About a year later in Yugoslavia this single was published by “Jugoton” and thanks to it they became the first vocal-instrumental ensemble which was heard on the radio in that country.

The group very quickly gained popularity and started playing around Yugoslavia in dances and popular music. In their next album in 1966, they recorded covers for songs such as “Cudna devojka” and “Napusteni dom” by the “Four Pennies”, reaching 100,000 sold copies. Soon they recorded their next single with the song “Skokien” from the repertoire of Lou Armstrong which was interpreted by Boba and named it “I remember that day”. The songs “Sam”, “Samo ti” and “Ne zelim kraj” are also on this album. 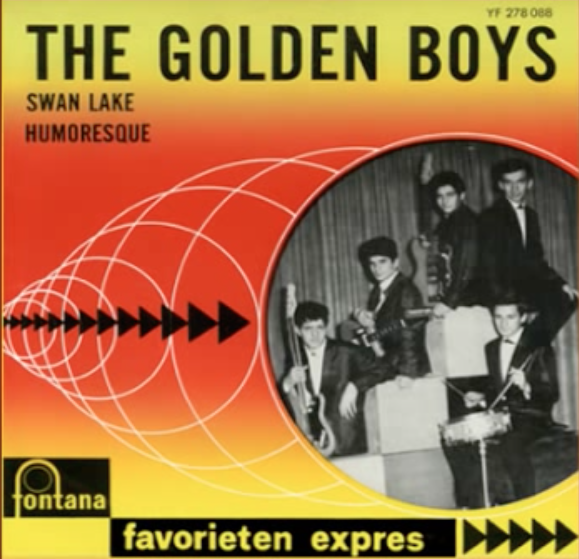 In 1966 the band, once again thanks to Nikola Kraklajic, travels to England. Karaklajic was invited to a chess tournament and in order to help the boys get a travel visa, he introduced them as young chess players, arranging a performance for them in the small town Butlins. The hall gathered about 1500 visitors where the “Golden boys” played several foreign hits, but their cover of “Jovano, Jovanke” folk song was best-received.

That same year “The Golden Boys” along with Miki Jevremovic recorded singles of the songs “18 yellow roses”, “The house of the rising sun”, “I don’t need anyone” and “Forgive me my love” which was sold in 200,000 copies. Vidoje Brajevic abandoned the band in 1966 and Gradimir Jankovic became a new bass player.

However the true demise of this ensemble began in 1967 when Boba Stefanovic left the group. The rest of the band tried to continue work with Moma Davidovic but soon they stopped working. One year later, Borko Kacl decided to join the newly founded “Korni group” and Moma Davidovic goes to France.

What sets the “Golden boys” apart from the many other bands of that time were surely their original covers of classical music. “Golden boys” were the only band from former Yugoslavia which often had its work broadcast by the leading European radio station “Radio Luxemburg”. They were remembered in the history of Yugoslavian music as the founders if this new modern direction that many future bands originated from. Sadly, many original recordings of the “Golden boys” have not been saved until today. The preserved material mostly consists of old, scratched records of poor quality. Luckily the modern techniques for digital processing of audio signals allowed for improving the old recordings and bringing them to almost original quality. After many years the recordings of “Golden boys” have seen the light of day. The collection of recordings from that disc is over 40 years old and dedicated to the memory of Borko Kacl, the solo guitarist who tragically lost his life in 1984 in a traffic accident. All we can conclude is that good, high quality and original music has and always will withstand the tests of time.