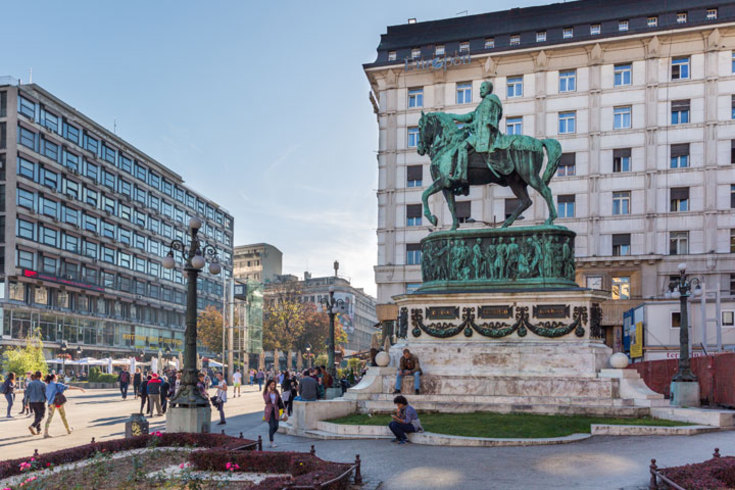 Stambol gate used to be located between today’s National theatre and the monument to knez Mihailo. There were three entrances through the Stambol gate – in the middle there was a large passageway for cars and on each side of it there was a smaller one for pedestrians. The road that led out of the city through Stambol gate would immediately split into two – one direction leading right, towards Terazije and the other left towards Tasmajdan and Palilula. Near this gate, the Turks during their reign of terror would impale rebellious Serbs on stakes so the entire neighborhood had a very bad reputation behind it. This is why it was no surprise that the moment Serbian rule was re-established in the city, knez Mihailo immediately ordered the gate to be torn down. The removal began around mid-April and was done by the 19th of May 1866. Already in 1868 the construction of the National theatre began which soon became a symbol of this place and the story about the gate slowly became forgotten.