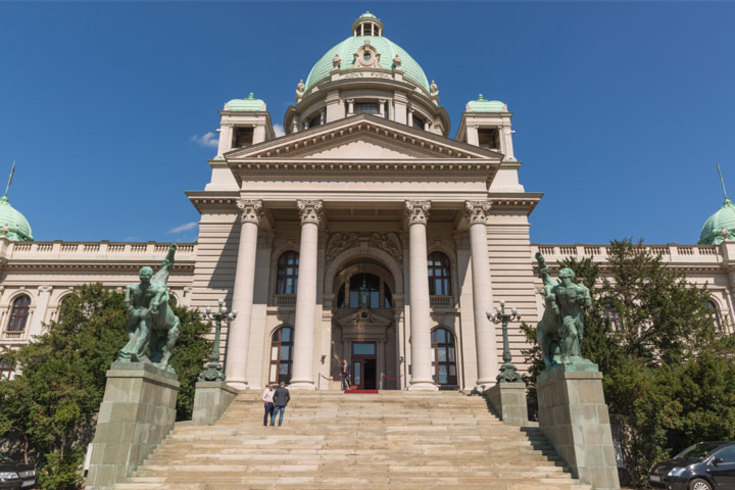 The National assembly home building, previously Home of National Representatives, was built starting in 1907. It was meant to be a representative building constructed specially for the needs of the Kingdom of Serbia. The Assembly building was completed and consecrated on 18th October 1936, almost three decades after its foundations were laid.