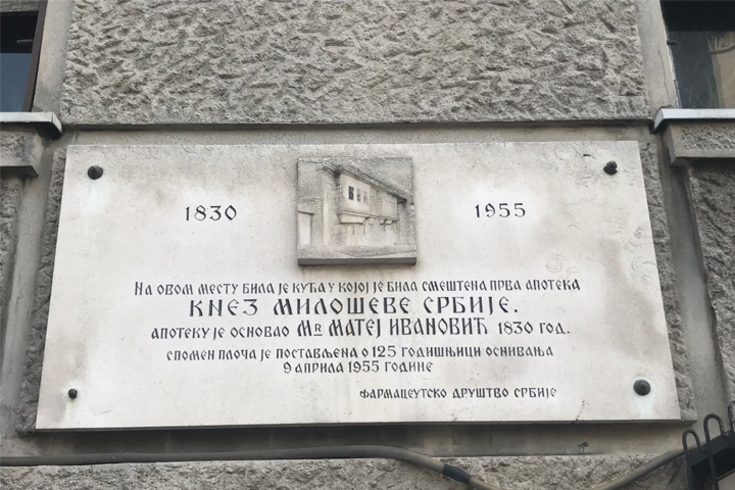 The first pharmacy in Belgrade began work on 30th of April 1830 was the Matej Ivanovic pharmacy located on the upper side of the legendary "?" tavern across the way from the Congregation church.

With the Sultan's hati-sheriff in 1830 it became allowed in Serbia for the first time to open health institutions so already in April that year Prince Milos Obrenovic got a letter from Matej Ivanovic, a pharmacist from Zemun, that said: "Mr. Panteleimon Hadzi-Stojiljov from Belgrade had the kind will on this day to inform me that your Luminescence had the high grace of allowing me to be able to open a pharmacy in Belgrade."

Mateja's younger brother Alexander graduated in pharmacy in Pesta and joined his brother in Belgrade, so as of 1840 their pharmacy became known and the "Ivanovic brothers'" pharmacy.

Today, the "Mr. ph Matej Ivanovic" pharmacy works as part of the Pharmaceutical institution of Belgrade and as of 1964 it has been located at 27 Knez Mihailova street.