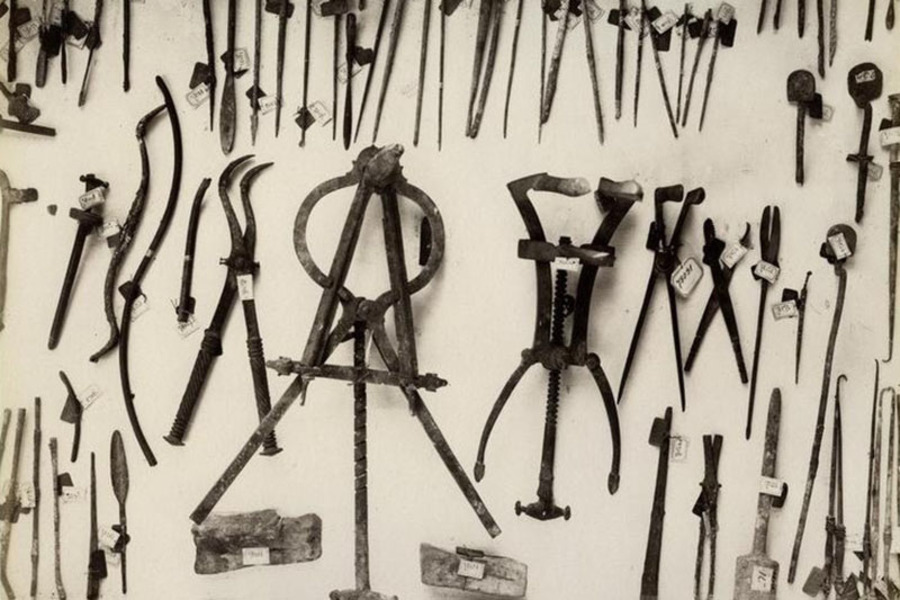 The time of colds and viruses is upon us! Whether you watch your health or not (whatever that may mean) you can't escape flying germs, simply because we are social beings who exchange quite a bit of contact, and a side-effect of our social life and great numbers is that we easily spread disease. You'll go to bed one day, unable to breathe and realize you don't have nasal drops in your drawer. You might ponder on how you took your sinuses for granted before, or maybe wonder how our ancestors managed to survive cold nights without this luxury?

Jokes aside, it's a fact that we don't know much about the 'health system' in our region one or ten thousand years ago. Archeological findings that date back to the age when Belgrade was called Singidunum have a lot to say about it, however.

Lobotomy in the stone ages

In the lower town of Kalemegdan fort, a series of surgical instruments were discovered, indicating the existence of medicine from the Roman ages. The most imposing discovery was the seal that belonged no more or less than to the Singidunum ophthalmologist. There is proof that there also used to be other specialized doctors like gynecologists, dermatologists and surgeons. Deeper layers of archeology show us that the first humans made it to our territory about 40 thousand years ago, meaning the paleolithic age was still ongoing and the first homo sapiens began their journey around the Earth. What does this have to do with medicine?

The claim that most of us believe - that the prehistoric man lived barely beyond the age of 30 - is actually the biggest historical misunderstanding. The truth is that the death of newborns was pretty frequent and that children younger than five often succumbed to illness and injury. However, if they managed to survive that fragile time of their development, people could live up to seventy years.

Most diseases didn't have a cure, but there were certain skeletons discovered under Belgrade that show signs of broken bone treatment which, in its base principles, didn't change much to this day. They knew that one should rest while the injury is healing and if possible that they should fixate the injured area with cloth. What's creepy, but highly interesting is that the first skull surgeries - trepanations - were already done in this age. Some of them even successfully. 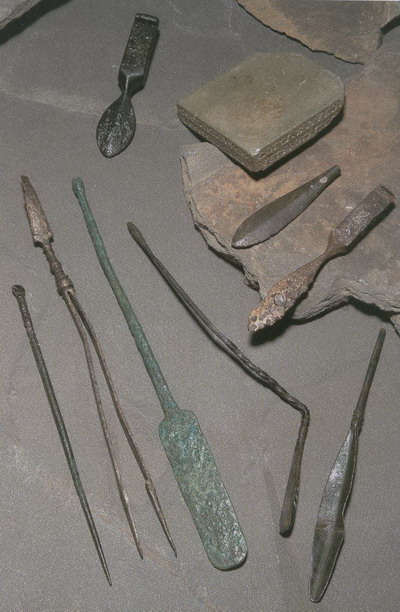 Romans came and brought in public hygiene and a developed army with a developed medical escort. A massive facilitating circumstance in preventing disease were the sewage systems they built, paved streets and then bathrooms. The doctors and pharmacists of the time were called archiatrists and pharmacopoli and they were trained for broad use of medical herbs and preparing potions and salves. In our territory we also discovered a whole line of medical instruments intended for surgical interventions on the eye but also medical salves that would reduce eye problems. The Roman medics obviously remembered the lessons they learned from their Greek teachers, though their head physicians mainly came from Greece.

We arrive to the middle ages and history repeats itself - progress, this time in the domain of medicine and health quality, arrives to a dead-end. The first Belgrade hospital was constructed in the 15th century and the doctors mainly got their knowledge from the "Hilandar medical codex", seeing how it was written in regular people's language. Monasteries regularly translated other medical works into people's language, mostly from ancient Greek, allowing medicine to blossom. This interrupted a century later when Belgrade finally falls under Ottoman rule. Medical practice returns to tradition, healers, blood-letting using leeches and then at the start of the 17th century it goes even worse, when diseases are mostly cured using witchcraft, amulets and prayer.

The first Serb who went out of this framework was a man called Jovan Apostolovic who in the middle of the 18th century got a doctor's degree in Hale, by defending an incredibly advanced doctor's dissertation for its time - on the topic "Ways in which emotions affect the human body".