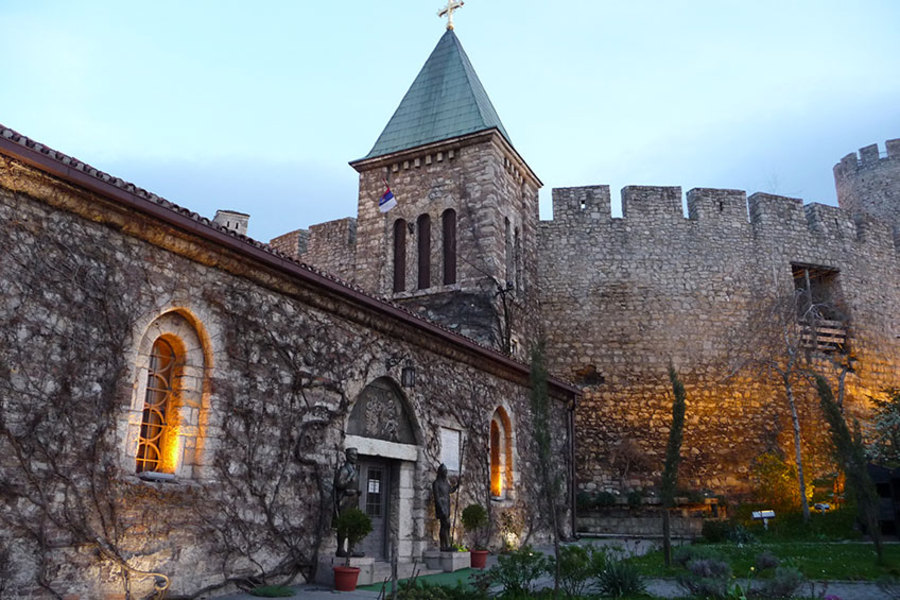 Ruzica: Church with a view of the war

The temple dedicated to the birth of St. Marie, Ruzica Church, is considered one of the oldest Belgrade churches, even though it’s not fully known when or who built it. Still, the data we have is enough for us to conclude that it had a very turbulent history. This small church, encroached in vines and roses is located under Zindan-gate in the north-eastern area beneath the Belgrade fort and is one of the must-see destinations when touring Kalemegdan.

The first mention of Ruzica church under this name can be found in the biography of despot Stefan Lazarevic. The Church Ruzica from this time was torn down in 1521 when the Turks conquered Belgrade. After liberating the church from the Turks, the church was restored and put back into service. However, during the 18th century, it stopped being a church and served instead as gunpowder storage. Finally, in the 2nd part of the 19th century in 1867 when Serbs retook the fort, it was turned back into a church, this time a military sanctuary. This is when a bell tower was constructed and altar upside was added.

During WWI Ruzica church was torn down again only to be reconstructed again by the end of 1925, which was when it got its today’s appearance. During the last renewal of the church some interesting sculptures were created which still guard the entrance. They are statues of two Serbian soldiers, cast from the cannon shells: a medieval spear fighter under tsar Dusan and infantry soldier from WWI. The works were continued after the war – the waterworks were repaired and a gate near the altar was restored. The biggest renovations were done during 1937 when the St. Petka’s chapel was constructed, as well as a porch and a church home which was destroyed in the bombing of Belgrade in WWII. Finally, in 1965 it was placed under the protection of the state. 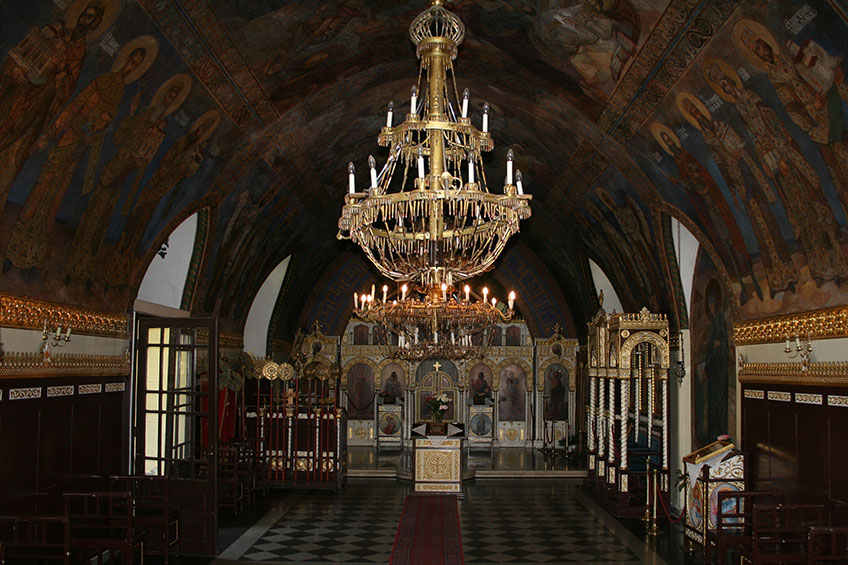 The interior of this small Kalemegdan fort was decorated with an iconostas built by Kosta Todorovic and was painted by painter and monk Rafailo Momcilovic. The Iconostas mainly depicts images from the life of St. Petka, but there are also portraits of Aleksandar Karadjordjevic, Nikola Pasic and other contemporaries done by the Russian painter Andrei Bicenko. What’s interesting is that the church used to also have six icons transported from the Nador camp in Africa, but only two of them were saved.

Ruzica Church is often mentioned as one of the most unusual churches in the world. It got this title thanks to an unusual decoration, made out of weapon parts. Namely, in Ruzica church there is a large brass chandelier made out of Austro-Hungarian grenades and bullets that were used to tear it apart in the Great War and additionally decorated with Serbian officer sabers from that period. This unique church chandelier was created by experts from the Military Institution in Kragujevac, with the idea that the light and the candle wax that keeps dripping onto the weapons will convey the message that the senseless violence of WWI should never repeat again. 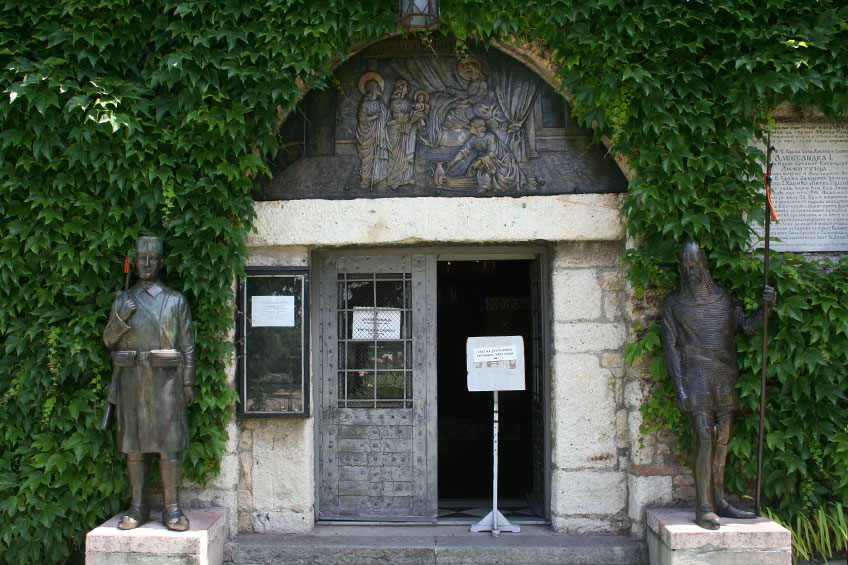 During the first year of that senseless violence, countless grenades were launched at Belgrade. According to some data, on the 5th of October 1915 when the violence culminated, over 30 thousand grenades were dropped on Belgrade. One of them, a 402mm grenade today located in the Military museum in Belgrade, was embedded into the walls of Belgrade fort right above the church. If this devastating grenade had exploded, the church, the walls and the tower above would all be obliterated.

This, however, didn’t happen so colonel Milos Obradovic, the commander of the artillery-technical institute got the assignment to remove the grenade. The grenade was loaded with 96kg of TNT and had a 900kg casing. After a careful action executed by Colonel Obradovic and his team, the grenade was removed and Ruzica church and the fort above it were safe.

On that grim October in 1915, fatal for many defenders of Belgrade – especially the first line of defense consisting of parts of 10th and 7th division, the remnants of the Srem squad and the remnants of the gendarmes – this holy place was not safe. It was the place from where many set off to their deaths.

Before they would descend into the trenches by Sava and Danube, from where they heroically fought many Austro-Hungarians, the defenders of Belgrade would take their blessings in church Ruzica, many of them for the last time. After three days of defense Belgrade fell, but it earned the Legion of Honor medal held by only five cities in the world, only two of which are outside France. Many of Belgrade’s defenders who earned this medal today rest near church Ruzica, in Jaksiceva tower.