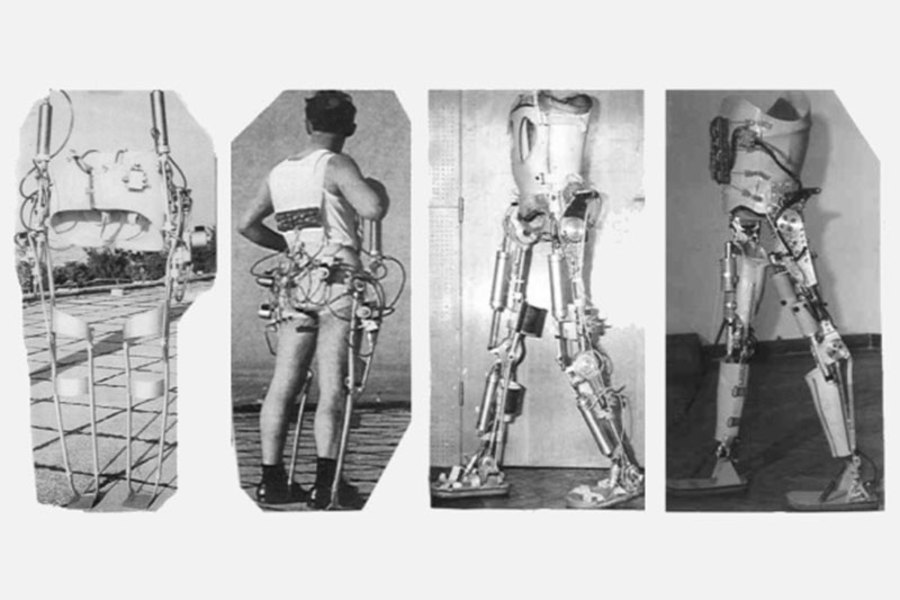 The short and exciting history of Serbian robotics

Did you know that the term ‘robot’ came from the Czech word “robota”, meaning – work? This term appears for the first time in 1920, in the R.U.R drama (Rossum’s Universal Robots), written by the Czech author Karel Capek.

Modern achievements in science in the domain of orthopedic aides and developing humanoid robots with the use of computer technology have achieved such a degree of development that they can help their owners, entertain and perform household chores in their stead.

Already in the 60s at Mihajlo Pupin Institute at the Belgrade’s school of robotics, our scientists actively began studying methods for robotic movement which are still applied to this day. In 1963 professor Rajko Tomovic started researching orthopedic aides and started to develop the first prosthetic robotic hand. The ‘Belgrade hand’ was the first externally powered adaptive prosthetic with mioelectric controls and sensory feedback that could achieve two key actions – forming a fist and gathering with fingers brought together. In our country it wasn’t used for any clinical purposes, but it was used for research that influenced further developments of exoskeletons. 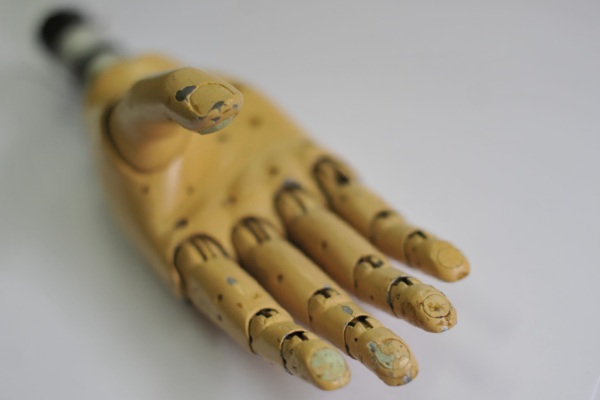 One of our most famous researchers and the fathers of robotics who led the Belgrade school of robotics was, among others, Professor Miomir Vukobratovic. His first works were in the domain of mathematic modeling of anthropomorphic active mechanisms and they left a deep trace in global humanoid robotics. However, his most important research and equally the most important step in developing the robotics branch was his work regarding zero point moment published in 1969. In this paper he explains the principle of theoretical movement model for a humanoid robot that is still used today, 50 years later, as the basis for movement of all android robots. Before this model of movement was applied, robots had tremendous difficulty maintaining balance in movement. When the robot is walking, different surface force intensities are applied to different points of its feet. In order to keep it from falling and maintaining balance throughout movement, its system would need to be regulated, constantly calculating the force and correcting mistakes. This is precisely what robot movement is based on. Just like on a human foot, the robot’s also has a point in which the moment of all forces is zero. The moment this value surpasses zero, it needs to be regulated via feedback force, thus keeping the robot balanced. In order to completely simulate human movement, around 350 engines is required, only one of which weighs 250gr. Based on new technologies, artificial muscles are being developed which might eventually replace engines and facilitate achieving this goal.

Exoskeleton or a robot suit

Already in the 70’s the first exoskeleton – robot suit – is developed. It’s worn adhering to the body and its purpose is to increase human strength and movement speed. This exoskeleton was used to increase movement span of people suffering from paraplegia by making up for about 50% of force required to move the body. It was made out of solid materials and several electro-pneumatic and electro-mechanic engines. It weighed 12kg and was constructed in 1974 to allow immobile patients to move again. This first exoskeleton developed by Belgrade’s school of robotics is of immense value for the history of robotics in general and for rehabilitating countless patients.

After developing the exoskeleton, the Institute research is continued in the laboratory for biodynamics and turns to industrial robotics. In 1978 they constructed the first industrial robot with an anthropomorphic configuration which then began to have application in the industry. Sadly, during the 80s and 90s, the robotics research loses intensity. It seemed that Serbian industry was uninterested in employing any robotics-based solutions to advance their production process. Nationally produced robots have not been used in industry for years now and very few business owners opt to invest in this kind of technology, though it makes the production process significantly less costly. One of the rare examples is the new production plant of Polimark company. One of the most modern industrial robot models to date stacks and packages mayonnaise and ketchup boxes and requires no light to operate. 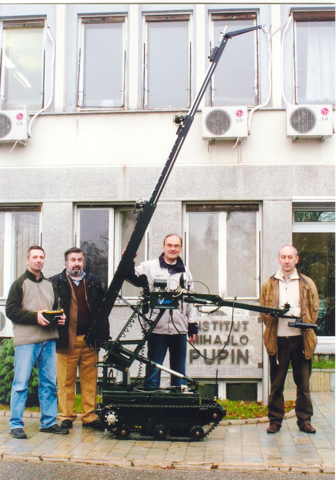 Photo: Institute "Mihajlo Pupin" - development team of the Institute with a new project

With the small number of scientists invested in this field, it begs the question whether robotics, a once advanced branch of science in Serbia, still lives today. In modern day, grandiose steps are taken towards the development of high-performing humanoid robots. There are only a few places in the world that these robots develop and the rest just study theory. Humanoid high-performing robots will in the future be used as assistance for disabled persons, but also for help in the house.  Though the price of these ‘helpers’ is still incredibly high, it’s showing a drastic decline compared to several years earlier.

Once ahead of its time, today Serbian robotics is lagging behind the rest of the world. Even if the Ministry for science and environment protection invested a large sum of money in research, such a small institute could hardly tackle today’s global technology.