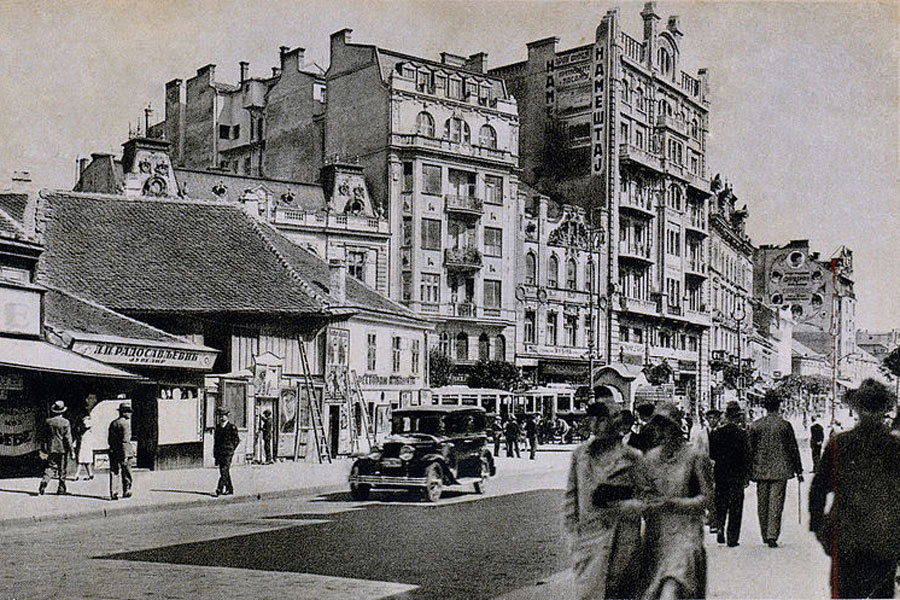 When "Zeleni venac" was the lake of Belgrade

Very rarely favored by Belgraders, Zeleni Venac has been equally important over the centuries, but changed purpose several times.

In the place that we know today for its car noises and crowds we frantically push through on our way to catch our bus, the smell of fast food and exhaust smoke, water used to reign. When we say ‘used to’, we mean the period in 19th century, barely lit city, about 15 thousand residents and only a few streets that had even cobblestone rather than dirt. On the other side, the citizens of this Belgrade trod along these dirt and often muddy roads in national wear or in suits and outfits resembling Paris high fashion.

The smallish lake located where Zeleni venac is today was formed by the water that coursed from Terazije alongside and behind the then Moscow hotel. One part of the water proceeded even lower, to Savamala. What’s interesting that in the location of today’s Theatre in Terazije there used to be a water-supplying spring. It supplied more or less desirable water not only to the citizens but to the entire city slope all the way down to the river. Why it was decided that a theatre should be built here of all places is unknown, but it made the construction much more expensive and complicated than it would’ve been if done only a few feet away.

But, let us return to “Zelenjak”. Its pond – although it’s classier to call it a small lake – was large enough that a boat was required to cross it. This wasn’t seen as a disadvantage by Belgraders. On the contrary, it turned into a real picknicking area. Boats multiplied and with them taverns appeared around the lake with beautiful gardens where ladies in lavish dresses – including some royalty – would organize tea parties with the view of the calm water. The tea culture, which I like to imagine similar to the  famous impressionist paintings, were mixed with the first bottles of beer with snacks, where the gentlemen arrived in carriages (more like ox-pulled carts) and boats. 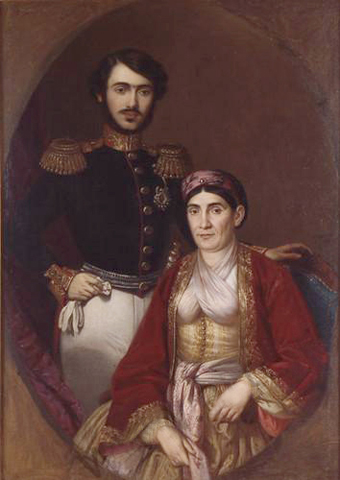 The first tavern by the lake was started by a certain Manojlo who also owned the house and the first garden that served as a picnicking area, so the entire area was named “Manojlo’s garden”. If the old city chronicles are to be believed, another tavern was built there later and lasted long enough for this area to change its name after it and keep it to this day. Reportedly, a tin wreath painted green hung above the door, recognizable enough that the tavern became famous meeting place for it (something like “we’ll meet at the Horse” but more on that on another occasion). If you ever wondered how the “Zeleni venac” (green wreath) got its name, now you know.

Up until the middle of the 19th century, this area became prestigious enough that soon ministers and state officials began building houses alongside today’s Brankova street. Due to the elite living there at the time, the street got the name “Gospodska” (Noble gentlemen’s street). Where today it intersects with Kraljice Natalije street, the Minister’s street used to be symbolically located, while right beyond it was the Trader’s street where there were stores, tailors and craft workshops. 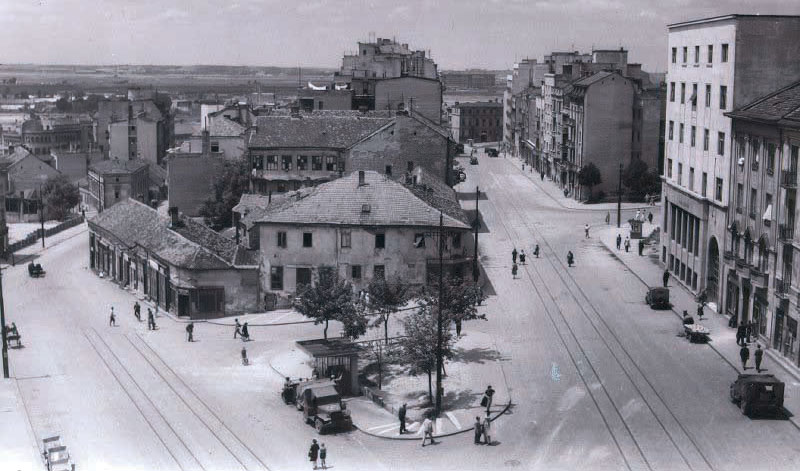 Theatre instead of a pond

At some point, the city urbanists decided that it was time to drain the pond and for the area to be repurposed for more suitable purposes, such as the first city theatre or some kind of culture center. This almost happened. The pond was drained and where today there is a marketplace, foundations were set several times for the future pride of the city. The architect Josef Kasan was given the lead of the project and he enthusiastically started on this grandiose construction. The city however wasn’t yet ready for such a big step. The soil was still too soft and draining the lake was poorly executed, so the first attempts of building the theatre literally sank into the mud. The ruins remained there for years and the theatre finally got its building in Republic square.

Despite this, the new age approached. Traffic grew and green wreath got the role it has today, as an important transition zone. It was right here that one of the first carriage stops in the city was founded, from where you could enjoy a light trot towards Vracar or Dorcol. Try to imagine yourself in today’s Brankova street bus stop, back in the day when no motor vehicles existed there. What did the traffic sound like then? You would know your ride was coming thanks to the eventual wheel and hoof sounds against the cobblestone road. 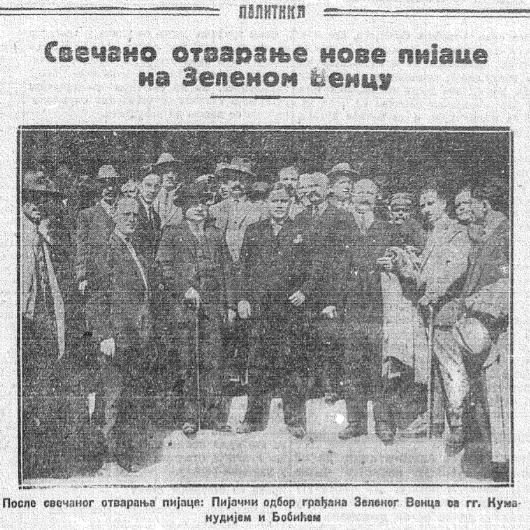 In the first decades of the 20th century, “Zelenjak” gained another use for which it became known until today. This was where the first assembly of the grocers of Serbia took place in order to form the great city marketplace which today is the unofficially oldest active marketplace in the Balkans. The proof of a large trading area existing in this spot reach much farther back into the past. There are records about the Turkish and Serbian citizens, settling disputes regarding city management, and along with them the vendors and sellers. Due to the constant complaints and misunderstandings, the marketplace had to wait for 1926 for its opening. Despite the delayed start, it still survived until today when it is considered one of the best supplied marketplaces in the city. This year was especially interesting in the “Zelenjak” biography because in addition to many taverns, this was where the first bookstore was opened by a certain Toma Jovanovic, and soon became the city’s first library for the people.