Belgrade between 7th and 11th century: the age when the Slavs found their home 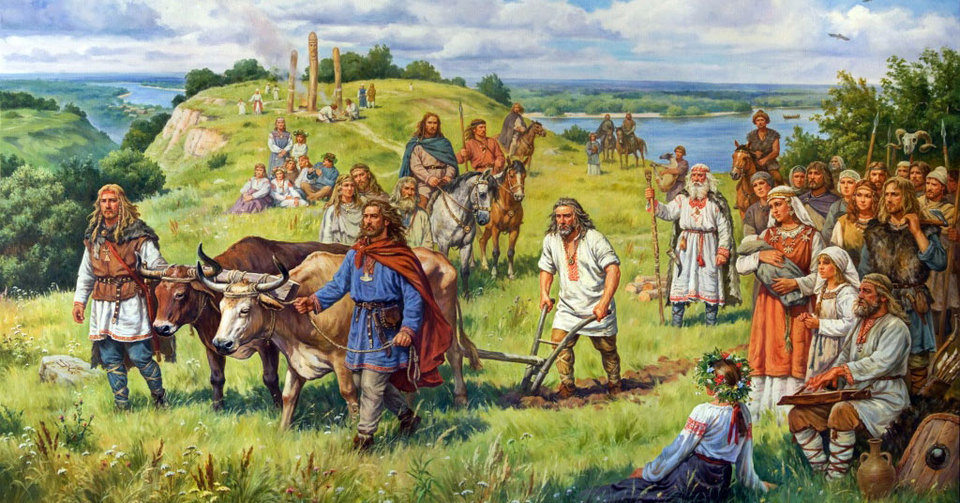 The settlement of Slavic peoples on the ruins of Singidunum is one of the most significant, if not the most significant events in the history of Belgrade. These peoples will endure under the invasions of many conquerors and forever hold their ground in this area.

Seeing how the defense and rule system of Byzantium were destroyed under the breach and settlement of the Slavs, the battlefield was shifted to the south, towards the center of the Empire. The destroyed Singidunum lost its meaning and almost nothing is known about creating a new settlement on its ruins during the 7th and 8th century. It seems that the Slav people took the opportunity given by two peaceful centuries to build a developed and rich city.

At the start of the 9th century, a new military force arrived to the city’s doorstep. Led by Karl The Great, the French state won any Avarian territories and expanded all the way to Danube. On the ruins of Taurunum the French settlement Maleville which later got the Slav name Zeml (Zemun) was founded. However, Singidunum never ended up under French rule thanks to the strengthening of the Bulgarian state.

Under the leadership of their ruler Kruma, the Bulgarians defeated Byzantium on every front and significantly expanded their territories and their influences in the Balkans. However, it’s only when Kruma’s heir, Omurtag, launched an offensive towards the French state in 827, when he finally conquered Singidunum.

For almost two full centuries the city remains in Bulgarian hands in order to reappear in historical sources in 878 for the first time under a pure Slavic name – Belgrade. It is assumed that the name was referring to the city’s then white wall, made out of limestone.

Surrounding peoples and conquerors accepted this name and translated it into their own languages , adjusting to the current historical circumstances, so today we have translations like “Alba Bulgarica”, “Nandor Alba”, Nandorfejervar, Albandor, Weissenburg, Alba Graeca, Castelbianco..

Under prince Boris, Bulgaria joined the Byzantine church in 870 and remained under its influence, which had a significant impact on Belgrade’s position.

Sergie, a Slav, was the head of Belgrade’s episcopacy. Even though eight years earlier Bulgaria submitted to the Constantinople church, Rome hadn’t resigned to losing influence in this area. Namely, Pope Jove VIII in his letter to Boris replaced Sergie, claiming that he came into this position illegally and listing all his alleged vices as additional argument for his replacement. As it turned out, this Papal intervention didn’t yield fruit. That was how Belgrade found itself not only on a geographical but also a cultural border between two worlds.

By the end of the 9th century, Belgrade was a very influential and reputable city. Proof of this are the writings of Clement of Ohrid, in which Belgrade is listed as the most famous city on Danube.

Around this time, the Hungarian tribes descend to the Pannonia plane from the Carpathians and very quickly come to conflict with the Bulgarians. Already at the start of the 10th century, led by duke Arapad, they defeated the Bulgarians in Pannonia and made them flee to Belgrade for their lives. However, the victorious army gave chase, crossed the Danube and assaulted Belgrade which preserved only thanks to incoming reinforcements.

Belgrade remained under Bulgarian control up until 971, when the Byzantine emperor John Tzimiskes conquered Bulgaria. However, the Byzantine rule didn’t last for long. Just a decade later, in 1018, when Vesalius II completely defeated the Bulgarians in mount Bjelasica, Belgrade ended up under Samuil’s empire’s control. That’s how Belgrade got back its role of guardian for the northern border of Byzantium, which condemned it to many devastations of the coming times.