Belgrade in the 20th century: the city that emerged from the ashes of two World Wars 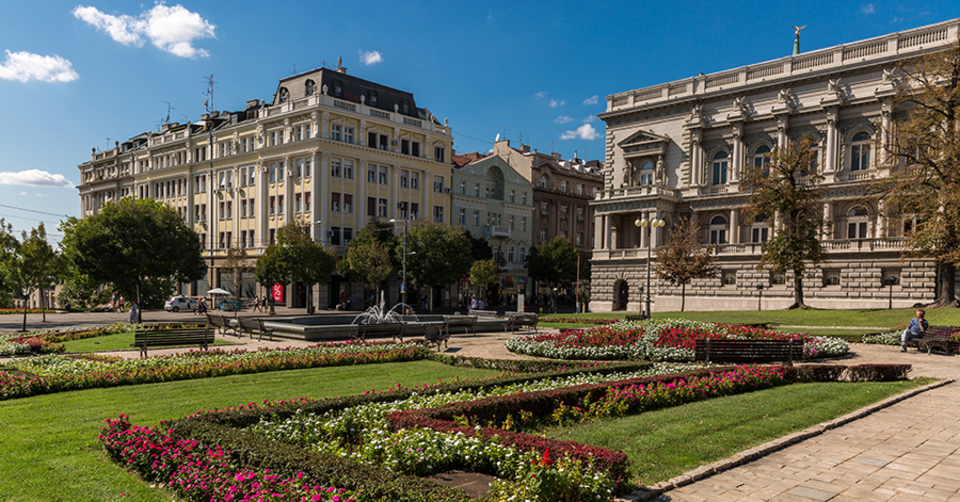 Around the start of the 20th century, Belgrade found itself once again in the role of a border city standing between a global force and its ambitions towards the Balkan peninsula. By that point, Austria and Germany were hoping for an excuse to attack Serbia. After Gavrilo Princip assassinated the Austro-Hungarian prince Franz Ferdinand in Sarajevo on 28th June 1914, Austria eagerly took the opportunity to declare war on Serbia and thus began one of the largest war conflicts in history.

After four months of bombing, the Austrian military, on 2nd of December 1914, marched into Belgrade. However, after suffering a massive defeat in the Kolubara battle, they were forced to retreat a mere two weeks later.

The new wave of Austrian attacks on Belgrade ensued in October 1915. After a fierce, seven-day struggle during which the Austrian army suffered massive losses, they managed to occupy Belgrade under the leadership of field-marshal Mackensen and held onto it for the following three years. It wasn’t until they broke through the Solun front that the Serbian military managed to liberate Belgrade, November 1st 1918.

During WWI Serbia lost almost a third of its population and Belgrade was among the most affected cities. After war devastation that earned it its position of the new Kingdom of Serbs, Croatians and Slovenians, Belgrade experienced rapid development and significant modernization. The city continued to expand and build its modern European look. At that time, Zemun became a part of Belgrade. The Airport building was opened in 1972 and two years later Radio Belgrade began work. In the fourth decade of the 20th century, Belgrade got the King Alexander’s and Pancevo bridges and it was in those years that Belgrade Fair also began work. The population drastically increased every year.

However, not long after the assassination of king Aleksandar I Karadjordjevic in Marseille in 1934, a new evil began to loom over Belgrade – fascism. In Yugoslavia of that time there were rising political currents sympathizing with Hitler and Mussolini which led to an alliance with the Axis forces.

Only two days after they joined the Tripartite pact on March 27 1941, there was a national strike in Belgrade and massive protests against the pact with Nazis. These events sealed the fate of Belgrade and the entire people. Already on 6th of April, Belgrade skies were dark with Hitler’s airplanes.

During the horrific bombing of Belgrade, thousands of people were killed and wounded and the city itself was devastated. Thousands of buildings were destroyed or damaged. The national library is burned to the ground and many cultural treasures were lost forever.

The German forces occupied Belgrade on 12th of April, starting a four-year agony of Belgrade. An especially dark point in the occupied Belgrade’s history were concentration caps in Banjica and the Fair-ground as well as the shooting range in Jajinci. Tens of thousands of people, mostly Jews, Serbs and Romanies were executed at these sites.

After much suffering under the Nazi occupation, Belgrade suffered even further during the bombing executed by Allied forces in the fall of 1944. Over a thousand people lost their lives and Belgrade lost all its bridges on Sava and Danube as well as many buildings.

Belgrade was freed from its occupation on 20th October 1944 by the people’s liberation armies of Yugoslavia and the Red Army.

After four years of war madness during which Belgrade lost almost 50,000 of its citizens and suffered immense destruction, the city slowly began to rise from the ashes. Destroyed buildings are rebuilt and new ones are constructed, the industry and traffic infrastructure is starting to grow as well as cultural and educational institutions. On 29th of November, Belgrade became the capitol of the Federative People’s Republic of Yugoslavia.

In the decades during Josip Broz Tito’s reign, Belgrade became an important international, political, cultural, sports and economy center. It hosted a number of important international political gatherings as well as numerous sports and cultural manifestations. Youth work brigades begin the construction of New Belgrade in 1948. Regular broadcasts by TV Belgrade began in 1958. The first BITEF takes place in 1967 and FEST in 1971. Those same years also saw the construction of Belgrade palace and the Gazela bridge.

With the death of Josip Broz Tito in 1980, Yugoslavia began to sink into a deep crisis that eventually resulted in the breakup of the state in 1991.

As of 1992, Belgrade was the capitol of SR Yugoslavia, formed by Republics of Serbia and Montenegro. By the end of 20th century, Belgrade was frequently shaken by unrest caused by public resistance against Slobodan Milosevic’s regime.

During the 20th century, Belgrade was bombed three times and around the end of the century the air assault warning sirens rang out once again in the streets. During NATO’s aggression against SR Yugoslavia, which lasted about 78 days, this ominous sound could be heard almost every day. Unfortunately, it wasn’t the worst sound.

Explosions mostly came from the suburbs, especially Rakovica and Batajnica, but the center of the city wasn’t spared. The Avala tower, the General Staff building, the Ministry of Defense, the police headquarters, Central Committee (today’s USCE trade center), RTS and the Chinese embassy building are only some of the targets that suffered from NATO bombing. The assaults sadly cost many human lives and the exact number is still widely disputed.

After the fifth-October revolution in 2000 and the impeachment of Slobodan Milosevic, Belgrade entered the 21st century with a lot of optimism.