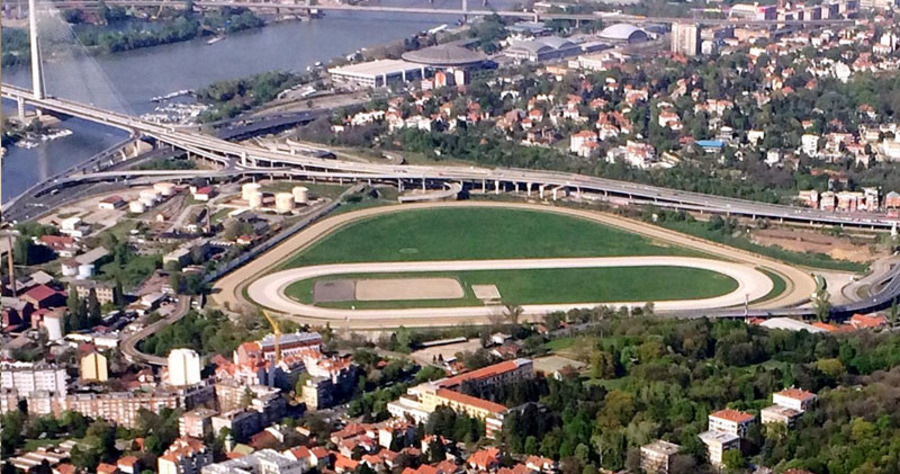 Belgrade hippodrome, the place where horses leap the gap between the rich and the poor

A hippodrome is the pride of any city. It is the place where the elite gathers and purebred horses gallop in a perfect union of strength and elegance. However, unlike those that adorn all the capitols of the world, Belgrade’s hippodrome has a very special backstory. A story in which love towards horses erased the abyss separating the rich and the poor, the hungry and the well-fed and brought them together into one soul.

The life history of Belgrade’s hippodrome is told to us by “uncle Boba”, a jovial retired professor who grew up next to the hippodrome and fell in love with horses at first sight.

From the race track to Careva cuprija

The English consul Loyd George Hodges organized the first horseracing event in Belgrade in 1842. Back then, the hippodrome didn’t exist, but thanks to Hodges the idea of its construction was born. This is how the first hippodrome in Belgrade originated in 1863 with the name “Trkaliste” (race track). It was constructed in Tasmajdan and it occupied the space between today’s Metropol hotel to Vuk’s monument, uncle Boba says and adds that later the stadium was torn down for the soccer stadium BSK and then for the plantations of corn planted there by the Austro-Hungarians during the occupation of Belgrade.

Later, on the 27th of May 1914 the hippodrome re-opened in Careva cuprija. It was a huge event. The “Danube circle of riders Knez Mihailo” organized horse races which were attended by all the influential people of Belgrade, but also the regular folk as well, the professor says.

Depending on what type of races were thrown, different audience attended. As “uncle Boba” says, he didn’t like the bigger races when he was a child.

Our home was right next to the hippodrome. When the races were attended by politicians and especially by Josip Broz Tito I’d usually be woken up at 2AM by my grandmother because of the police. They would come regularly to count heads and test every corner with metal detectors. The entire neighborhood would be alarmed and nobody would sleep that night. Our only satisfaction was knowing that the next day we’d get to see the most beautiful horses in the race.

For the poor townspeople who lived in this neighborhood life was difficult and the horses were their only joy.

We’d make gardens around the hippodrome to feed ourselves. The soil was fertile thanks to the Topcider river and this was how we survived. Cabbage for main course, tomatoes for salads, those were most of our meals. We were lucky that Tito’s ship was anchored nearby. They’d offten throw away food into the river which attracted fish. They let us fish there and that was how we survived – from race to race.

The hippodrome worked even during the war and in 1941 there was a derby that was filmed by the Germans with 3 cameras.

The famous Laguna won, achieving a track record in the derbi. The second finisher was a horse named Kokan, but it was so tight that even photo finish couldn’t determine who won. It was supposed to be called a draw, but then a precedent happened. The betting office paid out prizes for both Kokan-Laguna and Laguna-Kokan orders so everyone was happy. Uncle Boba adds that Laguna was owned by Vlada Ilic who was the mayor of Belgrade in 1936.

Kokan on the other hand was owned by multiple owners, but their identities were unknown. After the race many claimed that they participated in the ownership in order to gain influence. Laguna was the one that went down in history, while Kokan was forgotten. Laguna’s record was broken in the 90s when the hippodrome’s racing track was repaired. Previously it leaned towards Topcider river which was risky for the horses.

In the circle of equals

Cika Boba tells the tale of how the hippodrome didn’t differentiate between the rich and the poor.

The only thing that mattered was the love of horses. Nothing else mattered. People literally lived for the hippodrome. This was how a certain Perica Djurdjev who started out poor and became rich in America in horse races during the 60s. He would travel back home every year for the derbi. He would always drive in the latest model car from America and was the honorary guest in the hippodrome. He even issued a personal award for the horse and jockey in any race.

The above mentioned Vlada Ilic had his own peculiarities worth admiring.

Today’s restaurant Mihajlovac used to be his stable where special care was taken that his horses lack absolutely nothing. What’s also interesting was that when horses that belonged to Vlada Ilic finished their career, they weren’t sent to the slaughter. He never allowed that because he felt they didn’t deserve it, so instead they lived comfortable lives until their natural death. Ilic married into the famous Dundjerski family and for his wedding day they bought him four of the most expensive horses in New Market in England, the largest horse trade in Europe. Those horses were famous and it was a treat to look at them, uncle Boba said.

A sad ending to the tale?

- So many people have invested money and love into Belgrade’s hippodrome. Some years ago the then manager went around and personally trimmed the tree branches to make sure the track is up to par with the latest standards. Today, however, the hippodrome is so much less than what it used to be, uncle Boba says with a sad expression.

He adds that the 95th racing season was under a big question mark.

They say that the debts are too extensive and there’s even talk about the hippodrome being moved from its current location. For now, the association of Belgrade hippodrome lovers manages to keep it alive and I hope everything will turn out well. It would be a shame that the future generation don’t get to experience the magic that horses and the hippodrome bring, uncle Boba concludes.