Millennium tower: the royal pearl on the "earth city" slopes

When you have an enormous empire of over 200,000km2 and you’ve built and guarded it for almost 1,000 years, you are sure to be very proud of it. Your influence and power will inspire all. But, there would always be those whose addiction and jealousy will keep you on your toes.

And if you don’t keep an eye on them, the borders of your kingdom could easily be attacked, while parts of your territory could be taken by your rivals. If that territory was called The Kingdom of Hungary you would probably do what the proud Hungarians from that time had done: you would construct five magnificent towers: one in the capitol and then one in every four cardinal directions of the world and your kingdom, in order to keep an eye on your rivals.

Photo: Magyar Nemzeti Múzeum - A poster for the Millennium celebration

The fear of enemy attacks would, however, not be the only reason for such an undertaking – one thousand years of struggling to maintain your authority, definitely deserves to be marked appropriately. Five magnificent towers were therefore ideal symbols of dignity and superiority, solidifying the idea of unshakeable domination over the old continent.

A hundred years later, only one of the abovementioned 5 towers remains. However, the borders of then Austro-Hungary and today’s Democratic Parliament Republic of Hungary have shrunk considerably, which is how the last remaining tower ended up in the territory of Serbia. Its current location is known under the name Gardos and belongs to the part of Zemun of the same name. 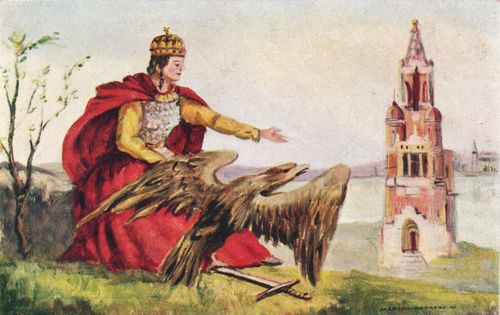 How did one of the most beautiful towers in our region come into being?

Over the course of a hundred years, this architectural achievement has had several names. To this day some locals still call it the Gardos Tower, after the elevation of the same name in Zemun settlement Gardos. Others will use the name Sibinjanin Janko’s tower, renewing the memory of the famous Hungarian soldier, official and fighter against the Turks Janos Hunyadi.

Namely, Hunyadi (who eventually adopted the “Serbian” version of his name) ended his life precisely where the tower is located today, only 3 weeks after his final victory against the Ottomans. Still, aside from the place where he passed away, there is nothing else to connect the famous military leader to the tower in Gardos. “Janko” passed away from the plague in 1456 (around 440 years before the tower was constructed), so the historians will never pass the chance to remind us that Sibinjanin Janko’s Tower is factually wrong as a name. The most correct name was thought to be the “Millennium tower”, seeing how it communicates the symbolism of its construction. 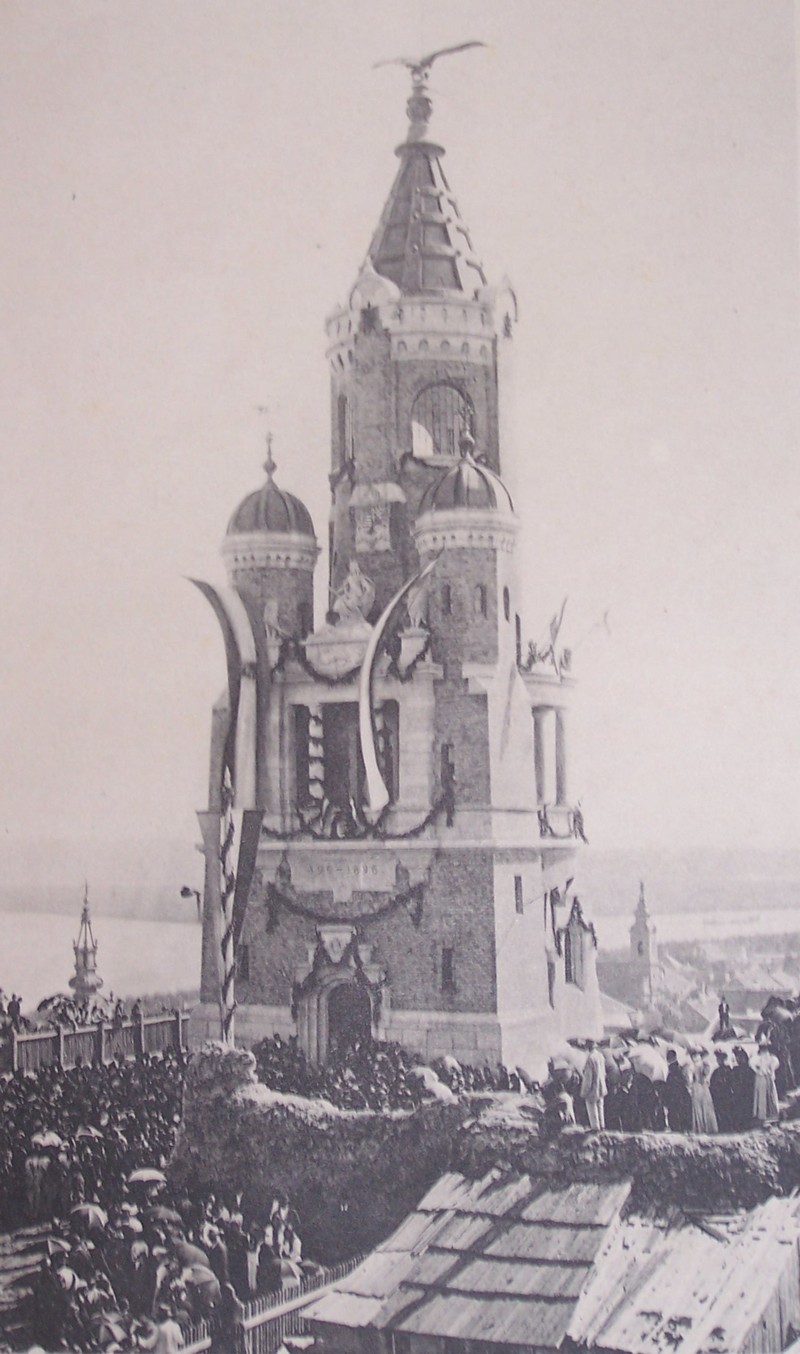 Photo: arpad.lopok.hu - The opening of the Millennium tower in 1896.

The people of Hungary spent a long time inhabiting the area of the Panonian plateau. Since the moment when the first Hungarians inhabited this territory in 896, up to the moment when the famous building was constructed, exactly a millennia had passed. The tower therefore became the official symbol of one thousand of years that the Hungarians spent in the territory of today’s Vojvodina.

With the goal of marking this jubilee, the Hungarians first built the amazing central square in Budapest. At the same time the decision was brought about building 4 towers in the 4 endpoints of Hungarian borders – East, West, North and South. The construction of the Millennium tower therefore began in 1896 and the southernmost point of the Kingdom was represented by the Gardos elevation. In the same place there were also the foundations of the Zemun Taurunum fort from the 9th century, which had been one of the most important defense points on the right side of Danube. In fact, the tower in Gardos is located in the center of the former fortress and around it you can still see the remains of large circular towers and defense walls that originated on the foundations of the square citadel of the Taurunum. 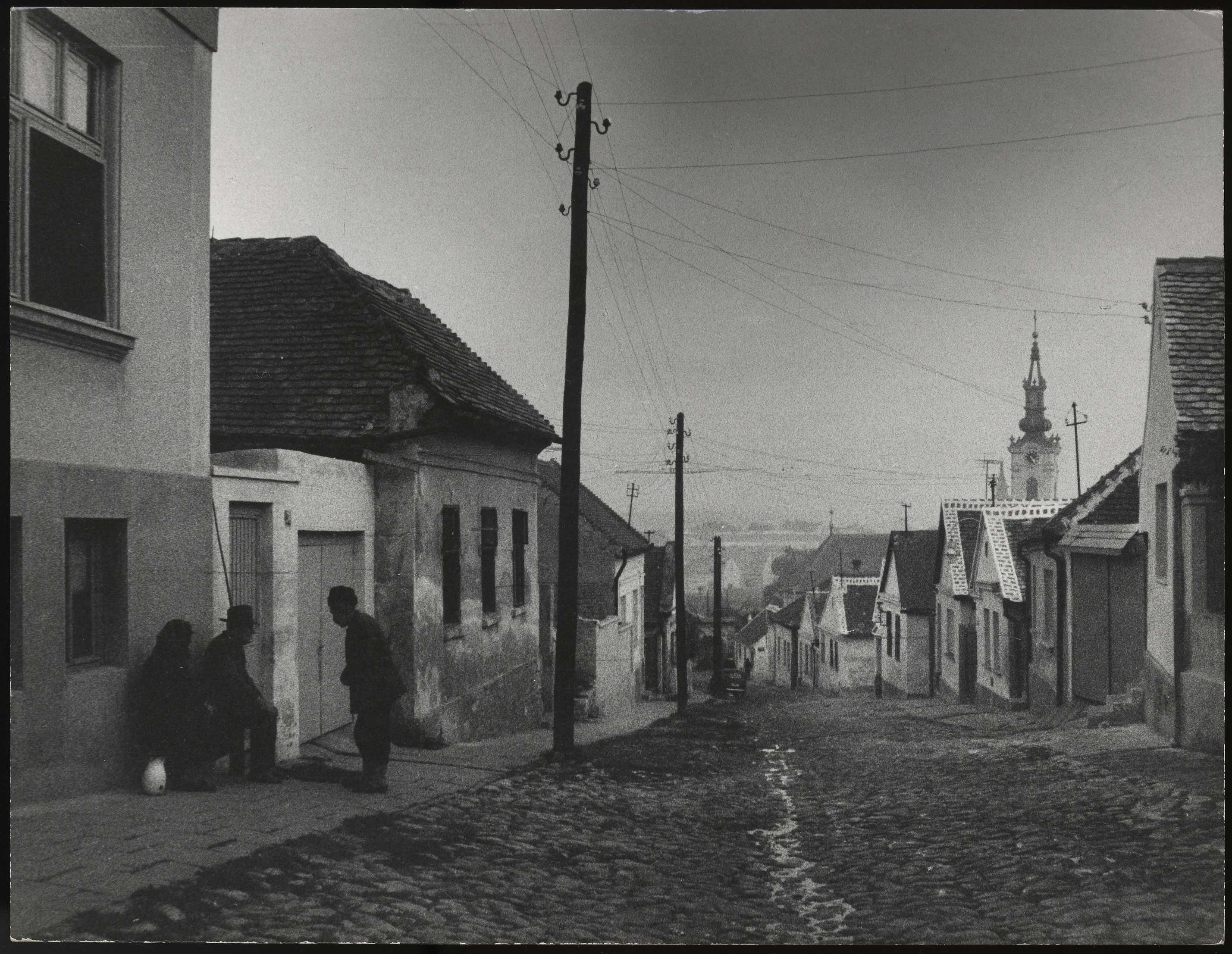 At the same time, the elevation that the tower was built upon was the most prominent part of Zemun’s settlement. The altitude of about 105m – approximately the same height that the Kalemegdan fort is located on the opposite side of the river – was the ideal position for an object which would, among other things, serve as a watchtower. With a tower about 36m tall, the illusion of height was created, making Gardos look like a hill.

What has always made the Millennium tower look specific, was certainly a combination of various historical and architectural styles. As the tower was the symbol for centuries-long Hungarian rule, the architects of the time decided to dress it in an eclectic fashion. Using brick and stone, the project builders mostly brought out Roman elements, while the symbol of Hungarian domination lay in the national markings of the kingdom. That was how an eagle found its place at the top of the tower, with a wing span of over 4m and a menacing gaze turned towards Belgrade, the city which the Hungarians then had full claim on.

And the mighty bird on top of the fortress officially rose above the capitol city on 5th of August 1896, about 15 days before the official formal opening of the Millennium tower.

The opening was accompanied by religious services which were held in every church in Zemun, while certain sources state that the area around the new architectural attraction soon became one of the favorite pedestrian areas for denizens of Zemun. Namely, right after the construction was finished, a small park was arranged around the tower and its location was more than ideal. In addition to the border with the neighboring Kingdom of Serbia, the tower gave a magnificent view of the lower city and the Great War island. Moreover, even today this place continues to exude a medieval ambiance, thanks to the original city architecture and a labyrinth of narrow, curving streets, brick staircases and worn cobblestone. 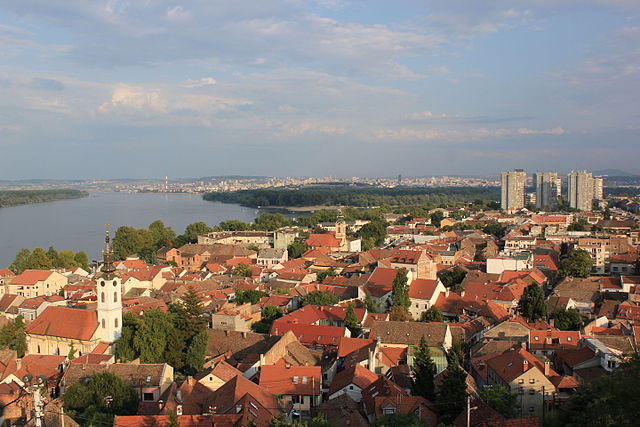 Photo: Wikipedia/Julian Nitzsche - View of Zemun and Belgrade from Gardos

The building that continues to awaken the fascination of visitors.

What was the pride and joy of the Hungarian Kingdom gains a new purpose from the start of WWI. Due to its specific position, the Millennium tower served as a watchtower for spotting the incoming enemy army. The Austro-Hungarian units used it as a rapid fire nest, and immediately after the war began the architectural monument suffered the first damages. One year after the war was over, damages were repaired, but the ill fate of the Kingdom of Austro-Hungary was already sealed.

Its falling apart came not long after the war ended, only two decades after the Millennium tower was erected. Here’s how the historians marked this occasion:

“On the foundations of once powerful empire, new national states arose. Four towers in four ends of the territory which the Hungarians considered their own were now scattered outside the borders of the Hungarian state. Three of them were soon torn down and only the one in Gardos remains standing, a forgotten monument to a dead empire.”

And this “forgotten monument” today is among the oldest constructions left behind the old core of Zemun. From the tower you can see a beautiful view of Danube, Belgrade and Zemun, which is why the Millennium tower became one of the most visited tourist destinations of the capitol. Due to its cultural and historical importance the tower got its new and restored appearance, and as of 1948 – along with the medieval Zemun fortress – is under the protection of the Institution for Republic of Serbia monuments.

What’s also interesting is the legend about the secret passageways, according to which there is a tunnel in the basement that leads under the Danube and all the way to Kalemegdan fort. Today the only thing reminding us of its source symbolism are the historical writes – not even the eagle is perched on its top any longer. As a part of the tour of Gardos, the visitors in the Millennium tower can see the permanent museum exhibition dedicated to Milutin Milankovic, while the art atelier Cubrilo was reserved for the lovers of design, graphics and photos.