Old steam-powered mill, a building that has guarded the memory of old Belgrade for over a century

The early morning silence of Topciderska street is suddenly broken by the huffing of a steam engine. The mills of the First shareholder bread association for food processing in Kingdom of Serbia came to life.

This never-before seen marvel, chock full of state of the art machines from Germany and Austria, began work in the heart of the capitol city’s industrial zone only one year after its foundation stones were set in 1901. “People of Belgrade, there will be bread for all”, the steam engine seemed to promise.

It all works by itself

The old mill – as it is known today by most Belgraders – was the first production plant of its kind, based on a shareholder association and considered to be owned by the industrious Belgrade family Veljkovic.

The steam-powered automatic mill was latest generation technology between the two centuries. It really did most of the work itself. Like a living organism, it would grind the wheat, sift it and pack it into bags, ready to transport.

Just in case, there were also dynamo machines set up next to the steam engines, so there was no possible way the work could be interrupted. With the arrival and advancement of electric power in Belgrade, the mill itself gained various upgrades. It became electricity-powered, making it the first in the country to operate using ‘clean energy’, a point of national pride that could stand on par with mills from all around the world. 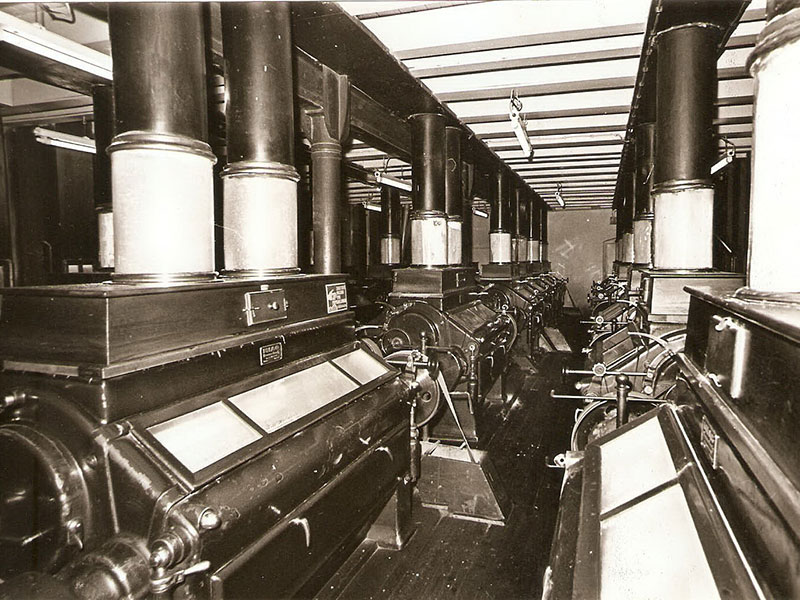 The entire complex occupied considerable space. In addition to the building housing the main mill, there was also the engine room, the countryside mill, the residential area, the storage, sheds and stables.

The housing itself was made using the highest quality materials and was a reputable example of the masonry art of that time.

The walls were made out of full brick and the thickness of the walls on the ground floor was up to 80cm. The main building consisted of two parts. In the extended part of the building there was all the heavy machinery and the grinding area for grinding, cleaning and sifting the flour. In the side area there was the storage area for wheat spanning on three floors.

Alongside the street itself and next to the building of the State printing house, there was another small building with an office and reception desk, which was later demolished to construct the Mostar traffic loop. According to the information listed in the book “The history of Belgrade’s industrialization” by Dragan Petrovic, the real estate of the mill’s location was estimated to be worth about 2,668,000, the machinery 3,700,000 and the entire property in 1933 was worth about 21,140,000 dinars.

And then chaos ensued.

The production plant became one of the targets of the bombs that devastated Belgrade in 1914.

During WWI, the old mill could only stand in silence while the Austriance used its machinery to light up the Sava bridge.  Of the entire complex, only the small countryside mill was operational, defying the time period it found itself in. 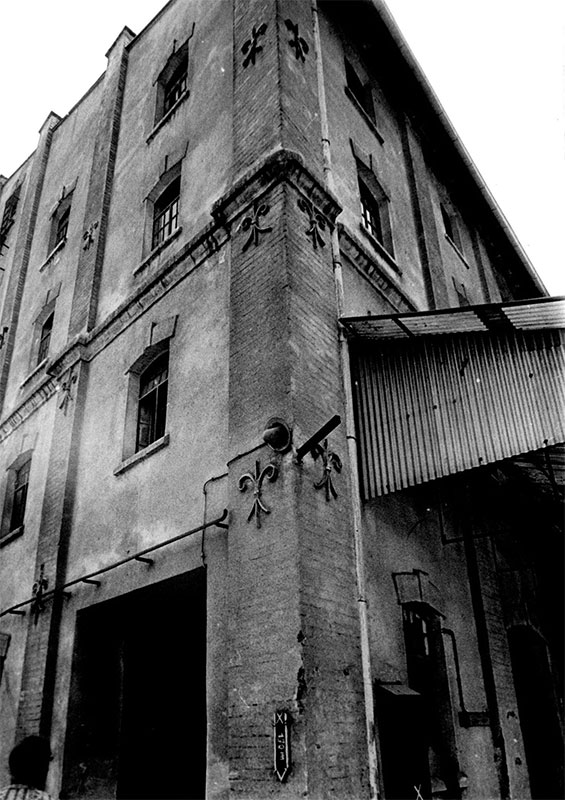 The people could hardly wait for the “Great War’s” misfortunes to end. Hardworking Belgraders tirelessly rebuilt the city, so the steam-powered automatic mill was also reconstructed. Already in 1921 the machine reconstruction was over and the mill was ready to work once again.

In the years after the war, the country advanced and the “First shareholder’s mill” had to keep up. The mill’s production plant was rehauled already in 1928, when new machinery was installed.

Modernization was continued in 1937, when they installed new machines produced by the German company “MIAG” introduced by Vojislav Veljkovic, as a representative of the majority of shareholders. This way the mill returned to the path of old glory. On the turn between two world wars, the old mill became the most important production plant of its kind in Yugoslavia of that time. 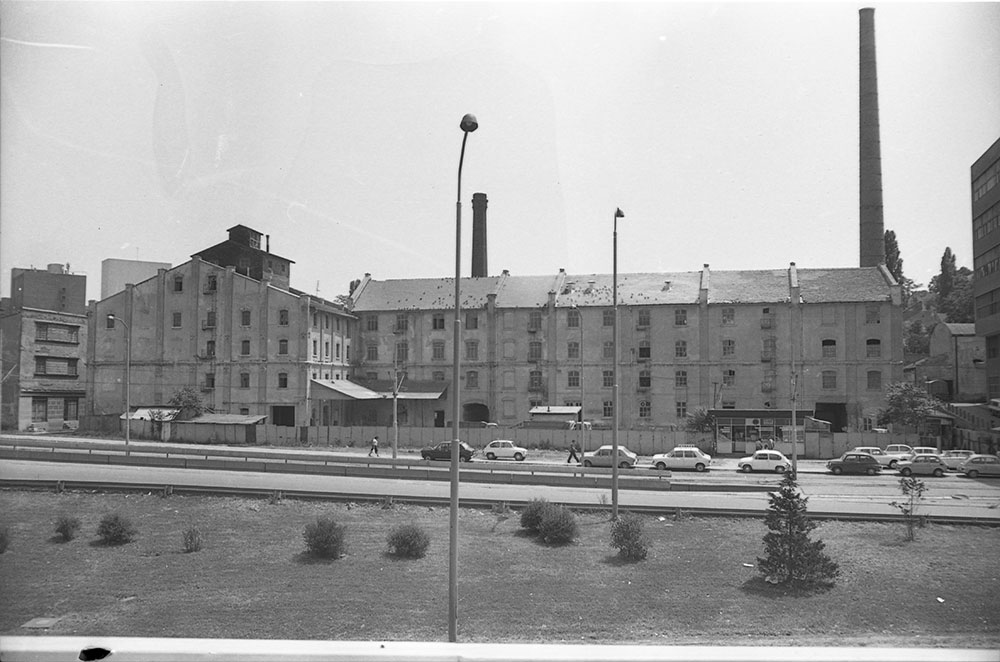 The mill after a new war

The production plant managed to survive WWII and saw the post-war confiscation “for the people”. This was when the state took it away from the shareholders as a debt and changed its name to “State mill 9th of May”.

Interestingly, even though it was declared a monument of culture in1987, the old mill “worked” as a storage area for “Zitomlin” and also served as a location to film the famous movies “Bulevar revolucije” and “Mi nismo andjeli”.

Then, on 3rd of November 1994, the mill was caught in a massive fire that destroyed most of anything of worth. Privatization took hold as quickly as next year. Namely, the Savski venac municipality (all 6,800m2 and 72 acres of property), exchanged it with the private company “Koling” which gave in return 800m2 of residential space in the periphery of Belgrade.

“Koling” later sold the mill. Various investors showed up with the intention of constructing various buildings, but the problem was always the dispute of ownership, seeing how the mill had been confiscated after the war. 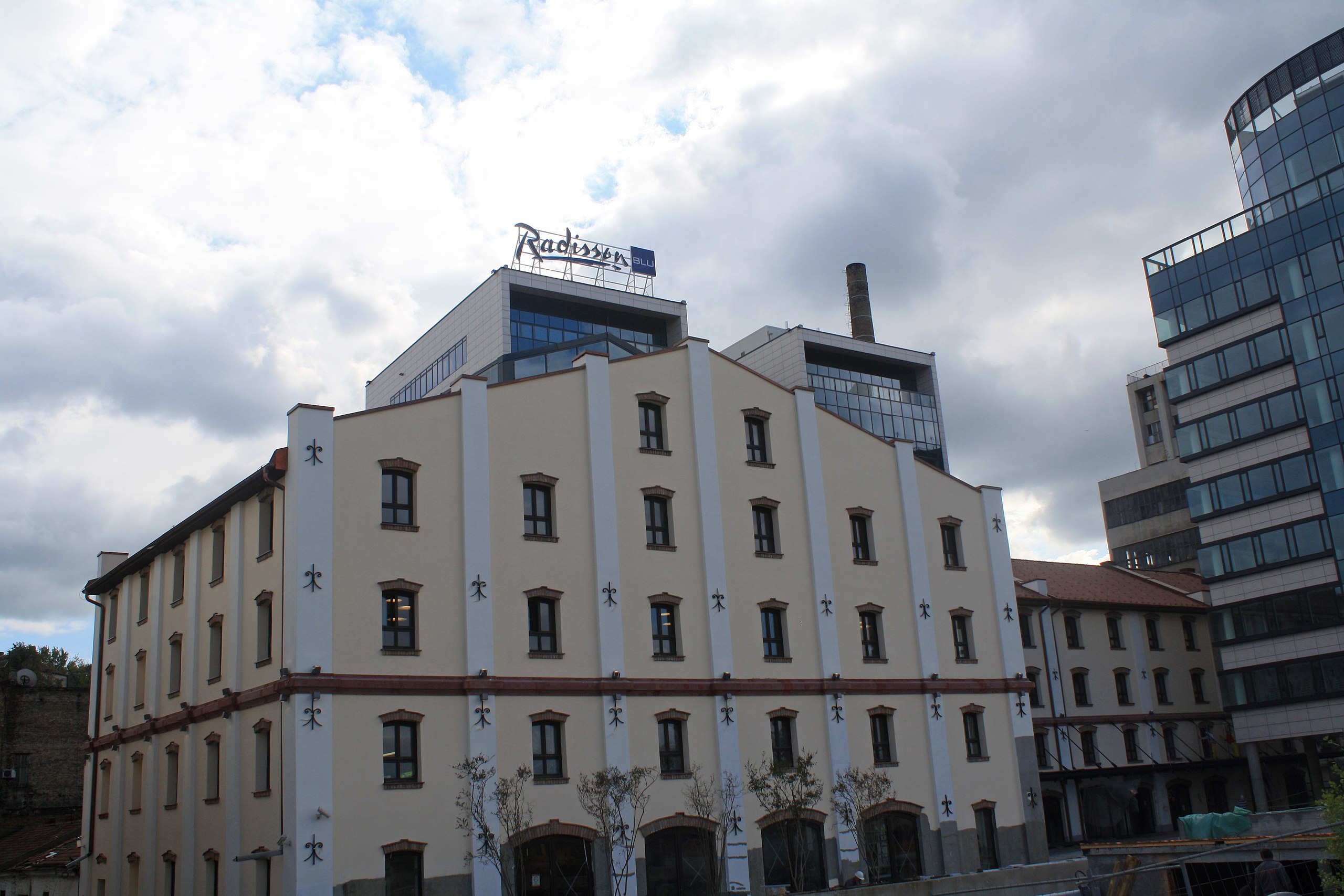 Luxurious hotel in place of the steam-powered mill

The institute for Belgrade culture monument protection decreed in 2011 a set of strict conditions of restoration and conservation in order to preserve the mill’s authentic appearance. After it was renovated, the luxurious hotel “Radison Blu” began work in it in 2014, worth over 55 million euro, led by Austrian investors.

The business building of “New Mill” is located right next to the hotel Radisson Blu Old Mill and together they form the “Old Mill Complex”. The building of the old mill was restored and combined with the modern architecture of the new hotel and business building to form a unique blend of historical and modern design.

The style of the architecture is n the spirit of Dragisa Brasovan, the man who projected the neighboring building of the National Printing House. Thus an urban-architectural whole was formed in this part of the city and the mill got a new glow.