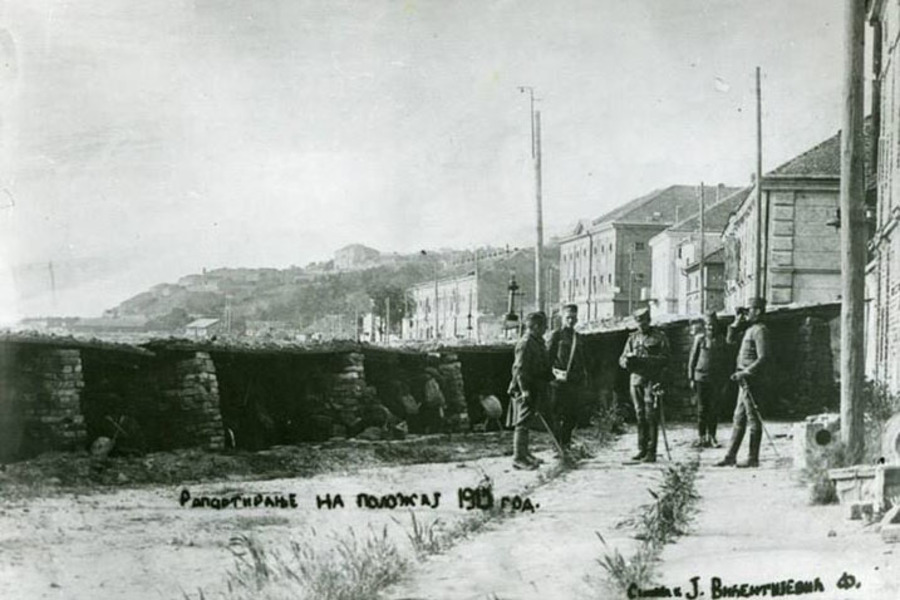 On that historical “Vidovdan” day in 1914 Gavrilo princip assassinated the Austro-Hungarian prince Francis Ferdinand and his wife Sophia and began one of the bloodiest events in the history of Belgrade and the world – WWI.

After the declaration of war in the night between 28th and 29th of July that year the attack on Belgrade began. During the first year of war conflicts the city was bombarded continuously, from Bezanijska kosa, Borca, Zemun and the boats sailing on Sava and Danube. The entire first year of war was marked by devastation, fires and death. The number of casualties was immense. The survivors sought refuge in shelters and exile.

Many volunteers were quick to aid the military and the city withstood the attacks of enemy armies who weren’t expecting the amount of resistance they faced. The Austro-Hungarian army attempted to cross to the Sava pier with boats but without success.

One of the most famous attacks on Belgrade happened in this period, on the bridge leading across Sava. More precisely, the bridge located in the spot of today’s Old Railway bridge. In order to prevent the advances of the enemy army into the city, the Serbian army decided to blow up the bridge. Due to the force of the blast many buildings in Senjak were damaged.

„The enemy will be destroyed”

In September 1915 the attacks become more intensive, which led to the 5th of October when day and night Belgrade bombarding began. According to some estimates, on that day over 30 thousands of artillery grenades were fired. The city was covered in smoke and ashes, many settlements were devastated and human casualties were immense. Two days later, on the 7th of October the Austro-Hungarian army landed in the area of Ada Ciganlija  across Sava and Danube in the base of Kalamegdan. After the boarding, infantry battles began. The enemy was resisted with machine guns and hand grenades. The fights lasted for four days and took place on the river islands, dams and cities. A large number of civilians also participated in the battles, when the old, the women and the children took the guns of fallen soldiers and joined the fight.

Despite the fact that the enemy had a significant advantage in numbers, Belgrade’s defense command ordered further defense of the city with reinforcements of other divisions. Despite several successful charges at the enemy army and their retreat towards the banks of Danube, Austro-Hungarian units get their reinforcements and stops the Serbian army’s charge. At the same time they neutralized the Serbian artillery in Kalemegdan and Great Vracar which was a loss that Belgrade’s defense couldn’t cope with.

Casualties grew and the awaited reinforcements never came. Even though the most logical solution would’ve been to pull back, the Defense of Belgrade decided to counter-attack instead, guided by the famous words of Major Dragutin Gavrilovic.

“At exactly 3PM the enemy will be destroyed by your powerful charge, blown up by your bombs and bayonets. The pride of Belgrade, our capitol city, will remain unsullied. Soldiers, heroes! The Command Headquarters have erased our squad from their numbers, our squad has been sacrificed for the honor of our country and Belgrade. You have no reason to worry about lives that you don’t have any longer, so onward to fame! Long live the King! Long live Belgrade!”

The defenders of Belgrade fought heroically, but all the soldiers under Gavrilovic’s command died, while he was mortally wounded. The enemy forces were stronger and quickly advanced into the city, while the fighting went on into the night. The German and Austro-Hungarian armies continued to transport into the city over Sava and Danube, but not without significant losses.

In the morning of 8th of October in 1915 even more intense attacks ensued while Belgrade’s defense units continued to fight. After Banovo hill, Cukarica and Topcider hill were taken, the conditions were formed for the German and Austro-Hungarian armies to enter the city. The defense didn’t give up even after that, but on the 16th of October there was retreat, when Belgrade was officially taken and Belgrade’s defense units left the city.

Heroism respected even by the enemy

The total amount of time which Belgrade spent under occupation is between 1st and 15th of December when a counter-offense was launched by the Defense of Belgrade and won a major military, moral and political victory. The next period of occupation lasted from October 1915 to 1st of November 1918, the day when Belgrade was liberated by the First Serbian army under the command of Petar Bojovic. 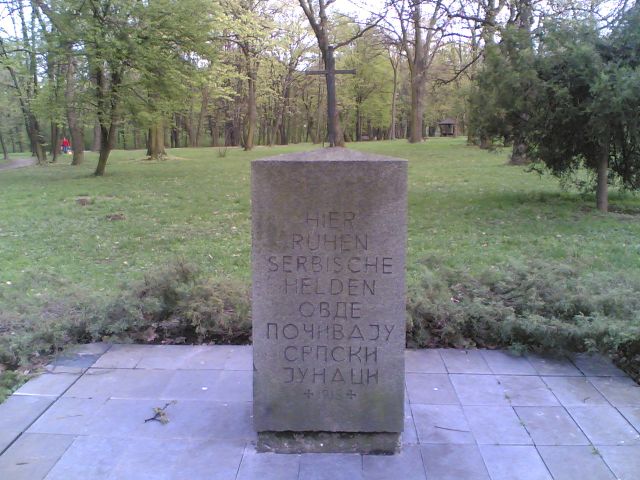 The losses suffered by all sides in WWI were immense. The civilians suffered huge casualties and the number of destroyed buildings was never fully known.

Despite all the losses, the defenders of Belgrade were widely respected, even by the enemy armies. This is best shown in the fact that the monument to the heroes who fell defending Belgrade was erected by the German Field Marshal Mackenzen after the city was conquered in October 1915.

This monument remains standing today and on it there is the following writing, in German and Serbian: “Here lie Serbian heroes”.