( 16 Tsar Dusan street )
First Belgrade Gymnasium was established in 1839 from where it draws its long tradition. It is located on what was once a gate Vidin, near the Church of Alexander Nevsky where once stood the entrance to Belgrade. At first, the establishment of high schools had only two grades, however, are the next four years and assembled the three remaining so in 1842 it became a full gymnasium.

The first teachers in this school were Mihajlo Popovic (who was also the director of the school) and Basil Berar. Since the 1844 reforms of education in Serbia, the sixth grade was introduced to the high school elevating it to the status of European schools. That same year, high school gets its own library and books. 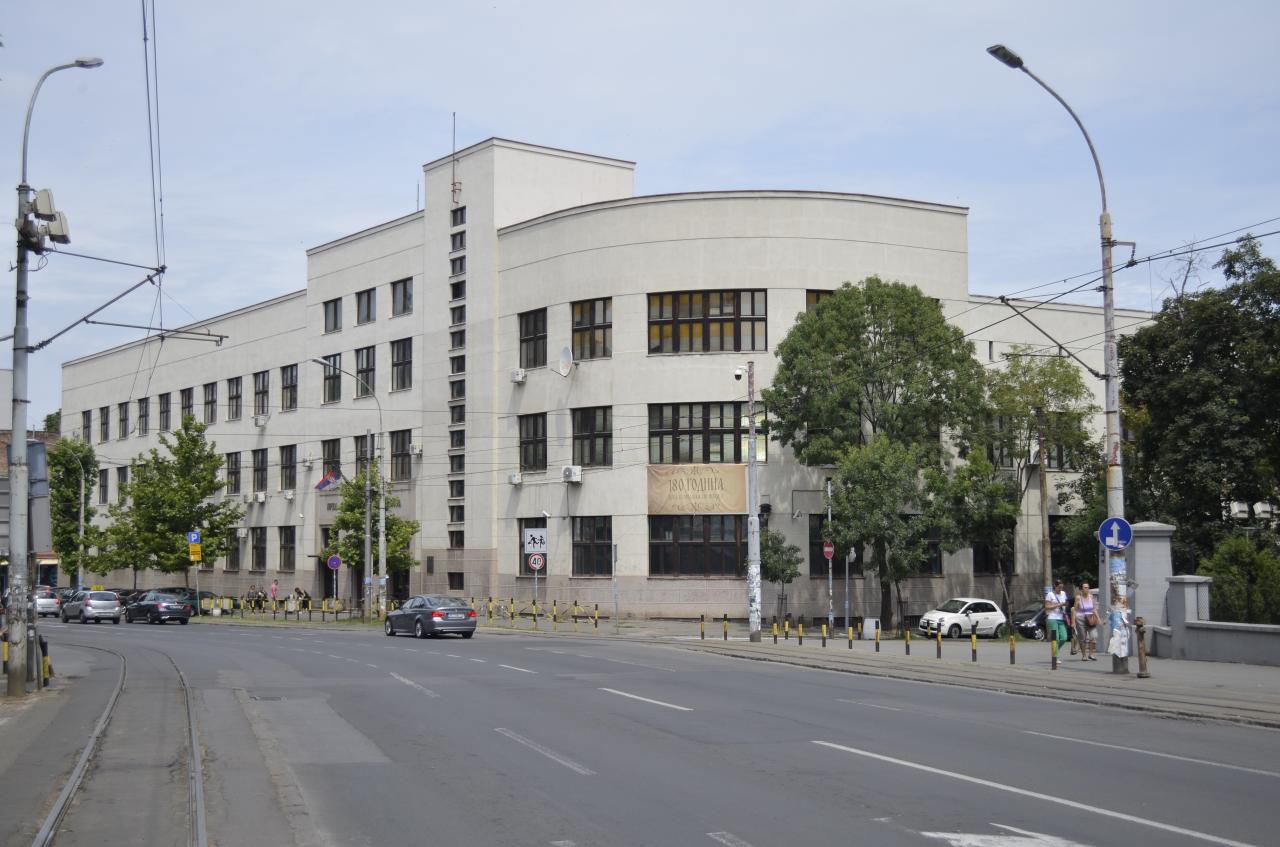