The building of the St. Sava was constructed by its namesake company, established in 1886. The purpose of it was the “broader education and national feeling " in the nation. It housed the government and institutions of society. Responsible for the construction of the project was the architect John Ilkić who devised the general concept to academic principles , which are given to see the symmetrical arrangement of the facade , but in itself the main façade was designed in the spirit of romanticism with elements of the Renaissance style and neobyzantine. 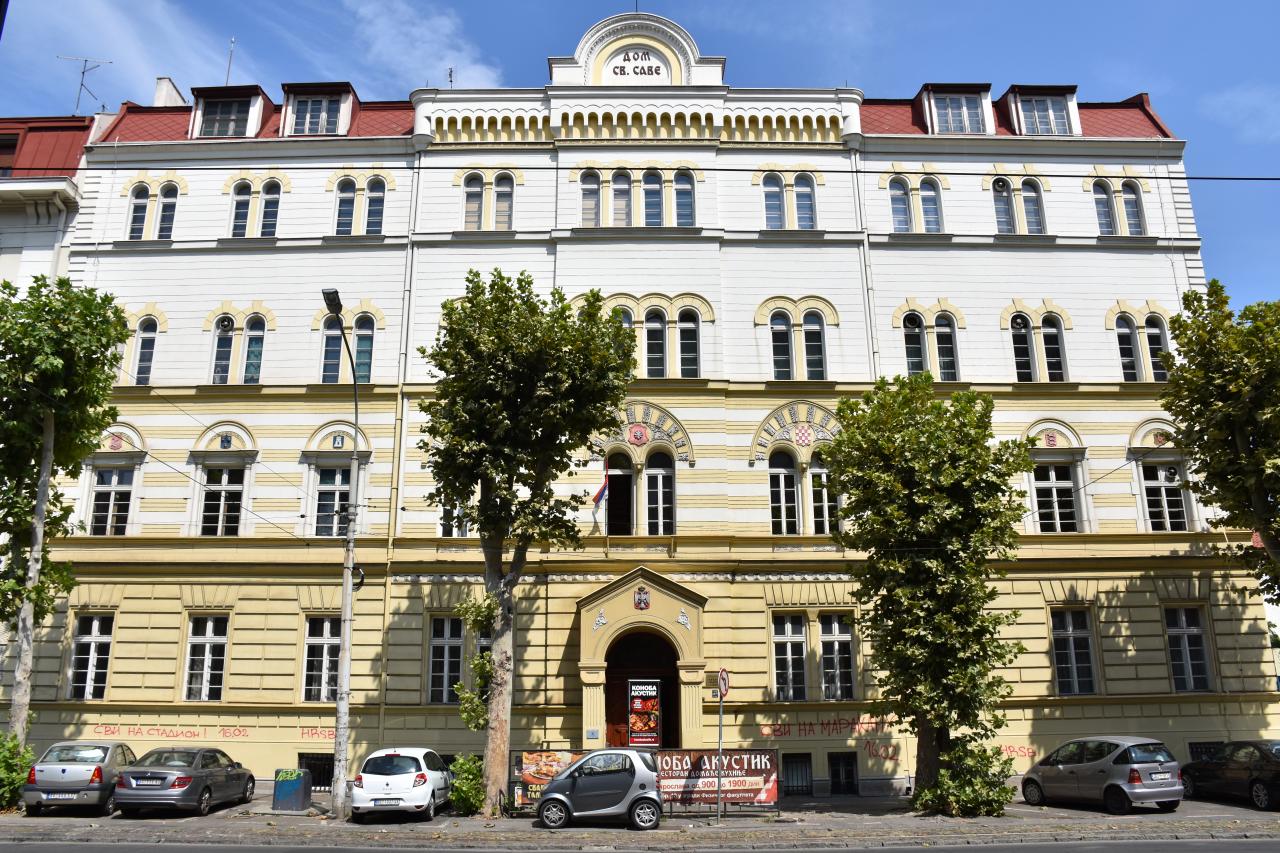