Monument of Gratitude to France

The sculpture was created by the sculptor Ivan Mestrovic and is located in the very center of Belgrade, in the Kalemegdan park. The monument was placed on 11th of November in 1930 as a sign of friendship, mutual assistance and cooperation between Serbia and France during the First World War. The sculpture represents a woman holding a sword, symbolizing France, which rushes to the aid of Serbia, and on the east side of the monument there is a woman sitting relief, representing the Sorbonne, educational assistance for Serbian youth during and after the war. Erection of the monument was funded by voluntary donations of the Friends of France and the Association of former pupils of French schools. 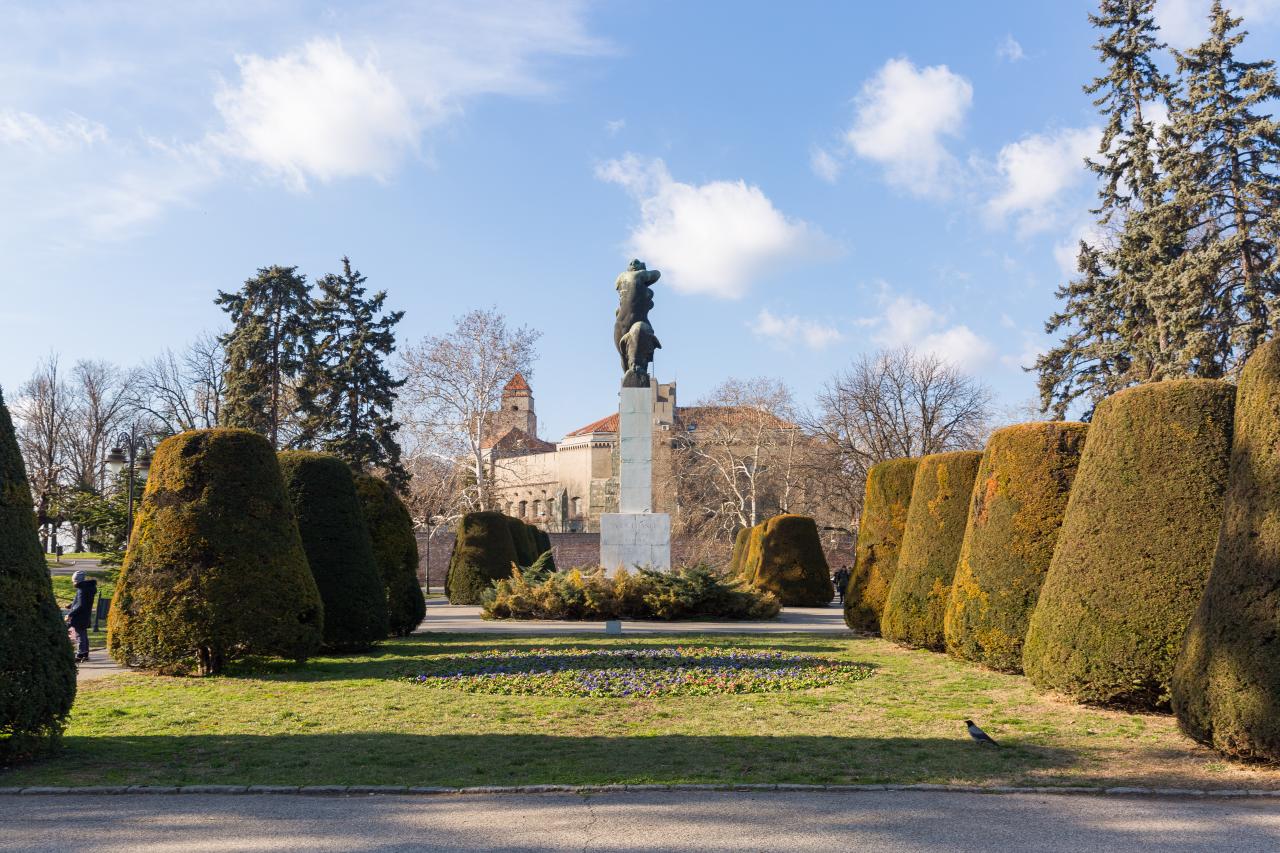