This monument to our great writer and educator was built in 1914 thanks to the efforts of Serbian Literary Association and Jovan Skerlić . The idea of erecting the monument had been present since the mid 19th century and achieved in 1911, during the celebrations of the centenary of the death of Dositej . The monument was originally located at the entrance to Kalemegdan park, standing as the counterpart for the Karađorđe monument in the end of the main avenue along which were located many other historical figures of Serbia . During the formation of the University Park during the thirties of the 20th century, the monument was moved here and set up opposite the monument to Joseph Pancic. The monument is a bronze statue, built by sculptor Rudolf Valdec and shows the first Serbian educator as a “hero of the pen" who travels the world in search of knowledge . Dositej was presented on the go with the hat , books and a stick in his hand and the lower part are his words : "the next study , the centuries". This monument has become one of the most important works in the creative work of Rudolf Valdec . 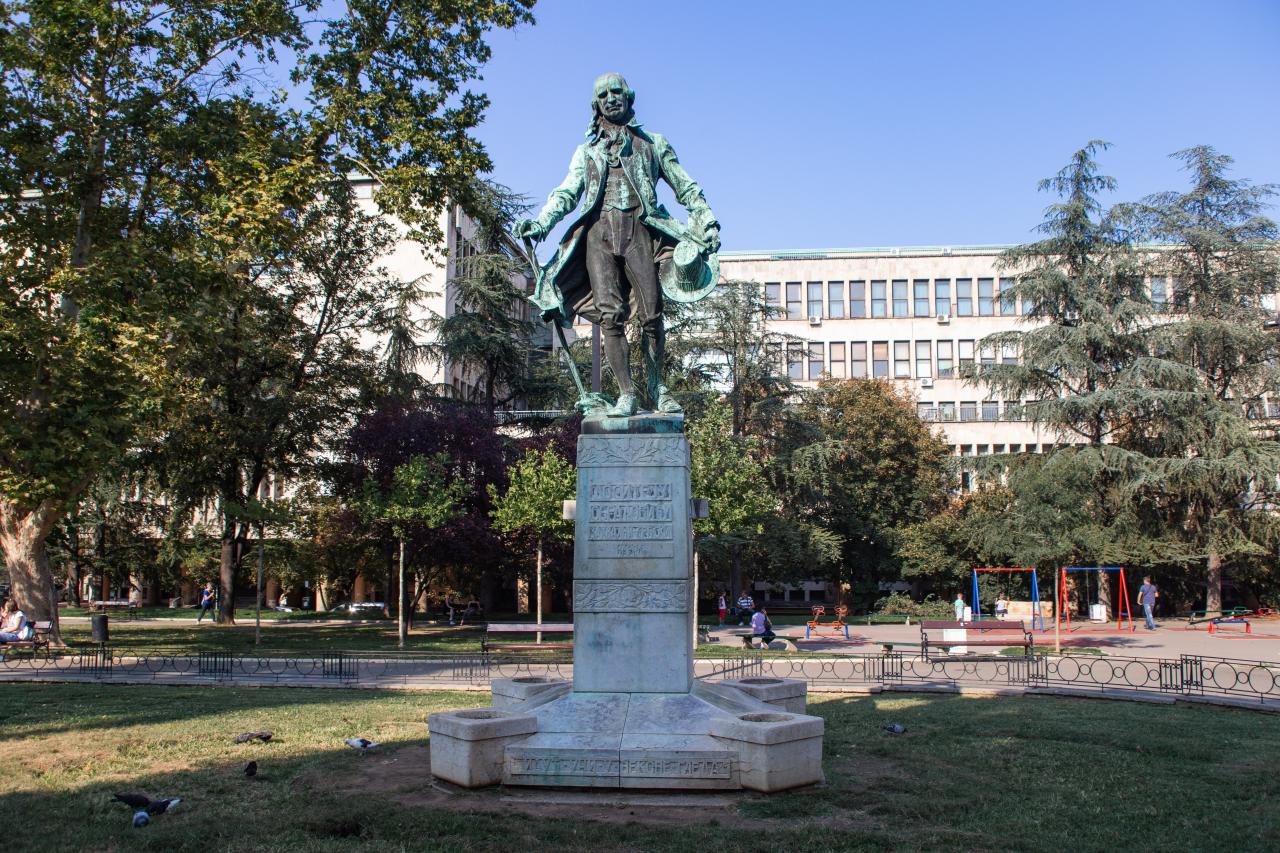